Legal Marijuana Is Costing People Valuable Opportunities, Even if They Never Touched the Stuff

Marijuana is quickly becoming legal in the majority of the United States. Whether it becomes legal on the federal level is only a matter of time. The biggest challenge is it still holds a lot of its former taboo. And some employers and colleges would rather not deal with anybody even remotely involved with marijuana industry out of principle or concern.

Take a look at what’s happening in the job market now that marijuana is becoming more widely accepted.

An applicant was denied a scholarship just for being from Colorado The student received this email from Mike Jeffcoat. | Spot_onspot via Instagram

Mike Jeffcoat, the baseball coach for Wesleyan University, responded to an applicant by telling him they “are not recruiting players from the state of Colorado.” He told the student he could “thank your liberal politicians.” The coach’s concern was with young students from Colorado passing drug screens for the school. Despite the fact that the student had never smoked marijuana, he was denied playing for that school.

Next: Some might lose their jobs because marijuana is no longer a crime.

Even drug-detecting dogs are affected by this. | 805promo/iStock/Getty Images

If you have ever heard the phrase, “You can’t teach an old dog new tricks,” then this is actually extremely relevant to K-9 units. Drug-detecting dogs are trained to smell all manners of illegal substances. But when they detect those substances, they have one signal. And the signal for cocaine is the same as the signal for marijuana.

So if you have a dog give you probable cause for a positive detection, there’s no telling whether it’s weed or coke. It’s difficult to train a drug dog to not do that anymore. So these dogs have become obsolete and might need to be replaced.

Next: Some people might have tried to jump on the pot rush, but it ultimately tarnished their resumes.

Employers might be discriminating again employees who have worked in the marijuana business. | Uriel Sinai/Getty Images

Surprisingly, a good amount of marijuana industry workers did not get high on their own supply. They merely sought an opportunity in an emerging market. When that didn’t work out for them, they went to seek employment elsewhere.

The only problem is employers are willing to pass over a resume if they see the applicant was working in the industry. The main concern is with passing a drug screen for employment. Why take the time if you are likely going to fail? That’s the thinking, even if that premise is completely invalid.

Next: Here’s how employment drug screens in legal states can be daunting.

Even if it’s legal, you can still fail a drug test

There are loopholes to be aware of. | Jupiterimages/iStock/Getty Images

Marijuana is still federally illegal. That means a lot of national and international companies will still terminate your employment if you have consumed any marijuana. Imagine having to explain your reason for termination in the next job interview when you were terminated for failing a drug screen. The only thing you can do is be honest — and hope they smoke weed, too.

Next: Cops in states that have legalized marijuana are in a precarious situation.

Becoming a cop is pretty hard

Police officers have a hefty background check to go through. | Jewel Samad/AFP/Getty Images

In Seattle, the police department had to change its policies regarding marijuana use. The previous rule was a police officer must have three years between their last use and being hired. Now that has been reduced to one year.

But that varies from state to state and creates a little bit of a problem when you look at community engagement and policing tactics. Using marijuana is a really good way to befriend members in your community if you’re a police officer.

Next: Intermediaries are even having a hard time.

The quandary of staffing services

Even employers who approve of marijuana use have trouble with rules. | Uriel Sinai/Getty Images

Staffing services are a particularly hard area to operate in. Take, for example, business owner Dottie Peterson in Colorado. She doesn’t care if any of her staff goes home at night and burns one down, according to Cleveland.com. However, she is obligated to the companies who use her employers as staff. How do you reconcile that gray area while being true to your principles?

Next: There’s nothing to protect you as an employee when it comes to these situations.

There are no protections for you

You are unprotected when it comes to this. | DragonImages/iStock/Getty Images

As far as the federal government is concerned, marijuana is a Schedule I drug with absolutely no medical benefit and is an illegal, dangerous narcotic. There are no federal employment laws to protect you from being denied work for consuming a drug that is legal in your state. Even if a state passes protections, the federal government trumps those rulings.

Next: Here’s how that can change.

Laws and attitudes need to change 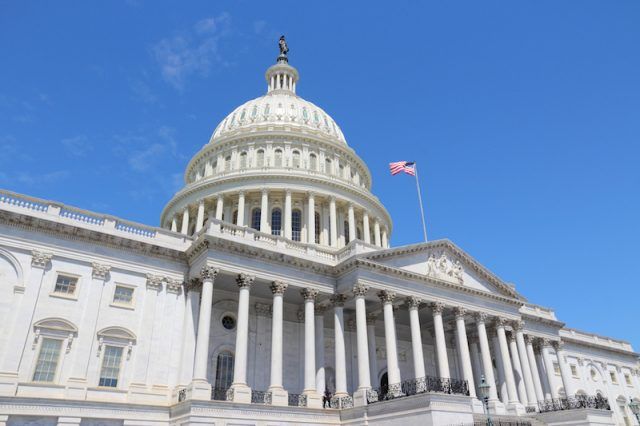 If we legalize marijuana, it could get rid of the stigma surrounding the drug. Once that is done, the economy could benefits as workers would find it easier to secure employment. Portugal is one example where decriminalization has already paid off.