Living Longer and Other Surprising Health Benefits of Drinking Coffee

Coffee drinkers, rejoice! Most of us have been made to feel guilty about our coffee consumption at some point in our lives. However, according to recent studies, coffee has some seriously surprising health benefits.

From living longer to enhancing your brainpower, here’s every surprising health benefit of drinking coffee.

A study published in the journal JAMA Internal Medicine on July 2, 2018 found that drinking coffee can actually increase your chances at living longer. Surprisingly, that even goes for people who drink up to eight cups a day. Almost half a million British coffee drinkers were observed, and it was found that their chance at death over 10 years was lower than those who don’t drink coffee.

“Overall, coffee drinkers were about 10 percent to 15 percent less likely to die than abstainers during a decade of follow-up,” Associated Press News reported. “Differences by amount of coffee consumed and genetic variations were minimal.”

Whether you’re an instant coffee drinker, grind it fresh every morning, or prefer a decaffeinated cup, the study’s findings still stand true.

Lower risk of some diseases and cancers

In November 2017, studies found that three cups of coffee a day could ward off certain health issues. Researchers at the University of Southampton collected data from more than 200 studies (mostly observational), in which they looked at how coffee impacted the entire human body.

According to the BBC, “The strongest benefits of coffee consumption were seen in reduced risks of liver disease, including cancer.” Harvard School of Public Health has also found that the antioxidants found in coffee provide more cardiovascular protection, meaning a potential decrease in the risk of heart disease. 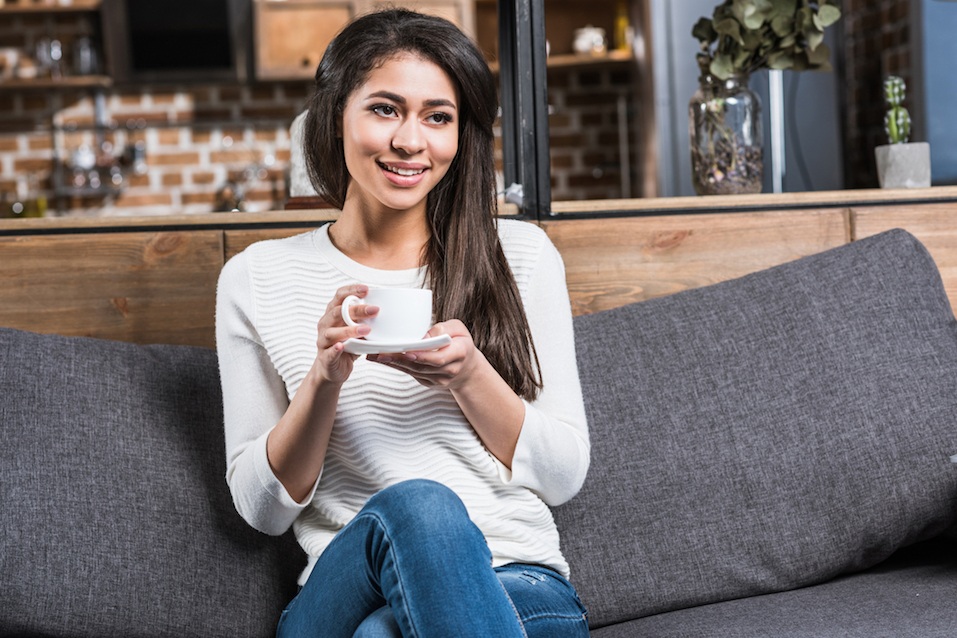 Thanks to the caffeine in coffee, your body will enjoy the benefits of an increased metabolism. As a result, your overall bodily functions may speed up, assisting in fat burning and weight loss. According to Health magazine, it will even help lower your risk of weight-related problems in the future, such as type 2 diabetes.

Plus, if you’re a black-coffee drinker, you’re in luck. It has minimal calories, so you can go ahead and enjoy a few cups without worrying about your figure.

Lower your risk of Alzheimer’s and Parkinson’s diseases

Moderate coffee drinkers are even doing their body good by providing protection to their brain cells. According to Health magazine, this means lowering the risk of Alzheimer’s and Parkinson’s diseases, and even dementia.

Harvard School of Public Health has also found that coffee consumption can stifle, and even possibly prevent, these neurological diseases.

Coffee is apparently beneficial to your brain in a number of ways. Michael Yassa, an assistant professor of psychological and brain sciences at Johns Hopkins, conducted a study on how caffeine affects our memories. Yassa and his team of researchers found a positive correlation between caffeine consumption and the ability to form long-term memories.

On top of a better memory, Health magazine found that you’re more likely to stay awake and alert. So go ahead and grab a cup (or three) — your body will thank you.