Look Younger by Saying Goodbye to These Bad Habits

Your habits and lifestyle influence how long you’re going to live. Your sleep quality, sex life, and even how often you wash your hands can determine how young — or old — you look from the outside in. Ditch these bad habits to look and feel younger ASAP. If you overuse one beauty staple, you’ll look a lot older (page 10).

Take a short walk after that two-hour meeting. | Jacoblund/iStock/Getty Images Plus

Sitting too much puts you in danger of heart trouble, but that’s just one of many negative side effects. A sedentary lifestyle also ages you, especially as you approach 65. The American Journal of Epidemiology found that women between the ages of 64 and 95 had cells biologically eight years older if they spent more than 10 hours a day sitting and didn’t exercise for at least 30 minutes.

Next: Don’t miss out on this crucial activity.

2. A lack of sexual activity

There’s a very specific reason why you’re missing “that” glow. | Dolgachov/iStock/Getty Images Plus

Next: Are you a night owl?

3. Not getting enough sleep

Rest up — your future self depends on it. | Demaerre/iStock/Getty Images Plus

Losing sleep increases your disease risk, and research shows those who don’t sleep enough show signs of aging skin, says skin care specialist Annmarie Gianni. Uneven pigmentation, reduced elasticity, and wrinkles can heal as you sleep, so give your body the time it needs.

Next: A sweet tooth will make your health sour.

4. Consuming too much sugar 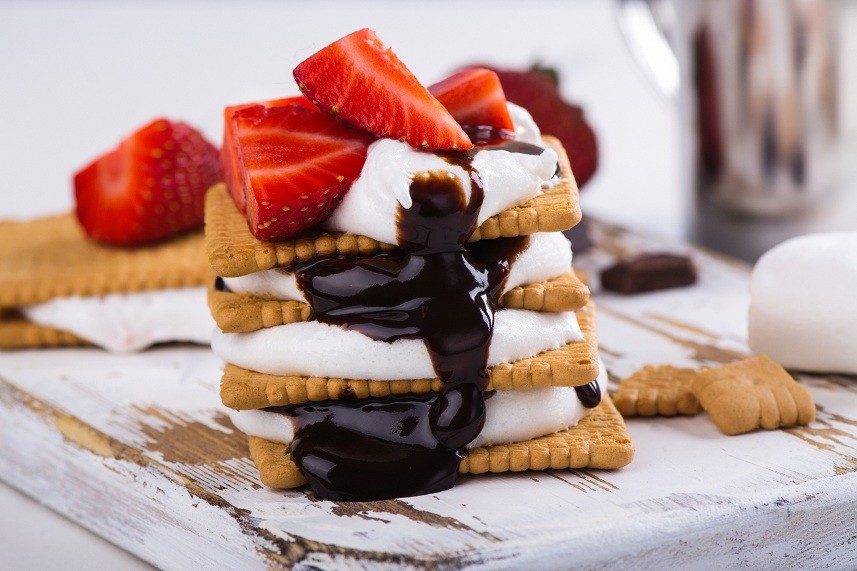 Looks can be deceiving. | iStock.com/happy_lark

Too much sugar can change your appearance, making you look older than you are. According to research, people with chronically high blood sugar actually look older compared to those who maintain normal blood sugar levels. Since a diet high in added sugars can destroy your energy, you’ll probably also feel older, too.

Next: Put your back into it — and you’ll look a lot younger.

5. Slouching all the time

Slouching can have serious side effects. | Andrey Popov/iStock/Getty Images Plus

Are you sitting up straight right now? If not, it’s time to correct your posture. According to Prevention, slouching while sitting makes you look heavier. It also interferes with circulation and increases stress.

Next: When was the last time you had coffee with a friend?

6. Isolating yourself from others 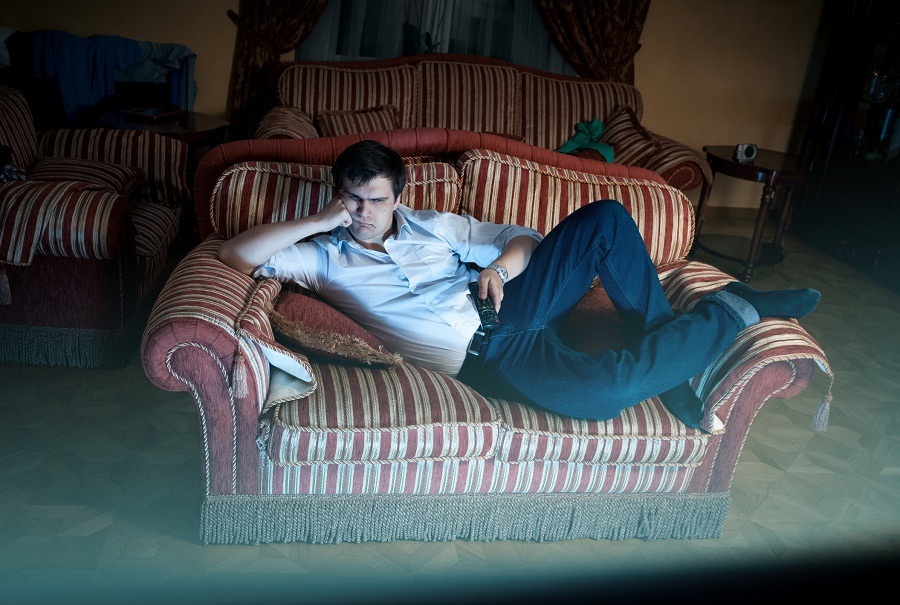 Spending most of your time by yourself can hurt you psychologically. Mental and physical health are closely linked, says the Mental Health Foundation. Conditions like depression can make self-care extremely challenging — often putting healthy eating, exercise, and even hygiene on hold. Maintaining even a small circle of friends decreases your risk for disease and can even extend your life, according to Seniorly.

Next: Doing this too much can damage your skin.

7. Cleansing your skin a lot

Constantly scrubbing your hands can age them. | Robert Przybysz/iStock/Getty Images Plus

Washing your hands is important — but it’s possible to take your hand-washing too far. Constantly scrubbing your hands can result in dry, wrinkled, and cracked skin, explains Daily Express.

Next: Don’t let the sun ruin your complexion. 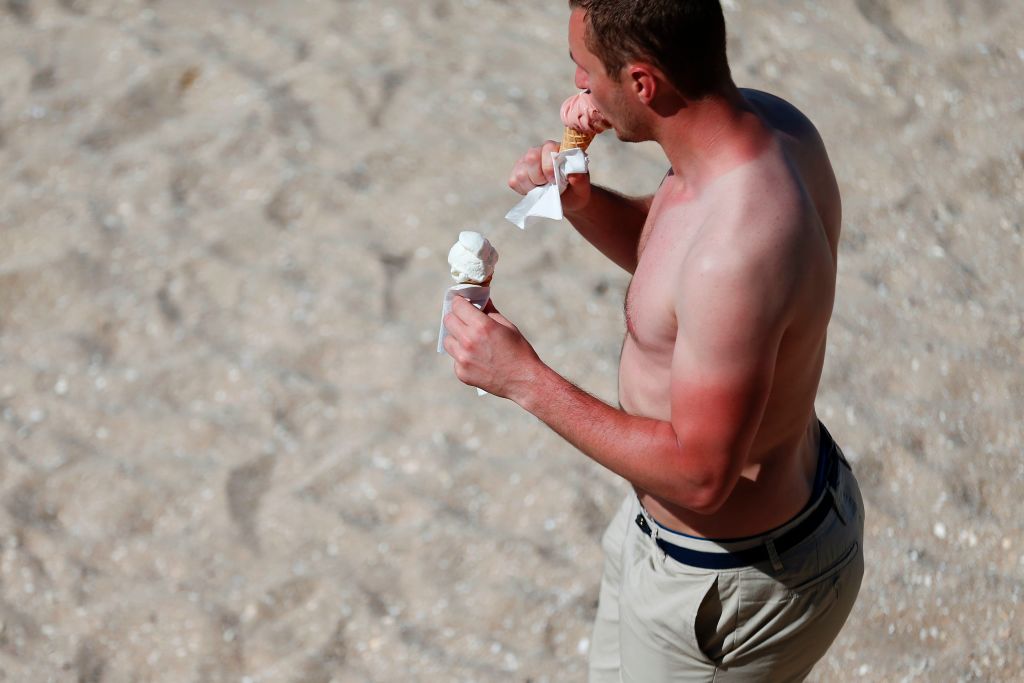 Sun protection hurts you inside and out. | Charly Triballeau/AFP/Getty Images

Your skin always needs protection from the sun — not just on the occasional beach trip. According to the Annals of Internal Medicine, those who use sunscreen up to four times per week are less likely to display signs of aging after nearly five years than those who apply sunscreen less frequently.

Crash diets are stressful … and your body feels it. | DragonImages/iStock/Getty Images Plus

Next: Don’t overuse this beauty staple.

10. Wearing too much makeup

Piling on the makeup can bring out creases and fine lines. | Michelle Patrick PhotographyLLC/iStock/Getty Images Plus

Using makeup to look younger? Don’t overdo it. The wrong products can suffocate and dry out your skin. According to Health.com, not washing off your makeup before going to bed is even worse for your skin. Clogged, irritated pores will ruin your complexion.

Next: Is it possible to do this one thing too much?

11. Not exercising enough — or too much

If you don’t exercise, you’re more likely to gain weight and suffer higher levels of stress. But the other extreme isn’t any better. According to Prevention, rest days — or resting one muscle group while working out another — are crucial for healing. Pushing your body too hard increases your risk of inflammation and reduced immunity.

Next: This is why stress is so harmful.

Blame your stress hormones, which can damage your body’s cells and change your appearance (and not in a good way!). Take steps to reduce your stress levels and keep your cells in good shape.

Next: Is multitasking hurting your health?

Multitasking does more harm than good. | Monkeybusinessimages/iStock/Getty Images Plus

Trying to talk on the phone, clean the house, and watch the news doesn’t actually help you do any of those things well. According to Express, your brain releases more stress hormones than usual when it tries to juggle tasks. A little stress is good, but too much can seriously age you. Besides, your ability to multitask gets worse as you get older.

Next: Listen to your mom’s advice.

Keep your fridge loaded with the good stuff. | olesiabilkei/iStocks/Getty Images

Many fruits and vegetables provide nutrients you can’t get anywhere else — nutrients your body needs to fight against diseases, oxidative stress, and aging.

Next: Don’t hold on to your anger for too long.

15. Holding on to grudges

It’s time to let some of those old grudges go. | Antonio Guillem/iStock/Getty Images Plus

Remember those stress hormones, damaging your cells in response to your fight-or-flight response? They do the same thing when you harbor feelings of anger and frustration for too long, Men’s Health says. Letting go of grudges can help prevent aging.