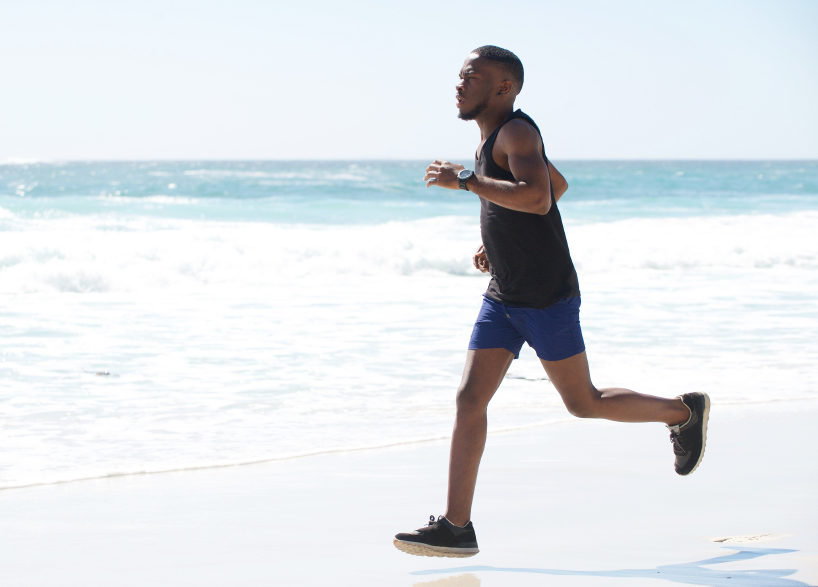 Running on the beach | Source: iStock

Losing weight and slimming down is a goal near the top of many Americans’ to-do list, but it isn’t easy. One of the main reasons we find it so difficult is that America, in particular, loves food. We eat a lot — and our appetites have grown in concert with our waistlines. For that reason, we are always looking for ways to suppress our appetite, be it through diets, medication, etc. But the absolute best appetite suppressant is one built into our DNA. The problem is that most of us are unwilling to put in the effort.

To cut to the chase, the best way to control your appetite is to exercise. That’s it — a workout will put those feelings of hunger aside better than any other appetite suppressant out there.

A new study all but confirms it. Researchers at Loughborough University in the U.K. recently released the results of a project that was aimed at finding out the impact of physical activity on calorie consumption. They compared that with calorie consumption after food restriction, to see how people responded, physically and physiologically, to the two different methods of energy deprivation.

“Where an energy (calorie) deficit was achieved by food restriction, participants showed increased levels of the hunger hormone ghrelin and lower levels of a hunger suppressing hormone peptide YY,” a press release accompanying the study says. “They also ate up to a third more at a buffet meal compared with another occasion when the same energy deficit was created via exercise (participants ate an average 944 calories following food restriction compared to 660 calories after exercise).”

Essentially, the researchers showed that the body’s natural processes responded with certain hormones differently to different types of caloric deprivation. But exercise actually led to less total calories being consumed, and found that participants were less hungry as a result — so physical activity was the winning strategy for suppressing appetite.

“Our findings provide a valuable contribution to the diet and exercise debate. We’ve shown that exercise does not make you hungrier or encourage you to eat more — at least not in the hours immediately following it,” said Dr. David Stensel, a Reader in Exercise Metabolism in Loughborough’s School of Sport, Exercise, and Health Sciences. “Our next step is to see whether this benefit continues beyond the first day of exercise.”

And that’s one of this study’s limitations: It only observed short-term changes. That, and all of the participants, in this case, were female. There is still work to be done to figure out how men and women may differ in the physiological reactions to hunger and exercise, but there is evidence out there that suggests a workout is a solid way to eat less — both because of the hormonal and chemical changes in our bodies, and because people may focus on eating better if they know they’re going to be working out.

You (probably) wouldn’t chug a bunch of beer if you knew you were going to be hitting the gym soon, for example.

So, using exercise as an appetite suppressant may be a good way to keep your caloric intake in check. If you know that there are certain times of the day when you start looking around for snacks, or maybe crave sugar or salt, you could squeeze in a workout. This won’t work for everybody, given work schedules and everything else, but if you can manage to get some exercise in during the middle of the day, it may help you control your appetite and boost productivity.

But for those who can’t drop everything and go out for a run when the cravings start to hit, you can stick to some other methods to control your appetite. There are several foods that can help stymie your hunger until the next meal, including certain spices, fruits, and nuts. Some people have a cup of coffee, which has been found to help people control their appetite.

The best way to keep your appetite in check, though, is to make sure you’re eating when you’re supposed to. That means you’re eating at the right times — i.e., not skipping breakfast — and eating healthy portions. Don’t starve yourself all day, then go crazy at Buffalo Wild Wings during happy hour. Maintain a sense of balance and control.

So, if you can’t shake the hunger, try get the blood moving. It’s the best appetite suppressant out there and will help you lose weight and slim down in the best way possible.