An otherwise healthy man recently experienced everyone’s worst nightmare: an asymptomatic tumor. However, his was a bit unique — it masked itself as a beer belly and weighed 32 pounds.

We rounded up all the details of the unique tumor, but during research, found something a bit more concerning — this asymptomatic tumor isn’t an anomaly and might be more common than you’d like (pages 6 and 7). 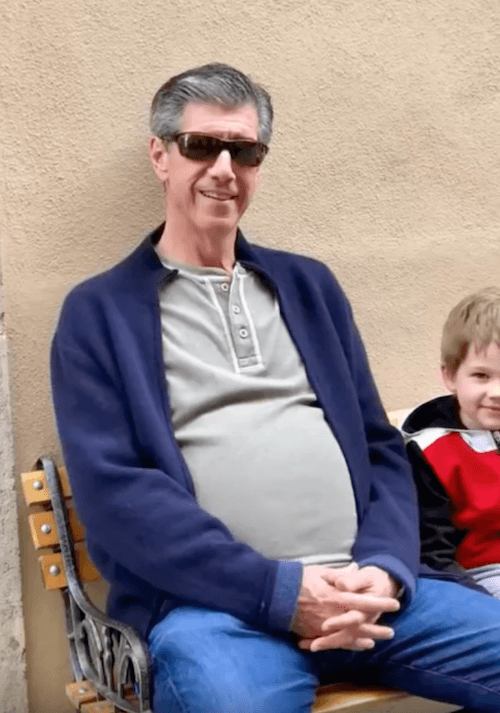 His stomach was abnormally big considering his weight, height and lifestyle. | Fox News via YouTube

Even though he was losing weight. Kevin Daly was surprised when his “beer belly” continued to grow — especially because he didn’t drink beer. Daly recently had open-heart surgery and shed nearly 40 pounds as a result, everywhere except his midsection.

“I thought they literally left stuffing and tools in me from surgery,” Daly told the Daily News.

Next: It’s scary when technology fails you, too

2. His ultrasound didn’t show anything

Months before they found the tumor, Daly pleaded with his doctor to investigate the inexplicable growth. He had to battle his insurance company to get an ultrasound. The concerning part? His ultrasound was inconclusive and didn’t explain the “beer gut.”

He finally convinced Dr. Varinder Singh, chair of cardiovascular medicine at Lenox Hill Hospital, to order a CAT scan. It was the cat scan that revealed a 12-pound tumor (he would later find it weighed nearly three times that) and left Daly terrified.

The surgeons were in for a surprise after they began the procedure — the tumor was actually a whopping 32 pounds. “It was the biggest I’ve ever seen,” Dr. Julio Teixeira told Newsweek. Two residents had to hold the tumor up while Teixeira cut it out. The procedure took four hours.

“It’s difficult to even wrap your hands around this tumor,” Teixeira commented. The tumor was approximately 12.5 inches by 12.5 inches by 14 inches in volume. “When they finally cut me open it kind of sprang out,” Daly said.

4. The tumor had been growing for more than a decade 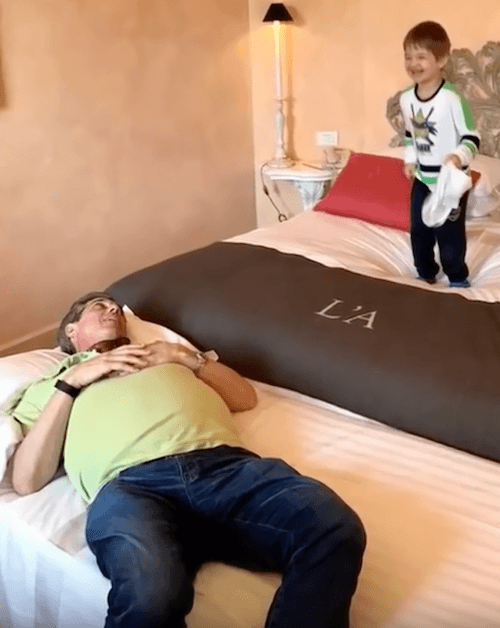 He had lived with the tumor for many years. | Fox News via YouTube

Teixeira believed that because the tumor took so long to grow (he predicted about 10-15 years) it had allowed Daly’s body to adjust to it. Luckily, this was why he had no symptoms other than his protruding gut. “Now they tell me it took 10 to 15 years to grow,” Daly said, “And they never really get to that size (because) something else usually fails.”

Since the cancerous tumor didn’t leak into the rest of Daly’s body, he faced few complications. The surgeons only needed to remove one thing other than the tumor (next).

Next: There was one complication with Daly’s surgery.

5. They had to remove a kidney

After the procedure, he was able to live a normal lifestyle. | Fox News via YouTube

The surgeons were surprised that the enormous tumor only affected one organ: one of Daly’s kidneys. It had wrapped itself around a kidney, so Teixeira and his team cleared it with Daly’s wife before removing the organ. “It is surprising,” Teixeira said, “Often when tumors are this big they tend to invade structures.”

Daly commended the surgeons after his procedure, noting all his organs were in the right place. “Before the surgery, my left descending colon was pushed under my sternum. I could touch it through my skin to make my food digest.” Daly also celebrated how he dropped back down to his college weight: a lean 187 pounds at 6’3″.

Next: The tumor was unique but not the first of its kind

6. This man had a tennis ball-sized heart tumor growing in him

Believe it or not,  a man once had a tumor on his heart the size of a tennis ball. | Hin255/iStock/Getty Images

Jake Cohen, 32 at the time of his diagnosis, reported he’d had burning chest pain since college — nearly a decade before doctors found the tumor. He claimed his doctors had ignored his concerns for three years until they noticed his blood pressure drop to dangerous levels.

The emergency MRI revealed a heart tumor the size of a tennis ball. The doctors believed it may have been growing since birth. “Jake’s tumor is the largest one I have ever seen,” Dr. Yoshifumi Naka, a surgeon at Columbia University Medical Center, told CBS New York.

Next: The largest brain tumor ever

7. While another had a 4-pound brain tumor

This brain tumor was considered the largest in the world. |  iStock.com

Neurosurgeons caught Santlal Pal’s brain tumor — the largest in the world — before it paralyzed him or caused neurological damage. However, it cost him his eyesight by the time they removed it. Doctors at Nair Hospital in Central Mumbai removed the 3.96-pound tumor during a seven-hour long surgery.

“We have looked up medical literature from all over the world and it is the largest to be excised successfully. Such large tumors are rare and a surgical challenge,” Nadkarni said.