You may have heard the expression “age is just a number” — and in fact, you often hear about big marriage age gaps in celebrity couples. But more often that not, it’s the man that’s older in a heterosexual relationship. Hearing about an older woman marrying a much younger man is somewhat rare.

This couple in particular is truly testing the “just a number” theory. And even though statistics indicate they’ll have a rough road ahead, as of this moment, it’s nothing but marital bliss.

Meet the couple with a 53-year age gap

This couple has a huge age gap. | Barcroft TV via YouTube

For Gary Hardwick and his now wife, Almeda, it was love at first sight. The two met at a Chuck E. Cheese pizza restaurant during a birthday party, where they both said they felt an instant connection and hit it off right away.

That was almost two years ago. Almeda is now 72, and Gary is 19 … and they’re happily married.

Next: The couple wasted no time in deciding to tie the knot.

They had a mere 2 week courtship

They had a whirlwind romance. | Barcroft TV via YouTube

Gary and Almeda waited just two weeks after meeting before they decided to tie the knot, the couple said in an interview on the show Extreme Love. Gary proposed, and Almeda, who had just come out of an unhappy relationship with her 77-year-old ex, was happy to accept.

Next: Surprisingly, the couple has similar interests.

They have more than enough in common. | Barcroft TV via YouTube

Gary and Almeda’s staggering age difference doesn’t mean they don’t have anything in common. They both say they share plenty of interests, like music.

‘I never feel as though I’m missing out on anything by being married to Almeda,’ Gary said on Extreme Love.

Next: Age was never a factor for either of them.

Age doesn’t matter to these lovebirds 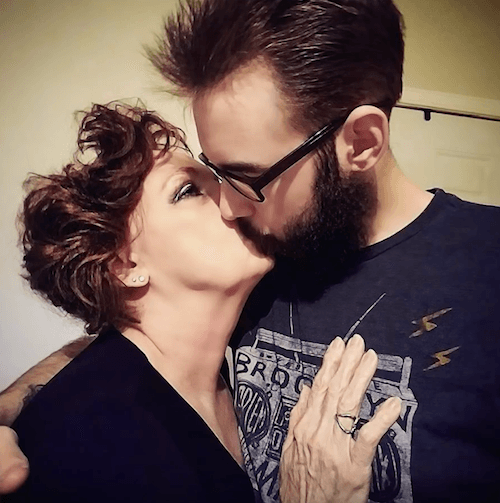 They believe age is nothing but a number. | Barcroft TV via YouTube

Neither Gary or Almeda are bothered by their age difference at all. To them, being together feels natural.

“I’m really mature for my age, I do not fit into the young age bracket at all,” Gary said, adding that he’s always found older women attractive.

“I was never intimidated by age at all,” Almeda said simply. “I never worry about Gary going off with anyone else. He loves me.”

Next: Not all of their loved ones have been supportive.

Family and friends had mixed reactions

Some family and friends support their decision … others, not so much. | Barcroft TV via YouTube

Understandably, Gary was nervous to tell his grandmother, who raised him, about his new love. But he says his grandmother was supportive, and most of Almeda’s family has come around as well. While her son hasn’t spoken to her since she got involved with Gary, her grandchildren (one of whom is three years older than Gary), support the union because their grandmother is happy.

Next: The two have found a common interest online.

Both Gary and Almeda are avid YouTube users. They upload daily videos to their channel, where they talk about social issues, reviews, and yes, their love life. They have over 57,000 subscribers.

Next: What do the experts say?

Their future may not be bright

Only time will tell if these two are in it for the long haul. | Barcroft TV via YouTube

Gary and Almeda certainly seem happy, and both are convinced they’re soulmates. But according to some research, May-December romances aren’t always meant to last. In fact, some signs suggest the wider the age gap, the lower the likelihood a pairing will last. However, this isn’t always true, and these two seem determined to stick together.