Melons, Eggs, and Other Foods That Are Likely to Give You Salmonella in 2018

After you take a bite of your delicious plate of food, the last thing you want to worry about is food poisoning. Unfortunately, foodborne illness affects millions every year. And salmonella is one of the most common causes of poisoning today.

WebMD explains salmonella is spread through contaminated animal feces, which is why it’s commonly found on produce. Those aren’t the only foods to be wary of, though. Here are the foods most likely to sicken you in 2018, including the one pre-made food your family probably eats all the time (page 7).

Watermelon, cantaloupe, and honeydew are summertime favorites, but be wary if you love to buy your melons pre-cut. The Centers for Disease Control and Prevention reports Caito Foods, LLC, in Indiana, recalled their pre-cut melons on June 8, 2018. These fruits were distributed in multiple states, including Georgie, North Carolina, and Ohio.

So far, over 60 have been sickened by the salmonella-contaminated melons, and over 30 have been hospitalized.

Next: These are a favorite on sandwiches, but be wary.

This one may surprise you — but if you love sprouts in your sandwiches or salads, beware. The Food and Drug Administration reports salmonella-contaminated sprouts infected 26 people from 12 states after eating them from local restaurants.

Sweetwater Farms in Kansas was one of the suppliers of the sprouts back in February 2018. It turns out a specific infected seed lot was responsible for the outbreak.

Next: Many love this type of nut, but it’s sickened several people in the past.

In May 2016, the FDA reported a multi-state outbreak of salmonella from pistachios. The company Wonderful Pistachios from Lost Hills, California, distributed the pistachios country-wide. Overall, 11 people fell ill (two of whom were hospitalized) in nine different states like Connecticut, Washington, and Virginia. We’re hoping we don’t see another outbreak like this in 2018, but this recent one has us worried.

Next: If you take this supplement, check your labels.

Many supplements are completely unregulated, which is part of the issue with kratom. This supplement, which is from a plant native to Southeast Asia, has psychoactive qualities that also reportedly help relieve pain, Business Insider explains. Many companies are selling kratom products with unproven health claims, however. And that’s only part of the problem.

Now, some kratom pills and powders are contaminated with salmonella. So far, the supplements sickened 130 people across many states.

Next: We remember when this fruit recently sickened folks all across the U.S.

If you’re a fan of tropical fruit, you probably knew about this seriously bad outbreak in 2017. The Los Angeles Times reports fruit shipments from Mexica were responsible for sickening over 200 people in 23 states. And two folks even died from eating the contaminated papayas.

Right now, it seems papayas are safe. But after so many people fell ill — or even died — from the sickness, we’re steering clear.

Next: Health nuts love this food, but beware.

6. Dried and frozen shredded coconut hospitalized many in 2018

The slightly sweet and delicious coconut is another tropical fruit most of us can’t get enough of. But if you buy yours frozen or dried, make sure to check your labels. Coconut Tree Brand’s shredded coconut was one of the culprits of the salmonella breakout that happened in January and February 2018, the CDC reports. Twenty-seven people were infected and six were hospitalized.

As for the dried variety, multiple bulk brands were recalled. Check yours to make sure you don’t have any on hand from International Harvest or Go Smiles Dried Coconut Raw.

Next: This food item is all the rage right now.

Oddly enough, two different types of frozen chicken, one in the U.S. and one in Canada, have given people salmonella in 2018. And Food Safety News notes the two outbreaks aren’t connected, either. In both outbreaks altogether, 65 people fell ill

Ruby’s Pantry network in the U.S. is responsible for distributing the contaminated chicken patties in the U.S. And chicken burgers in Canada sickened at least 59. Remember to always thoroughly cook your poultry products, as salmonella bacteria die at around 165 degrees Fahrenheit.

Next: You’ve probably checked this food of yours multiple times this year.

8. Over 200 million eggs were recalled in April 2018 due to salmonella

This certainly stands as one of the largest food recalls in 2018. Business Insider explains the FDA recalled 206 million eggs over salmonella concerns back in April 2018. There were 35 reported illnesses and 11 hospitalizations from the eggs. And anyone shopping for their eggs in Food Lions or Walmarts across states like New Jersey, New York, Virginia, or Colorado were advised to check their labels.

Eggs are an incredibly common carrier of salmonella, so we’re concerned another recall will certainly occur.

Next: Love this pre-made food? Check to make sure yours isn’t contaminated. 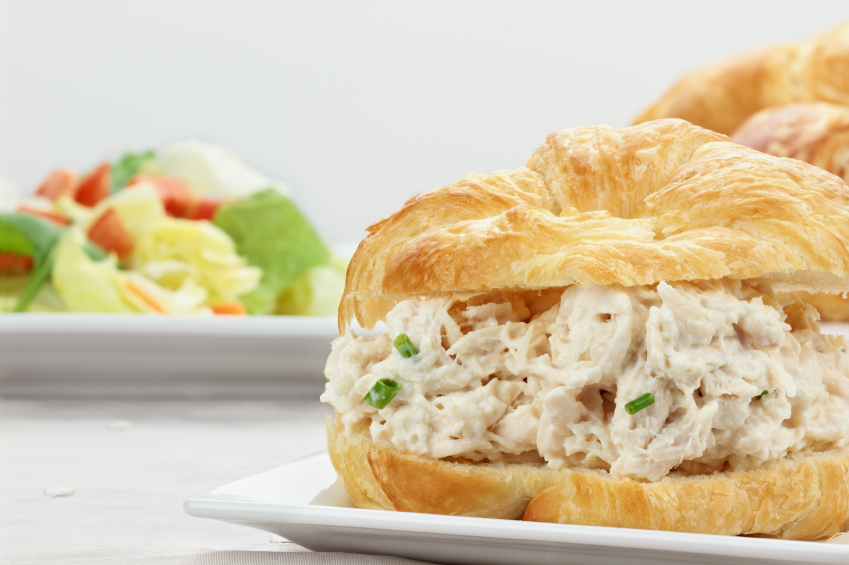 It seems safe since the poultry in chicken salad is fully cooked, but beware. NBC News reports 265 people in eight states were sickened by salmonella-contaminated chicken salad distributed by Fareway Stores. An Iowa food-processing company made the product carried in Indiana, Minnesota, Mississippi, Nebraska, Wisconsin, and South Dakota.

People fell ill starting in early January 2018 up until mid-March. Sadly, one person even died from the sickness.