Men Can Get a Big Belly During Pregnancy Too: How to Avoid It 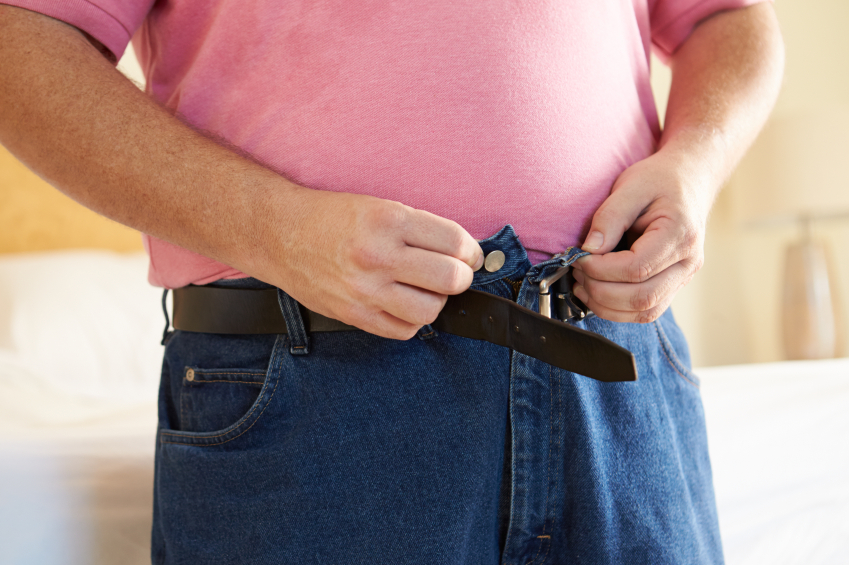 When a woman is pregnant, the father often begins to display similar symptoms. While this so-called sympathetic pregnancy can be seen as endearing, no one really wants to put on baby weight. We spoke with registered holistic nutritionist, culinary consultant, and author of Food Cures, Peggy Kotsopoulos, to find out exactly how men can avoid some of the physical pitfalls that can happen when their wives are pregnant. Here are her six must-dos.

Although we need some sugar to function, too much can lead to big trouble. Once insulin is released, sugar is first used for immediate energy, particularly within your brain. Then it’s stored in your muscles, then your liver as glycocgen. Whatever is left over is stored in your fat cells as fat — especially in the tummy, causing the dreaded muffin top. If that’s not bad enough, insulin also shuts off our precious fat-burning hormones, such as glucagon and human growth hormone (HGH).

Glucagon is a hormone that takes the fat out of storage and releases it so that our bodies can burn it for energy. HGH is responsible for growth, cell production, and regeneration. It helps to build lean muscle, burn fat, and has superior anti-aging benefits. We love HGH! But when your pancreas is pumping out insulin in response to too much sugar, your body blocks the release of HGH and can’t produce glucagon — two of the things that help us fight fat the most. So you end up storing extra fat while thwarting your body’s attempts to burn it off at the same time.

For many, too much estrogen (relative to testosterone) is a surprising cause of weight gain.  That’s right, estrogen isn’t just a problem for women. Both male and female bodies are portals of estrogen receptors, into which any type of estrogen can plug itself. The stronger the estrogen that plugs into the receptor site, the more “estrogenic,” or estrogen dominant, we become. This isn’t a good thing. Excess estrogen can promote increased fat tissue in the waist, belly, and other estrogen-sensitive fat tissues. For men, this occurs typically in the belly and chest (man boobs). These fats tend to be called “stubborn fat” due to their high resistance to fat burning.

3. Get some good shuteye

The less hours a night you sleep, the more likely you are to gain weight. A study conducted at the University of Chicago suggests that lack of sleep reduces weight loss efforts by 55%. In addition, of those who slept less, only 25% of their weight loss came from fat — the rest came from loss of muscles and water (not good!) — whereas those who slept more lost more actual fat.

Sleep also regulates your hunger hormone. When you compromise on sleep, your body produces more ghrelin (the hormone that triggers hunger) and less leptin (the hormone that tells you to STOP eating). Adequate levels of sleep (six to eight hours) regulate your hunger hormones, whereas five hours or less promote a hormonal imbalance. In addition, lack of sleep depletes your body of nutrients such as zinc, which is a key testosterone-producing hormone. Testosterone is essential to keeping lean muscle mass up and the potbelly at bay. It’s only when you’re sound asleep that cortisol levels are restored, cells are regenerated, human growth hormone (hGH) is secreted, fat is burned, and the liver detoxes. All key things to keep your body buff. 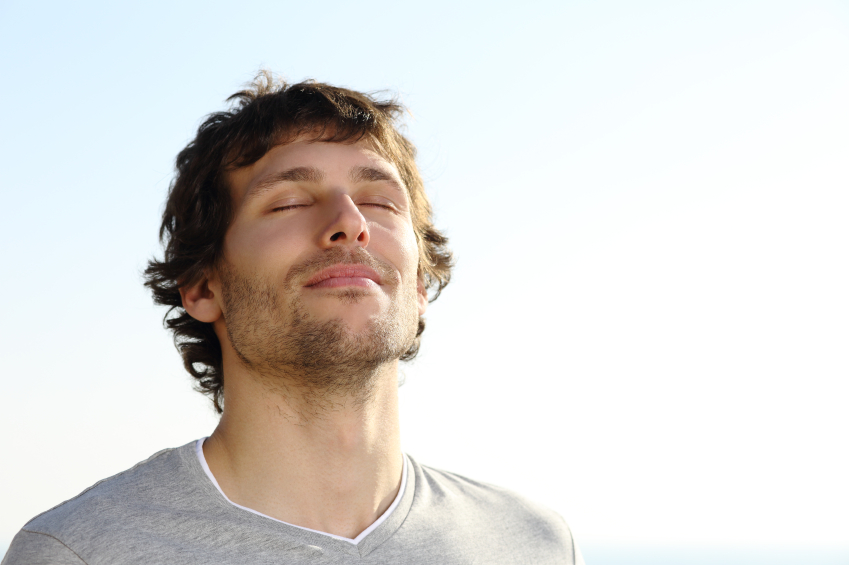 Becoming a new dad or further expanding your family can be stressful. Even if it’s good stress, it can generate a physiological response in our body and when it’s not managed properly, it can cause adrenals to constantly fire, and cortisol to be released in excess. Excess cortisol results in weight gain, primarily in the mid-section, promotes insulin resistance, which leads to additional belly fat, and shuts down your body’s ability to burn fat. In addition, it can cause mental clutter, poor concentration, increase blood pressure, cholesterol levels and suppress the immune system. Meditation is an effective way to mitigate the ill effects of stress. Just finding 20 minutes a day to quiet the mind can help to significantly reduce stress, lower cortisol levels and prevent stress-induced weight gain.

Forget about going overboard on cardio, it’s the weight lifting that’s key. While cardio is good for your heart and health, overdoing it on the treadmill can increase cortisol levels (leading to belly fat) and can tap into your hard earned muscles for fuel, reducing overall lean muscle mass. Weight training builds lean muscle mass, which burns more calories overall and sculpts your body.

6. Add protein to your meals

Protein is a thermogenic that increases your metabolic rate by 20% to 30% just by eating it. Add protein to each meal to increase satiety and boost metabolism. It also helps to stabilize blood sugar levels.