Why Binge Drinking is Much More Common Than You Think

Drinking too much is pretty common | iStock.com

Binge drinking is something usually associated with college frat parties, or high school kids having a stealthy kegger in the woods. After all, as adults, not many people have the physical capacity or recovery time available to try to put away 20 beers. Binge drinking and alcoholism, however, are more common than we think, and a new survey has revealed how our own misconceptions may be leading to risky or dangerous drinking patterns.

That survey, conducted by a team from Alcoholic.org, included 2,000 participants, and “compared their perceived alcohol consumption with factual data.” Essentially, they looked at people’s thoughts surrounding binge drinking and alcoholism and how those blend with reality. To sum it all up, we have some misconceptions surrounding alcohol use — and it means binge drinking is much more common than most people think.

The survey starts off by giving a definition of what “binge drinking” actually means, with Alcoholic.org’s team writing that for men, it’s defined as having five or more drinks within a time frame of a few hours, and for women, it’s four drinks. When people were asked about their drinking habits, the survey found, most people didn’t know that they were actually binging.

“When asked how much they binge drink in a month, more than 60%of our respondents said they don’t binge drink at all; however, a large percentage of these people were actually partaking in binge drinking without realizing,” the brief says. Then, there’s this: “When we asked our respondents about actual drink counts the number of binge drinkers changed dramatically. When men and women were asked how often they consume five or more drinks in a sitting — four for women — those who said none (or “0”) dropped to just 45%. That’s about a 29% difference in people who might drink to excess based on the true volume consumed in a 30-day period.” 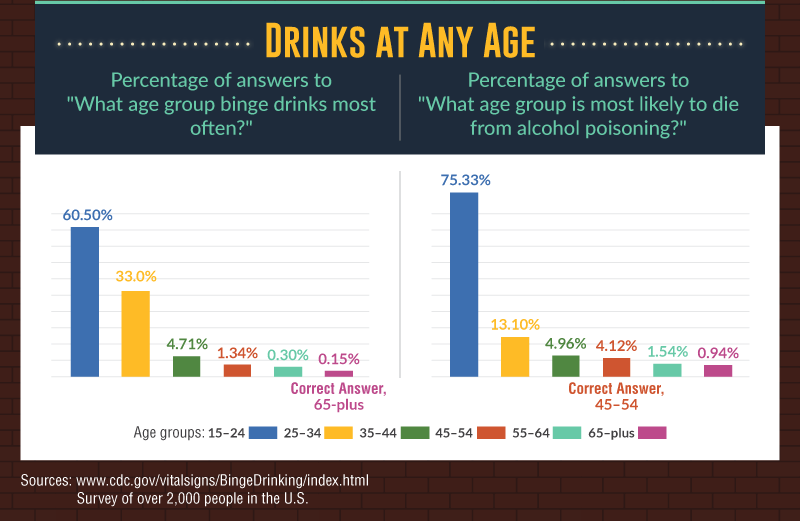 The survey team asked questions that got into several areas, but we’re only going to cover a fraction here. That includes things like our beliefs surrounding how many people drink while pregnant or drive drunk, both of which revealed some big discrepancies.

But when it came to binge drinking by specific groupings — in the case of age group or generation, as seen above — the vast majority of respondents pointed to the youngsters (millennials, mostly) as the group they perceived as the heaviest drinkers. As the Alcoholic.org team points out, though, “it’s the Baby Boomers who make up the majority, with those aged 65 and older comprising the largest percentage of binge drinkers.”

When they sorted the answers by another income, we ended up with this graph: 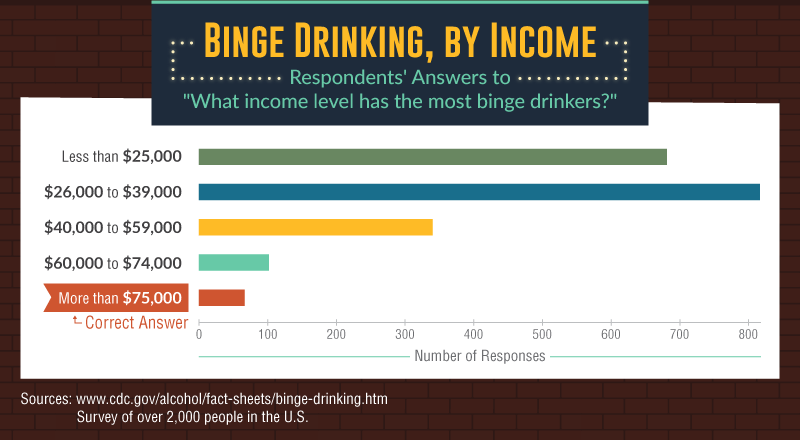 When it comes to income groups, it seems we are very unclear as to who is doing the most drinking. “The majority of respondents felt that those within the $26K to $39K income bracket were the heaviest of drinkers, followed by those earning less than $25K. This suggests that people believe younger or less wealthy people are often the biggest bingers — in reality, those in a different socioeconomic class are the heaviest drinkers,” the survey says.

“The Organization for Economic Cooperation and Development notes that people with a higher education and socioeconomic status tend to be the heaviest drinkers. More specifically, those earning more than $75,000 per year.”

The dangers and costs of alcoholism 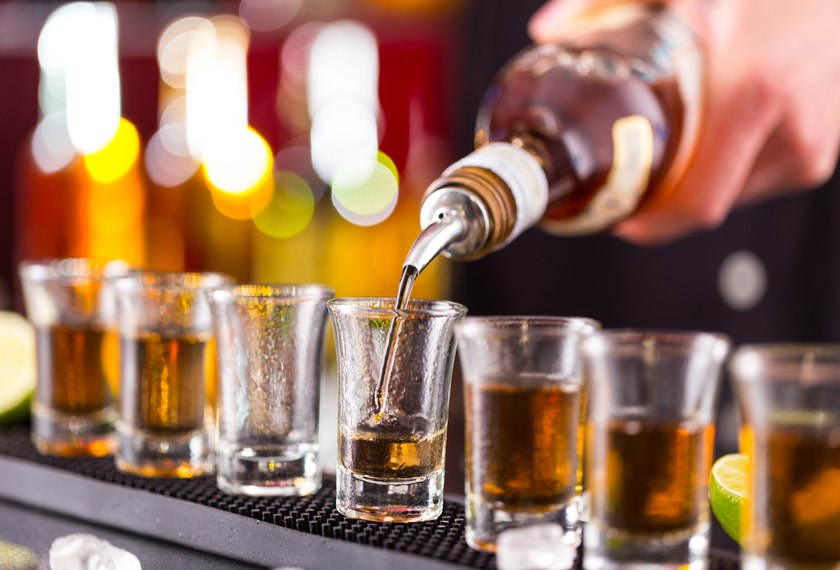 This survey reveals something important: Most Americans are seemingly unaware of how much they’re drinking, and are completely off the mark when it comes to who they think is drinking the most. The numbers indicated we tend to think of younger, lower-middle class individuals as the heaviest drinkers. In reality, it’s older, richer people who are tossing back the sauce with the most vigor.

What does it all mean? Well, it means that we need to take a more nuanced look at our behaviors and attitudes toward drinking. Alcoholism and dependency are serious issues, and not only lead to the development of deadly diseases but cost the country, economy-wide, billions every year.

“It’s easy to binge drink and consume too much when you believe that you haven’t consumed in excess. It’s even easier to disregard the drinking habits of those we care about when we don’t fully understand the scope of their consumption and the impact it can have on their health or those around them,” Alcoholic.org’s team writes.

Developing a troublesome relationship with alcohol is easier than most people think, so take a closer look at your own behaviors to avoid serious problems.