10 Mistakes That Are Destroying Your Metabolism

Check out these 10 mistakes that will destroy your metabolism.

1. You’re not getting enough sleep

If you’re not getting enough sleep, you could be hurting your metabolism. | iStock.com

Sleep is your body’s time to restore, and it’s good for keeping your metabolism working properly as well. SFGate explains those who do not get the proper amount of sleep may have a higher chance of developing a metabolic disorder down the road. In addition to this, the hormones that are responsible for regulating your appetite, ghrelin and leptin, are also affected when you don’t get enough sleep. This will cause you to feel less satisfied after your meals and hungrier than normal, which affects your metabolism as well.

Hover around seven to eight hours of sleep a night for the perfect amount — any less than this and your metabolism may suffer. Any more than this will leave you at risk for weight gain, too.

Drinking water is key to a healthy metabolism. | iStock.com/fizkes

Staying hydrated isn’t just the key to feeling more awake and boosting your workout performance — it’s also key to keeping your metabolism healthy and active. Shape explains even if you’re only mildly dehydrated, you could be slowing your metabolism down by up to 3%, which can lead to weight gain in the long run. And, if weight gain is your primary concern, then drinking a few glasses of water before a meal is always a good way to manage how much you consume before you even start eating — you’ll naturally feel fuller, no matter how hungry you were.

Weight lifting is important for revving your metabolism and building muscle. | iStock.com/Antonio_Diaz

Before you jump on the treadmill at the gym and leave the weight machines and free weights in the dust, it’s important to keep in mind that weight lifting is what pushes your metabolism into high gear, not cardio.

According to Men’s Health, there’s one type of weight lifting technique that skyrockets your metabolism higher than all the rest, and that’s the rest-pause technique. In this technique, you choose the heaviest weight for each exercise while still maintaining proper form, and you perform only a few reps (around six). Then, you rest for 20 seconds, and continue performing a couple more reps. You rest for an additional 20 seconds, and perform as many reps as possible before stopping. Then, you rest for about two minutes before starting a new exercise.

Make sure you’re getting your protein. | iStock.com

Protein will also help keep your metabolism at a healthy level.

Digesting protein takes more effort from your body than digesting carbs and fat, says Livestrong.com. And, because your metabolism will be working harder and faster during digestion when you eat protein, there’s also a thermic effect that occurs that’s much higher with protein than it is with carbs and fat. The more energy that’s put into breaking down your food, the more heat is generated within the body, which is what the thermic effect is referring to. Out of every 100 calories from protein that’s consumed, about 25 to 30 calories are burned just from this thermic effect during digestion.

5. You’re not going outside

Getting outside is vital for good health and a high metabolism. | iStock.com/Martinan

Spending time outside will help boost your metabolism. When you’re exposed to sunlight, your skin releases nitric oxide, which is key in keeping your metabolism healthy.

Researchers at Edinburgh and Southampton Universities studied the effects of sunlight on the metabolism with rats, and they found it’s the nitric oxide we release when we’re exposed to the sun’s rays that help us better process food and sugar. Though more research is needed to completely confirm this theory, studies previously have shown that nitric oxide is also responsible for lowering blood pressure. It’s clear this substance may also have a positive effect on the metabolism as well, especially when combined with a healthy diet and plenty of exercise.

Caffeine can help your metabolism. | iStock.com

You may have decided to cut back on your caffeine intake for various reasons, but this could be a misstep. There’s been a fair amount of research supporting the idea caffeine can favorably affect metabolism, and one 2011 review adds to the evidence. This particular research found this to be true for caffeine as well as a combination of caffeine and catechins, which you’ll get from green tea. This means you can stick with whatever brewed beverage you prefer.

7. You’re not embracing the winter temperatures 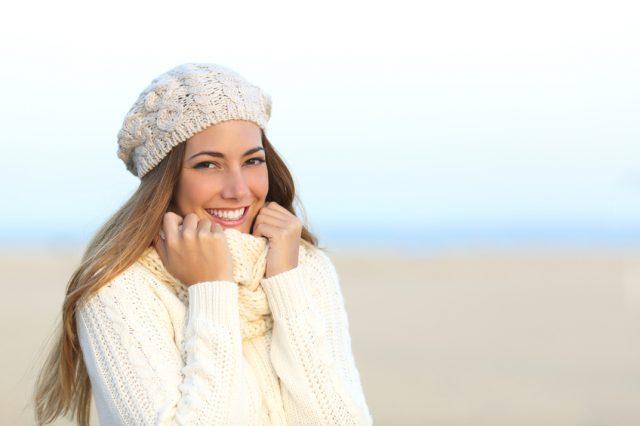 The cold weather may boost your metabolism. | iStock.com/AntonioGuillem

If you live in a place where the winters are long and brutal, it’s time to step out to embrace it. Research from a 2014 study suggests intermittent cold exposure requires the body to expend more energy, which in turn boosts metabolism. It’s important to note this study was performed on mice that were fed a high-fat diet, and further studies are needed to determine whether or not humans will react the same way.

We all know the negative impacts of stress, but Livestrong.com says you could also be damaging your metabolism if you can’t seem to get your worries under control. When you’re stressed, the hormone cortisol releases glucose into your bloodstream. Glucose is necessary — it’s the main source of energy for the muscles and it helps you think faster, too. But when your cortisol levels are constantly high, your metabolism slows down.

A cup of tea could increase your metabolism. | iStock.com/kazoka30

Most of us think of green tea as the healthiest beverage on store shelves, and we touched on it earlier, but there’s another option that may be equally as good for your metabolism: oolong tea. One study involving 102 participants found regularly consuming the beverage aided in weight loss by boosting metabolism. Oolong tea also contains about half the caffeine of green tea, so it’s a good option if you want to cut back on how much caffeine you consume.

Don’t cut your carbs too severely — you could be doing damage to your metabolism. | iStock.com

When you’re looking to lose a few pounds, it’s common to gravitate toward a low-carb diet. While you may see the scale tip in your favor with this approach, avoiding as many carbs as possible can seriously damage your metabolism.

According to Muscle & Strength, carbs help increase cellular hydration, which also gives the cells greater volume. This sends a signal to your body that you’re in a fed state, which keeps your metabolic rate high. While eating too many carbs can backfire and cause you to gain weight, cutting them altogether can be detrimental to any weight-loss goals you may have. Always aim to add healthy carbs to your diet too, as not all are created equal.