A model is warning others about the sclera tattoo trend after a botched procedure may leave her completely blind in one eye. Four weeks ago, Catt Gallinger, of Ottawa, Canada, opted for the tattoo, which changes the color of the whites of one’s eyes. 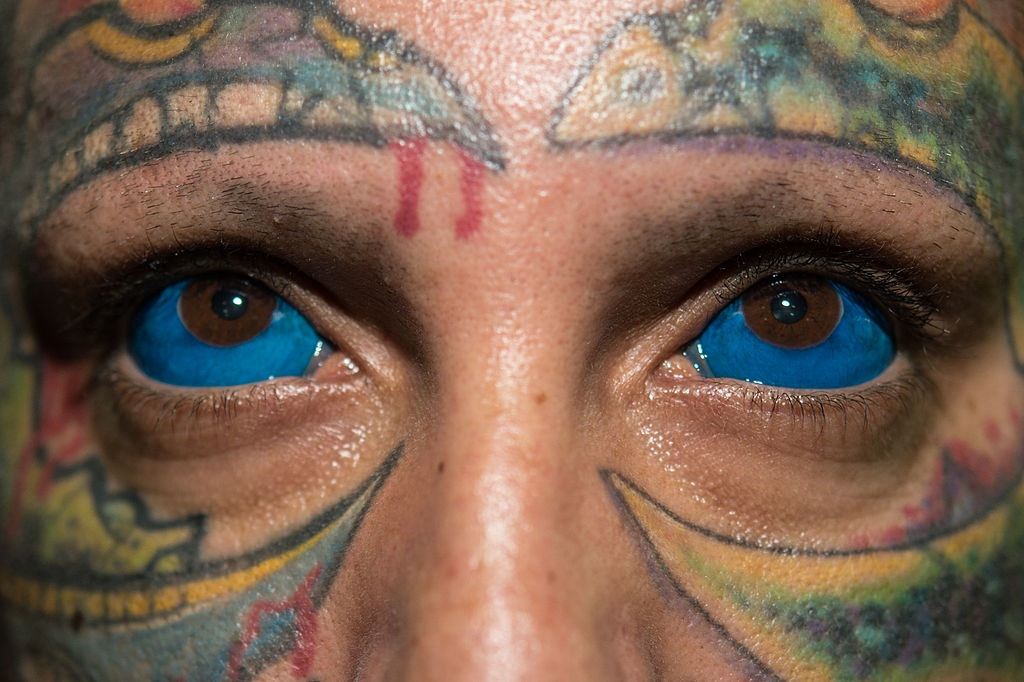 Gallinger, 24, has been posting videos and photos on Facebook to share her story and the condition of her injured eye. In a recent video, she shared that doctors said it was unlikely she would regain full vision in the affected eye. “It will either go completely or stay a blurry mess,” she said in a recent video.

Sclera modification is a trend in which a specialist injects liquid to stain the white part of the eye. Weeks after she had the procedure, Gallinger said one of her eyes began oozing purple liquid, so she went to the hospital and was given antibiotic eyedrops. She was subsequently given steroid drops, but after three more weeks, her eye pain and blurry vision continued. The purple liquid began looking clumpy and surrounded her cornea, as is seen in this photo she posted to Facebook:

Gallinger told The Sun she has no further plans of modeling and has spent hundreds of dollars on medications in recent weeks. Doctors have said her eyesight will not get better.

In a Facebook post, Gallinger attributed the damage to “hemorrhage and sclera tearing from the size of the needle used, depth, and amount of ink.” Doctors also wonder if the equipment was not sterile, she added. “Please, please, don’t make my mistake. Please,” she pleaded.

Further advice she provided on the social medium was, “Just please be cautious who you get your [modifications] from and do your research. I don’t want this to happen to anyone else.”

Gallinger’s story illustrates the dangerous possible consequences of tattoos and body modification. Other common tattoo mistakes that may be not quite as damaging but are just as permanent include face tattoos and those featuring  the name or likeness of one’s significant other.