From Jenny Craig to Weight Watchers, celebrities are hopping on the weight-loss bandwagon and getting paid big bucks to do it. But money aside, many stars are shedding the pounds in pursuit of healthier lives.

With the help of diet and exercise (and in some cases, surgery) these celebs have gone through extreme transformations. Here are the most extreme weight loss transformations of famous celebs. You won’t even recognize one controversial reality star (page 10).

How he did it: cutting back on sweets and beer, staying active

In 2010, Drew Carey realized his love of beer and hearty food had packed on the pounds. Parade says since then, he’s lost over 100 pounds and controlled his diabetes by making sustainable lifestyle changes. Concerning healthy eating, Carey said “I was at a wedding on Saturday, and I ate cake. But 95% of the time, I’m right on the money.”

Next: This ’80s star relied on a meal service to slim down. 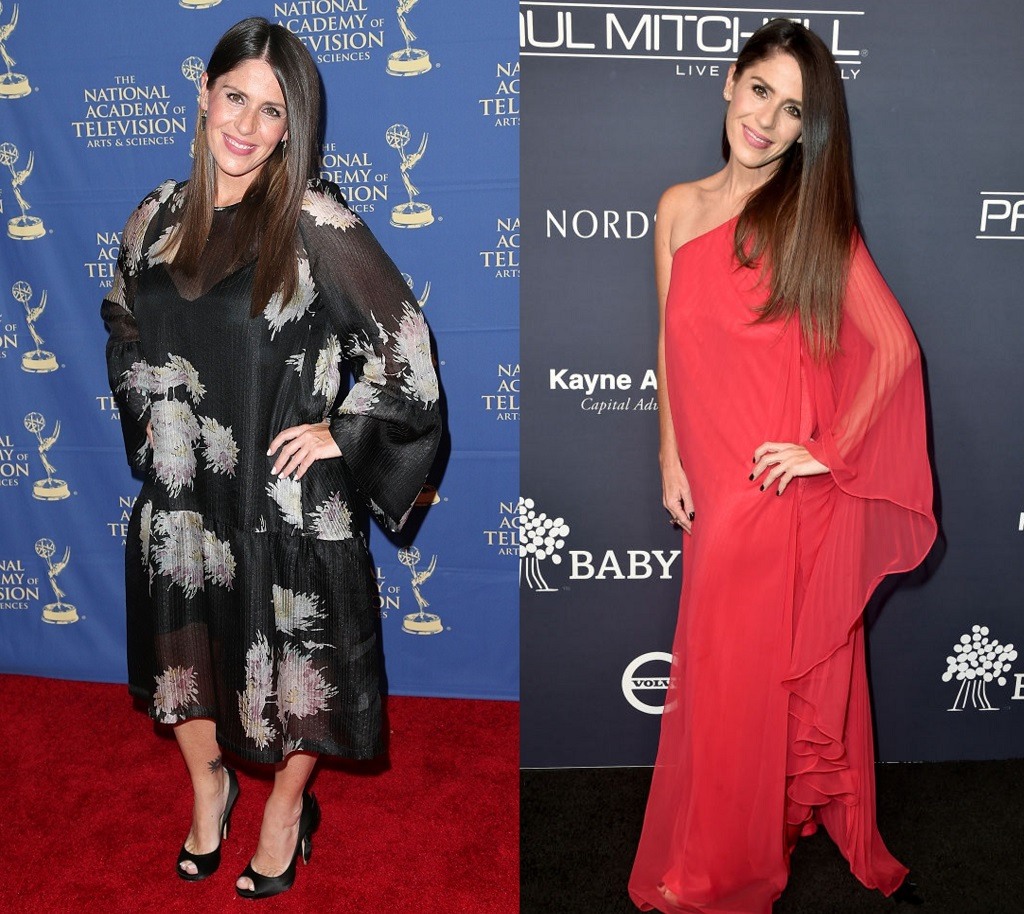 How she did it: daily meal delivery service, mixing up her meals

The Punky Brewster actress packed on the pounds after the birth of her three children. Hiding beneath oversized clothes at events, Soleil Moon Frye realized she needed to take action.

In 2017, she lost 40 pounds using a meal delivery service (Nutrisystem). Now Frye can fit into dresses she wore nearly 20 years ago and credits the variety of food she can eat, explaining she can’t survive on ice water and veggies alone.

Next: This famous actor proves it’s never too late to lose weight.

Whether you recall Roseanne or The Big Easy, you’re likely familiar with one of Jon Goodman’s leading roles. If you’ve seen him recently, you also probably noticed his massive weight loss. ABC News says he’s lost around 100 pounds.

After a period of time when he didn’t want to look at himself in the mirror, Goodman credits his weight loss to ending his binge-eating habits and exercising as often as he can. Now, he feels better than ever.

Next: This celeb kickstarted her weight loss on Dancing With the Stars.

How she did it: dancing, sleep, food delivery

She’s known for her talk show, but Ricki Lake made headlines due to her Dancing with the Stars performances and subsequent weight loss. Shape says she lost 20 pounds and many inches on the show.

Lake also uses a food delivery service to give her portioned meals equating to 1,400 calories a day. And she gets at least eight hours of sleep a night.

Next: This actor looks so different from his time on Parks and Recreation.

How he did it: P90X, cardio, drinking water

Fans loved Chris Pratt before he lost weight. But now, the Guardians of the Galaxy star looks better than ever. Men’s Fitness reports he lost around 60 pounds in six months with his extreme workout plan.

Pratt’s workouts include P90X and cardio like running, swimming, and participating in triathlons. And actor doesn’t cut calories; the father of one eats around 4,000 calories a day when he’s training, and he drinks a ton of water.

Next: This weatherman made headlines for his weight-loss surgery.

How he did it: gastric bypass surgery

This well-known weatherman has weighed up to 340 pounds, but those days are behind him. In the early 2000s, Roker had gastric bypass surgery, slimming down to 190 pounds.

It wasn’t smooth sailing from there, though. Roker went through a period of gaining back nearly 40 pounds after the surgery. He got back on the weight-loss bandwagon with a 28-day detox and strict diet.

Next: She won the Grammys but lost the weight.

How she did it: cut out sugar, quit smoking

When Adele joined the music scene in 2008, she was much heavier and unashamed. Adele told People, “I’d lose weight if I was an actress and had to play a role where you’re supposed to be 40 pounds lighter, but weight has nothing to do with my career.”

After her son’s birth in 2012, Adele quit smoking and cut out 10 daily cups of sugary tea. Her nutritionist cited a “clean diet, with lots of fruit and vegetables, plus lean protein and complex carbohydrates” for Adele’s slimmer figure. Regardless, Adele told Rolling Stone she’d “rather have lunch with friends than go to a gym.”

Next: This “respected” singer looks better than ever.

How she did it: a mysterious surgical procedure

A few years ago, the iconic “Respect” singer lost a ton of weight — 85 pounds, to be exact. People.com reports Aretha Franklin had surgery, which caused her drastic weight loss.

It wasn’t gastric bypass, however; she didn’t tell the publication what she had done. But Franklin did say the doctors told her this surgery would make her feel 15 years younger, and she certainly looks it.

Next: This funny actor dropped some serious pounds.

How he did it: food journaling, working out with a personal trainer

This celeb’s weight yo-yos for roles. But right now, Jonah Hill looks slimmer than ever. Us Weekly says Hill gained 40 pounds for his role in War Dogs, but he’s since lost the weight by keeping a food journal and listening to his nutritionist. He also got feedback from Channing Tatum, who suggested eating less and getting a personal trainer.

Next: We never expected this reality mama to lose the weight.

How she did it: a healthy diet, cutting soda

“Mama June” is famous for her reality TV show, Here Comes Honey Boo Boo, which aired from 2012 to 2014. You likely recall June Shannon for her robust figure, but she recently went from 460 pounds to a size 4 (and WE tv documented it). Shannon did it by watching her diet and ditching soda.

Her trainer recommends eating watermelon to satisfy her sweet tooth. And Shannon drinks Propel-flavored water as a low-calorie swap for soda.

Next: This comedian and talk show host looks amazing.

How he did it: weekly fasting

Not all stars lose weight in a healthy way. Jimmy Kimmel tells Men’s Journal he took drastic measures to lose his initial 25 pounds. Since then he fasts for two days each week to maintain a weight of about 180 pounds.

On Mondays and Thursdays, Kimmel eats less than 500 calories by drinking coffee and eating a lot of pickles. On the remaining five days of the week, he eats huge portions of whatever he wants. We don’t recommend this, but it seems to work for Kimmel.

Next: This actress looks like a new person after her weight loss.

How she did it: healthy diet, strength training, cardio

During Jessica Simpson’s first pregnancy, she gained 70 pounds, which doesn’t come off easy. But thanks to a healthy diet and lots of exercise, she looks better than ever after having two kids.

Fox News reports she eats healthy and works out five days a week (a mix of strength training and cardio with a trainer for three days each week). She also says she never has a specific goal weight in mind; she just wants to look and feel healthy, which she has accomplished.

Next: This Jenny Craig endorser is known for her weight loss.

How she did it: meal delivery service, lifestyle changes

At 67, Kirstie Alley looks slimmer than ever. Us Weekly reminds us Alley rejoined the Jenny Craig program as a spokesperson in 2014 after gaining back about 30 pounds.

Since then, she’s dropped 50 pounds. Alley accomplished this by making sustainable lifestyle changes instead of quick-fix dieting. “My goal is to keep this and maintain this throughout my life,” she says.

Next: This Gladiator wasn’t always fit for battle.

How he did it: bicycling, sword training, farm work

Crowe, a cycling enthusiast, lost 52 pounds after filming. Known for dramatically changing his weight for roles, the Australian actor has used sword training and work on his farm to get back in shape. He also credits a focus on protein-rich meals.

Next: She lost the weight and her TV reboot recently. 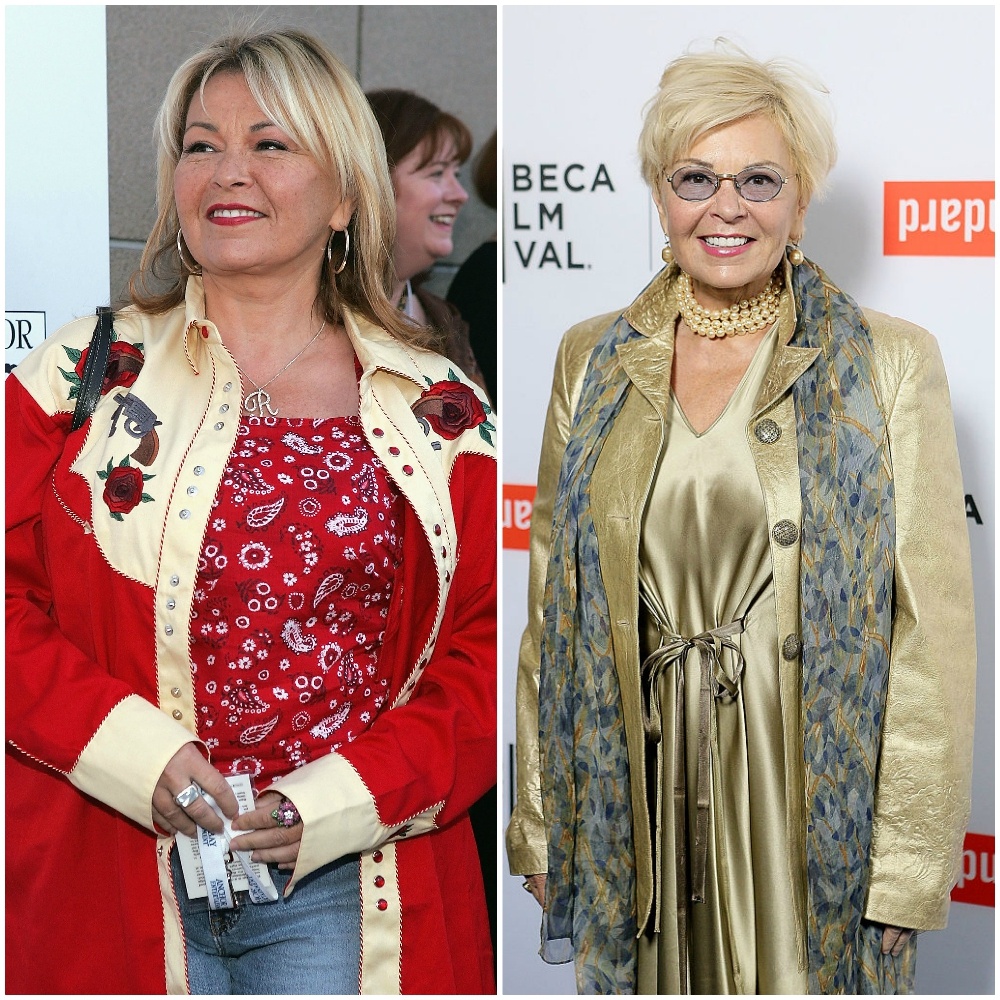 How she did it: surgical procedures, staying active

The Roseanne star made headlines with her sitcom reboot. But Roseanne Barr also made headlines for her tumultuous weight loss journey, which included gastric bypass surgery in 1998. She told US Weekly she’s “moving more, and eating less.” Barr also openly credits a tummy tuck and breast reduction for her svelte frame.

Between her procedure and dedication to weight-loss basics, Barr is a far cry from her 350-pound frame from the ’90s.

Next: The Voice judge was on a weight roller coaster.

How she did it: a healthy diet

Back in her heyday of the early 2000s, Christina Aguilera was known for her svelte figure and revealing outfits. Now in her late 30s, her metabolism and unhealthy habits caught up with her.

Next: She’s come a long way from her American Idol debut.

How she did it: Weight Watchers

You may remember Jennifer Hudson from American Idol over 10 years ago. But since then, she’s dropped over 80 pounds and kept it off all this time.

What’s her secret? ABC News says Hudson watches her diet (she was a Weight Watchers spokesperson for several years) and doesn’t give in to tempting comfort foods. She does always have chocolate on hand, though, as this is her one vice to keep her sane.

Next: This actress couldn’t use magic to lose weight. 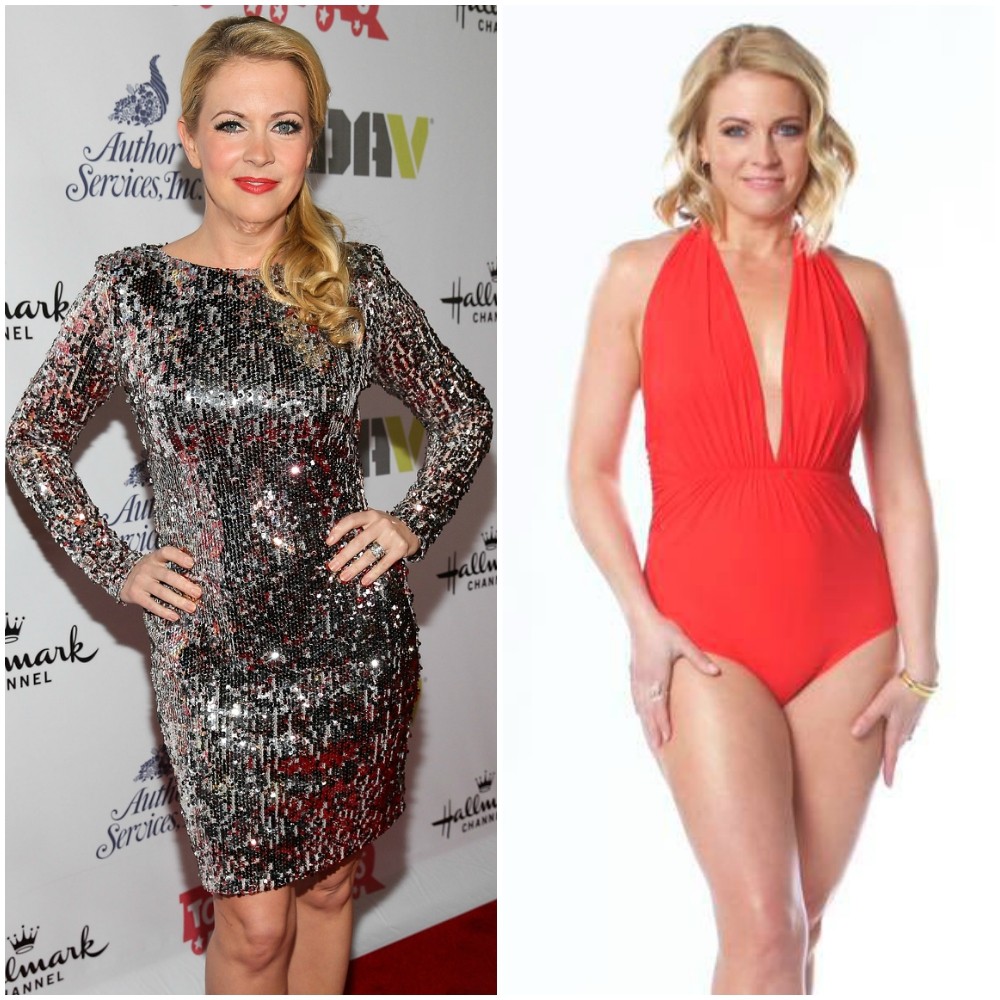 How she did it: Nutrisystem

The mother of three prioritizes parenting first, and her health goals fall into place after that. “For me, it was important to bond with my child, as opposed to ‘lose the weight,'” Hart told Entertainment Tonight.

Next: This Kardashian has always struggled with her weight.

How she did it: a healthy diet, exercise

You may remember Khloe as being bigger than her sisters, but those days are long gone. ET says this Kardashian lost 40 pounds overall by making nutrition and fitness a priority after her painful divorce.

“By keeping positive about your body, your inner health, your mental sanity, your fitness, and what you’re trying to achieve, you’re way more likely to succeed,” she said.

Next: We didn’t expect this pop singer to drop this much weight.

How he did it: eating ice cubes; cutting refined sugar, dairy, and gluten

This pop singer started losing weight back in 2015, and he seems to get slimmer every time we see him. Sam Smith lost nearly 50 pounds that year (and 14 of those pounds in just two weeks), says Express Newspapers.

To accomplish this, he cut out dairy, gluten, and refined sugar from his diet, and ate herb-infused ice cubes as a snack. Smith also added weight training and yoga to his regimen.

Read more: These Are the Exercises Celebrity Trainers Say Aren’t Worth Your Time