Motivation Monday: The Book That Will Inspire You to Save the Planet 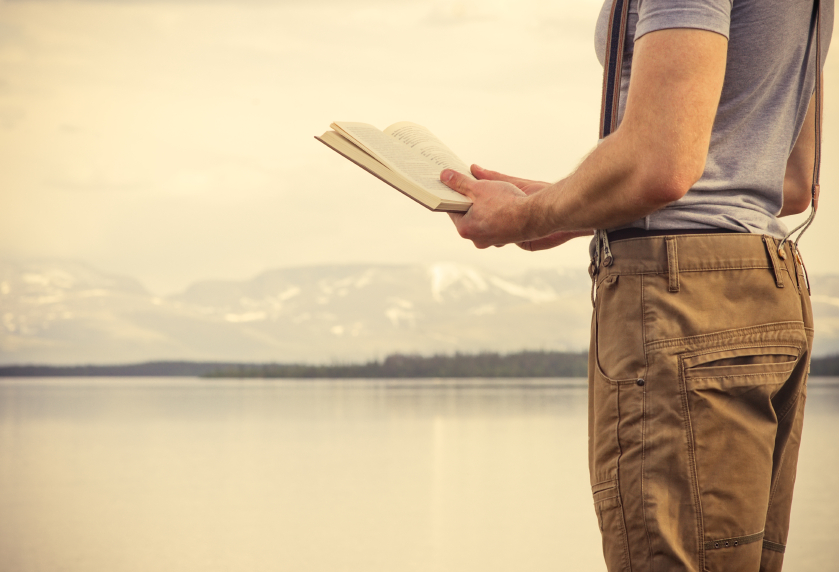 Have you ever thought there are just too many of us on this planet? Like we are the bane of good things and life itself? It’d be surprising if you hadn’t with all the campaigns for so-called “green living.” We’re guilted every time we pump gas, when we don’t drive a Prius, and when we refuse to jump on the vegan bandwagon. But are all the popularized solutions to climate change and environmental destruction helping? Will we ride to salvation in Prius-mobiles paid for by carbon credits?

Journalist Judith Schwartz asked these same questions, and in 2013 released How Cows Save the Planet. Schwartz’s book digs into soil biology, climate science, and holistic management to reveal causes of and solutions to our current climate crisis. In her research, Schwartz was pointed to an unlikely hero in the dilemma of increased atmospheric carbon: our soil. 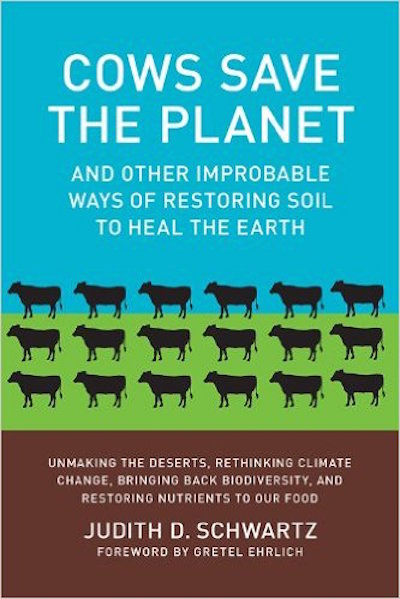 The importance of soil in climate change

Schwartz begins her book with a quote from Christine Jones, an Australian soil ecologist: “The process that actually removes CO2 from the atmospheric circulation is photosynthesis.” Even the first 15 words of the book have more wisdom than some manuals on climate change have in their entirety. But in 15 words, Schwartz sets the tone for her whole book: We have to work with nature to turn atmospheric carbon (AC) into soil fertility.

With AC at 390+ parts per million and rising, there is no amount of carbon prevention that will bring us to the safe level of 350 ppm; the carbon must go somewhere. Schwartz notes that although coal, oil, and gas represent a significant chunk of emissions, the greatest contributor of AC over time has been agriculture.

“In the past 150 years, between 50 and 80 percent of organic carbon in the topsoil has gone airborne. The antidote to this rapid oxidation is regenerative agriculture: working the land with the goal of building topsoil, encouraging the growth of deep rooted plants, and increasing biodiversity.”

The reason that we are losing so much carbon from the soil is that much of the land is left bare and unprotected due to modern farming techniques (like tilling) and also due to a combination of overgrazing and over-resting of pasture lands.

What you need to know about holistic management

Regenerative agriculture sequesters carbon from the atmosphere into plants that shuttle carbon into the soil as they live and as they decompose. Holistic management, a systematic and highly adaptable form of thinking, is the primary means by which most farmers and ranchers restore carbon back to the soil.

As holistically managed cows graze, their chewing stimulates growth of the leaves and roots of a plant. When cattle bunch together, as herd animals do in the wild for protection, they trample their urine, dung, and dead plant matter into the ground where soil bacteria and other organisms work on decomposing plants. This process provides nutrients and usable carbon, which increases soil fertility.

When the land is left to rest for a sufficient period with smart planning, the plants grow back more lushly, which provides more cover for the soil and more food for cattle later on. As the grasses continue to grow fuller, they take in carbon from the air in the process of photosynthesis which winds up being stored in the soil where it belongs, instead of the air.

The process of holistic management mimics the cycles of nature when left undisturbed by man. Without natural grazing patterns or holistic management, the majority of our world’s grasslands die out because the environment is too brittle. Brittleness is, as holistic management’s founder Allan Savory describes it, is the tendency for land to be arid throughout the year. Non-brittle environments are high in humidity and therefore high in biological decomposition; there is enough moisture to convert dead plant material into usable carbon and nutrients for the soil. Brittle environments, those that are closer to deserts than jungles, have no ability to decompose plant matter through humidity, so their primary means of decomposition is via grazing animals.

Grazing animals retain bacteria and moisture in their stomachs and intestines, and when they defecate, those soil essentials are transferred to the grass. Without sufficient grazing and trampling animals, brittle environments trend toward deserts in a process known as desertification. Without planned or natural herds in brittle lands, plant matter decomposes chemically and carbon is released into the atmosphere where it can be of no benefit to humanity. Watch this popular TED Talk by Allan Savory to have your mind blown as to how humans can reverse deserts.

If you want to play your part in restoring carbon back to the soil where it belongs, try supporting holistically managed farmers and ranchers. Every grass-fed steak, dairy product, hot dog, lamb chop, or buffalo burger equates to carbon stored in the soil. If you want to learn more about how holistic management works, visit Holistic Management International or The Savory Institute.

Another pressing topic that Schwartz addresses is our world’s water cycle in relation to global warming. Think of it this way: Where do you feel more heat — on a tennis court or on a lawn? Schwartz makes the astute observation that water is a thermoregulator; it traps heat and then releases it. We use water’s thermoregulation in evaporative cooling efforts in our homes and greenhouses, and so too does the planet to manage heat. But as water dries up on the land in the air through deforestation, agriculture, and construction, there is not enough water to buffer the sun’s radiance.

Schwartz’s book features Jan Pokorny, a plant physiologist who received his Ph.D. from Charles University in Prague. He studies evapo-transpiration, a process where water circulates through plants and into the air. “ I saw that there’s more water circulating through plants than we can see, and that this invisible water cycle is important to the biosphere.” Pokorny also notes the importance of plants in reversing climate change: “Plants not only give us oxygen, they also produce for us clean water and function as the perfect air conditioning system.”

Pokorny’s colleague at the New Water Paradigm, Michal Kravcik, notes, “The most urgent challenge of present civilization is to understand that the drying out of landscapes has a much more serious impact on climatic change than an increase of CO2.”

To combat the loss of water in our ecosystem, and the accumulation of carbon in the atmosphere, Schwartz introduces solutions like: reforestation, pasture cropping, water catchment systems, rain gardens, and retaining water on land via holistic management. She also has eye-opening wisdom that refutes alarmist phrases like, “Cow farts are killing the planet!” (in case you hadn’t considered how the world got by when dinosaurs 10 times as big as cows roamed in larger herds and had excrement the size of Volkswagen Beetles).

If you want to become more educated about climate change and solutions, How Cows Save the Planet by Judith Schwartz is an entertaining rabbit-hole of empowering information that will leave you with the thought that maybe, just maybe, the world isn’t going to hell after all. And even more promising, that you are an important part in creating a brighter future for our planet.