Need a New Hobby? Try This 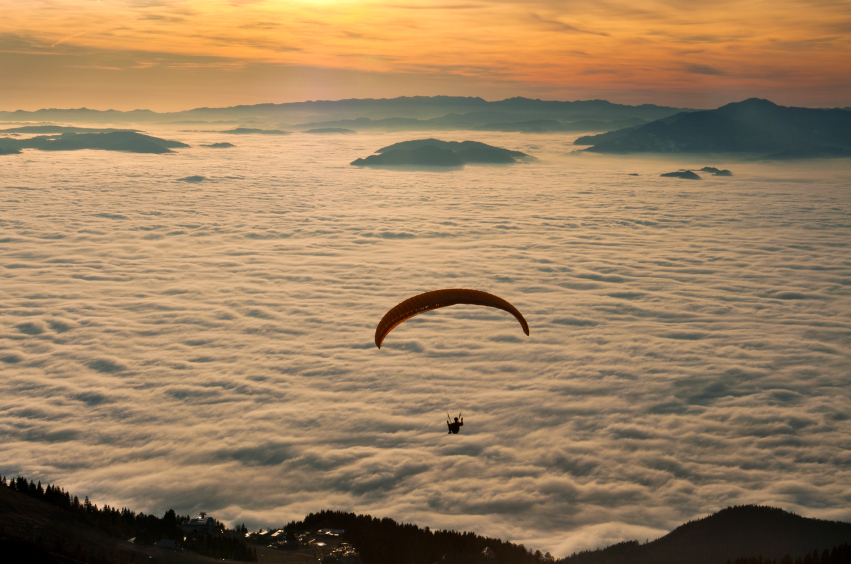 Men need adventure and challenge to renew themselves and feel alive. As young men, we have all the challenges we can handle in forming our character and beginning new families. But as we age, we need to introduce new challenges to stay young in our minds and in our hearts; otherwise, we decay. Some men get bored with themselves and step out on their spouses and families to feel the spirit of adventure. Some men play Dungeons & Dragons, or World of Warcraft. Others pick up paragliding.

Paragliding is a glorious sport that combines the adventurousness and self-reliance of rock climbing with exhilaration and total immersion in nature. Unlike hang gliding, which is transcendental in its own right, paragliding can be done with minimal investment and is as portable as a backpack. Many guys dream of free flying, but most never do so because the opportunity is rarely presented. If you want to do something bold, something new, and something you can look back at and say to your grandchildren, “Your Pappi used to be a wild sonofabitch!” then paragliding may be for you. Here’s your opportunity.

A little history on the sport

Paragliding is still in its infancy, having been born in the 1960s. Prior to the invention of the modern paragliding wing, military and adventurous types modified their parachutes to jump off hills or be towed behind trucks or boats. But it was only after Domina Jalbert invented the ram air “Parafoil” canopy that people started gliding for long distances.

It wasn’t until the late 1970s that the modern technique of running and launching off a slope was invented by a group of French parachutists. The next year, a paraglider was introduced at the Hang Gliding World Championships, and within a decade, paragliding had its own world championship. 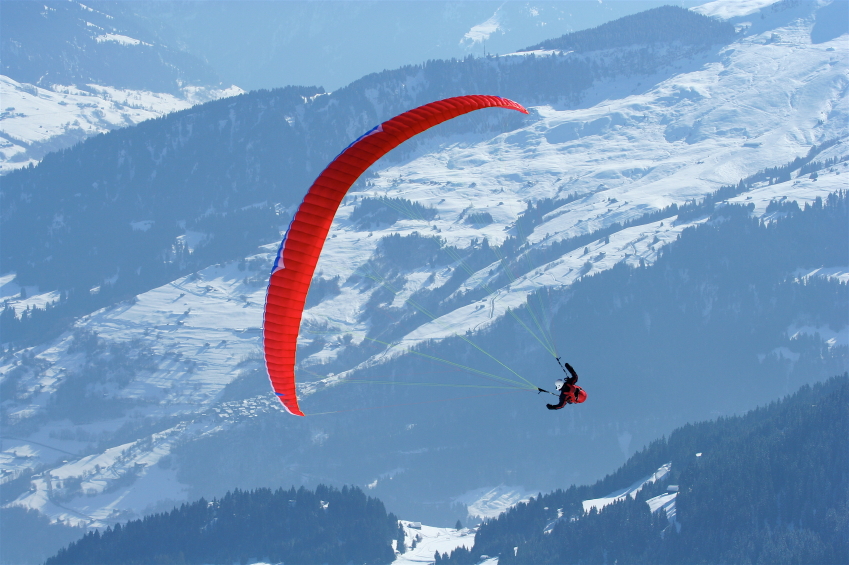 Today, there are paragliders who can soar for hours and hundreds of kilometers at a time. In 2014, Gavin McClurg traversed the Canadian Rockies all the way to the U.S. border. Though it took several flights, no forward advancement was made by foot on the trip, which totaled 700 kilometers. (Check out this video of McClurg crossing the rockies.) He says, “It was the most full on, out there thing I could think of doing with my life.” The current world record holder for distance traveled in a single flight is 513 kilometers, which was set by Brazilians Frank Brown, Donizete Lemos, and Marcelo Prieto in 11 hours of flying near the coast in Brazil. Whether they required diapers, no one can tell.

People can glide for hours at a time in a paraglider by harnessing thermals, ridge lifts, and wave lifts — all different types of updrafts that come from heated ground, air rising into mountain faces, and air blowing up on the downslope of mountains, respectively.

Learning how to read the terrain for these types of lifts are part of what keeps a paraglider aloft, as well as the ability to navigate and control the wing. Though you can fly solo on your first day, flying without instructor supervision requires a novice rating, which can take one to two weeks and generally costs between $1,000 and $2,500. Equipment can cost between $2,000 and $4,000, but unlike parachuting and base jumping, there is minimal tension on the rigging lines, so the initial investment will last four to five years.

When you compare the annual cost of paragliding to other activities, it seems like a no-brainer.

For one year of paragliding, including the first year of instruction and paragliding kit, the annual cost is between $1,200 and $1,800 dollars. Smoking a pack of cigarettes a day will cost you $1,825 at $5 a pack. Drinking a six pack of quality beer several times a week will cost between $2,000 and $3,000 a year. If you want the adventure and confidence that hang gliding has to offer, you can easily make it happen. With the community that paragliding offers, the accessibility (everything you need fits in a backpack), and the year-round opportunities, paragliding is a unique activity that anyone can increase their livelihood with. As a bonus, land navigation, a skill that any man ought to be familiar with, is part and parcel with paragliding.

If you’re curious to give paragliding a shot, here are some of the best training sites and resources to get you started.

The United States Hang Gliding and Paragliding Association has a comprehensive list of all paragliding schools in the nation. Here are five of the top training sites from coast to coast, which offer all levels of certification, tandem flights, equipment, and the best in customer satisfaction: