New Research Says We Need More Exercise Than We Thought 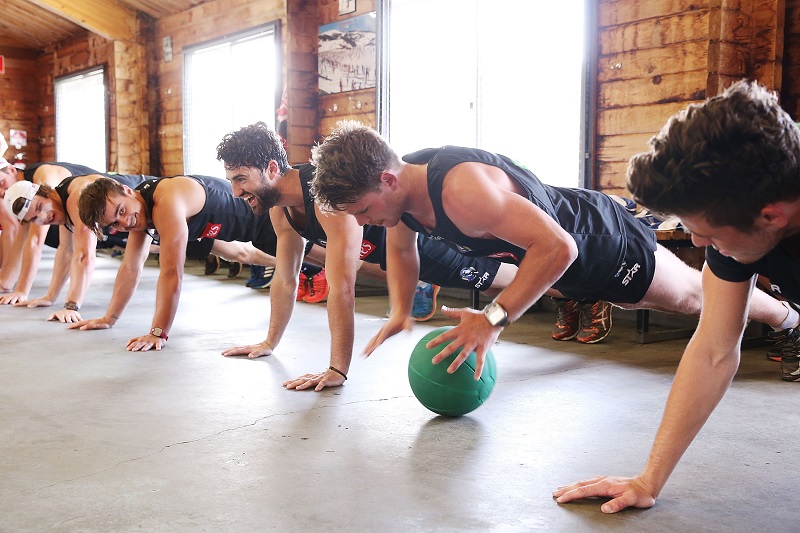 If you thought you were going to keep your doctor happy by doing the bare minimum, you’d best prepare yourself. Because the bare minimum just became considerably more difficult to reach.

Traditionally, physicians recommend that the average American aim for about 30 minutes or so of physical activity per day. Basically, what doctors want is to see you get your heart rate up for at least a half an hour, which will help burn off extra calories and ward off chronic issues like heart disease, and even strokes. This recommendation is backed up by big time medical organizations as well, like the American Heart Association.

But new research is proving that 30 minutes may not be enough. In fact, it’s not nearly enough.

The AHA’s own medical journal, Circulation, recently published a study that indicates most people need to aim for double the previously prescribed amount of daily exercise, from 30 to 60 minutes. Some people may even need to quadruple that number. Well, at least that’s according to certain headlines that have covered the study, including one from The Washington Post.

The study itself looked at 12 previously published studies, encompassing 370,460 men and women who participated in various levels of daily physical activity. As The Washington Post puts it, “Over a mean follow-up time of 15 years, this group experienced 20,203 heart failure events. Each of the participants self-reported their daily activities, allowing the team to estimate the amount of exercise they were doing.”

With that data in hand, researchers found that the individuals who did work out for 30 minutes per day were able to give themselves some protection from heart and cardiovascular disease. “Modest reductions,” as it were. But the true meat of the findings came from individuals who pushed it even further, and doubled or quadrupled that 30 minutes on a daily basis.

Those folks were able to cut their risks by between 20% and 25%. That’s where we’re getting those headline figures. While those numbers are impressive, they don’t necessarily mean that we should all be pushing to quadruple the amount of time we spend in the gym — though it looks like it wouldn’t hurt.

The study was also commented on by Dr. Wayne Scott Andersen, who is also a best-selling author. According to Dr. Andersen, we should take the findings of studies like this “with a grain of salt.”

“The study found that more exercise was better, but 30 minutes of exercise a day still produced returns in terms of heart health. That is not 30 minutes wasted,” Dr. Andersen wrote on his blog. “In fact, even 15 minutes of exercise is not wasted effort. Every bit of exercise matters. It’s important that you don’t lose sight of that because while striving to exercise for 60 minutes a day is admirable, it can also seem far too daunting to be practical.”

Practicality is the operative word here. Not many of us have the time to squeeze in even half an hour of exercise every day, let alone 60 or 120 minutes. With family obligations, jobs, and any number of other things, budgeting that kind of time can be a daunting task.

And that’s why, in Dr. Andersen’s opinion, getting that 30 minutes is still a good thing. It’s far better than nothing, after all. So perhaps what we should be telling people to do is to keep aiming for that 30 minute mark, and if possible, push further?

Or maybe the most important lesson that we can take away from this study is that 30 minutes of daily exercise at minimum is just that: a bare minimum. It may be enough time to get the blood pumping and burn off a little extra energy, but if people want to get serious about fighting off chronic illness and maintaining a healthy weight, they’re going to need to strive for more than just the minimum.