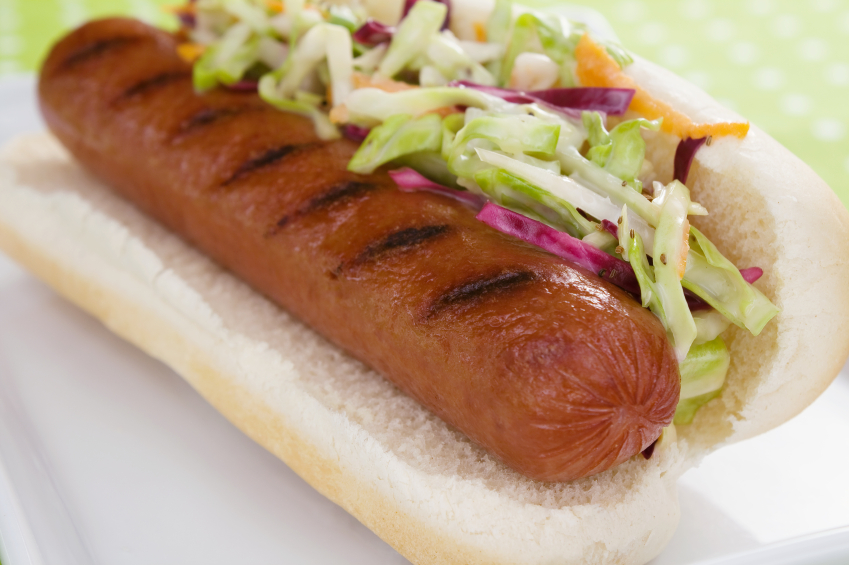 Attention vegetarians: You may want to think twice before ordering that veggie dog. As it turns out, those meatless wonders could be total impostors — according to a recent study by food analytics group Clear Labs, 10% of vegetarian hot dogs contain meat.

That’s right, as if the announcement about processed meat increasing the risk of cancer wasn’t bad enough, now the meat-free alternative isn’t exactly, well, free of meat. The company tested 345 hot dogs from 75 different brands and found that 14.4% of them contained some sort of “problematic” ingredient. To get these results, Clear Labs used “next generation genomic technology” to analyze food for quality, the company states on its website. After doing so, the findings were disturbing, to say the least.

“We encountered a surprising number of substitutions or unexpected ingredients,” the company says in the report. “We found evidence of meats not found on labels, an absence of ingredients advertised on labels, and meat in some vegetarian products.”

Specifically, Clear Labs discovered chicken in 10 samples, beef in 4 samples, pork in 3 samples, and lamb in 2 samples where they weren’t supposed to be present, including vegetarian hot dogs. They also detected other discrepancies between the statements made on the labels of these franks, and what they actually contained. Some varieties that claimed to be pork-free (often important for religious reasons) in fact contained traces of pork. Other brands also contained meat not listed on their ingredients list.

But wait, it gets even worse. Some of these “problematic” hot dogs, 2% to be exact, contained traces of human DNA. Yes, you read that correctly. However, before you freak out about unwillingly being a cannibal for all these years, the company reported that the traces of DNA were largely the result of human hair and broken finger nails (only slightly more comforting, but we’ll take it). Plus, other sources point out that human and pig DNA are incredibly similar in structure, which could also account for the alarming findings.

“It is unlikely that human DNA is harmful to consumer health. In general, we consider human DNA a hygienic issue that degrades the quality of food more than a public health concern,” said Sasan Amini, a Clear Labs co-founder, reports the Huffington Post.

While all of this news might seem incredibly scary, more research needs to be completed before we should conclusively cut our favorite franks from our diet — vegetarian or otherwise. And luckily, the report did include a light at the end of the tunnel:

“Despite the problems we found, what was most promising in our tests was the fact that there are a number of hot dog manufacturers, large and small, that are producing high-quality hot dogs with integrity. These producers were not limited to organic producers or high-end specialty brands — products across a variety of price points scored well.”

In other words, if you want to take every word of this report to heart, there are plenty of brands out there that the company highlights as reliable. A list of these retailers can be found in the Clear Labs report.