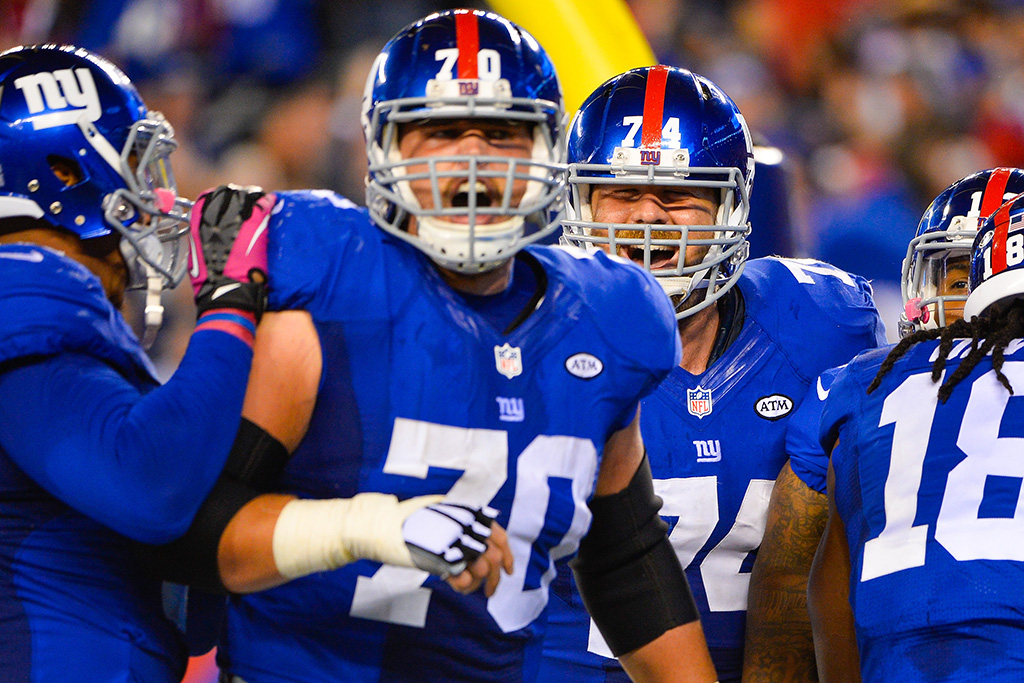 Sometimes it’s a pain that builds over weeks. Sometimes it’s an audible pop. Regardless of the specifics, an injury is nothing short of a complete nuisance. For many weight lifters and fitness buffs, it’s often something like a strained back or rolled ankle. Things are decidedly more serious when it comes to professional athletes, particularly football players.

The very nature of an NFL game makes coming away with only bumps and bruises look like a minor miracle. Though any player is at risk, some end up with a disproportionate share of bodily damage. Offensive guard Geoff Schwartz, who was recently released by the New York Giants, is one of them, having managed everything from a dislocated toe to a fractured leg. We caught up with Schwartz to learn about his injury recovery process and how he manages to stay so upbeat despite such rotten luck. The following is an edited version of our conversation.

The Cheat Sheet: You’ve had a bit of a rough time with injuries during your career. Was it ever an issue when you were a younger athlete?

Geoff Schwartz: When you’re young and get banged up, you can bounce back from it so much faster. I remember I had sprained ankles in football and doctors saying you need to take off X amount of time and I’d just play anyways.

CS: So let’s talk about your professional career. Could you talk a little about your first significant injury in the NFL?

GS: In 2011, I had a lot of pain in the off-season in my hip. It was the year of the lockout, so I wasn’t able to go into the facility to see our doctors or trainers anyways. When camp rolled around, I felt pretty good, but something wasn’t right the first day. I kept trying to play through it but, about 10 days into camp, my back kind of gave out.

I knew it was bad because I’d been hurt before. It never got better and I had it operated on. I had never had an injury that took me out for a season, so it was quite an adjustment.

CS: How do you know if its’ something you can manage with physical therapy versus something that’s going to require surgery?

CS: How does your recovery strategy when you’re in season differ from the off-season?

GS: Your job is to play, so if you have an injury during the season, you want to get back. And it’s a mutual thing. It’s not like the team is pushing you and you don’t want to play. It definitely is a sped-up rehab process during the season, but there are some injuries you can’t speed up.

If you break a bone, a bone takes a certain amount of time to heal whether you’re in season or not. Maybe if you have a muscle injury or slight sprain, you can play through that during the season by managing it properly. Then you get it fixed in the off-season.

CS: When you know you’re going to be sidelined, what’s the first thing you do?

GS: Call your agent and figure out where you’re going to get the surgery. You’re allowed a second opinion, so with my hip when I was playing for the Panthers, I went to a specialist in New York and a specialist in Colorado. You find who you want to do your surgery, schedule it, then figure out your rehab plan.

More and more, people are starting to use doctors who aren’t associated with the teams because you want a specialist. Not many people do the type of hip surgery that I had, so I wanted to go to the guys who do hip surgery.

CS: It must be so frustrating when you’re forced out. What do you do to keep yourself mentally going?

GS: That’s the hardest part. It just comes down to your family. You have to have people around you who stay positive and support you as you rehab, and that’s really tough. I got injured in New York right at the time my son was born and I couldn’t help my wife get my son out of the crib for a couple of weeks. You just have to have family who understands what you’re going through.

And I like working out. I like the process of getting ready for the season, so that always motivates me when I’m doing rehab. I think, ‘Ok, whatever I’m doing is going to make me a better football player.’

CS: You’re pretty active on Twitter and it’s a good example of your positive attitude. How do you manage to stay so upbeat?

GS: I don’t think it’s a great tool for venting; there are other outlets for that. In general, I’m just a positive person. I’ve found that it’s better for your health and well-being. I think a lot of it is I don’t have any regrets from how the Giants situation went down. I’m not upset. Don’t get me wrong, I’m disappointed I got released, but I’m not regretful or hateful to the situation.

I see things through maybe a little bit different of a lens than most people. I’m realistic with the way I view the world and I think it comes off on Twitter. 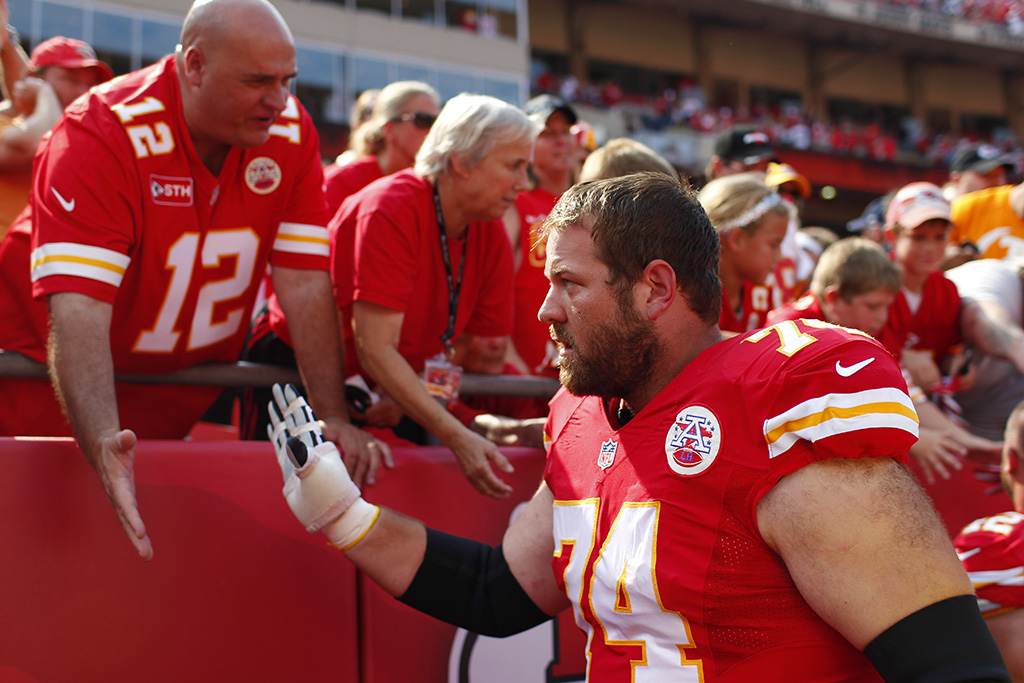 CS: What are you going to be doing in the coming months to get yourself in the best possible situation for next season?

GS: I go to the gym, and I have a buddy program my workouts. I’ve done it long enough that I know where I need to be before I go train, and then I go to a training facility. I think that’s best for me. It isolates me, so I can focus on training. I eat really clean, I work out, and I don’t really do much else, just rest and recover. I miss my family and whatnot, but it’s always really good for me to go away in the spring and summer to concentrate on workouts. Your body is your tool in this game.

CS: How do you know when you need to take a step back and give your body a little more rest?

GS: I really trust my gut and I know when I need to rest. You know how much time you put in and what’s coming forward. And typically, in a month’s cycle, you’re going to have a week or a couple of workouts that will be a little less. But I’m big into trusting my gut and doing what I think is going to be right. If I think I need a day off, I’ll take a day off.

CS: What advice do you have for people who are constantly feeling frustrated by injuries?

GS: A couple of things. One is your diet. Your diet plays into that, especially if you’re having a lot of soft tissue injuries or you have a lot of inflammation. Your eating makes a big difference in how well you can recover from workouts and injuries.