You’ll Spend This Percentage of Your Life Having Sex 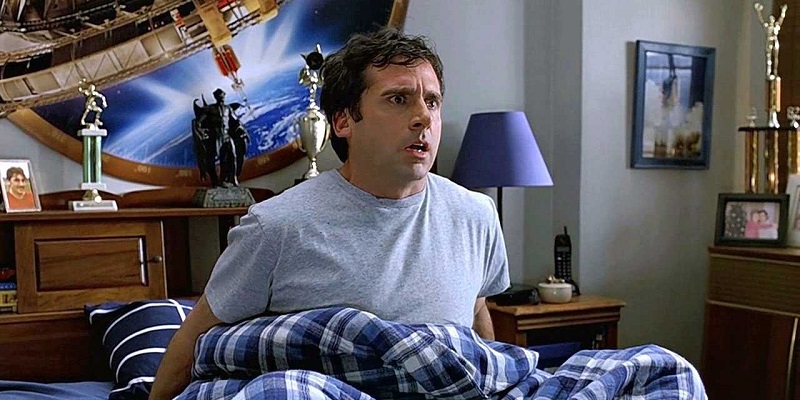 Life is short, and you want to make the most of the time you have. You never know when you’ll be hit by a cement mixer, or have a brain aneurysm. Yet, if you were to actually plot out how you spend your time day in and day out, you’d probably make some big changes. Or, you might “live like you were dying,” to swipe a phrase from Tim McGraw. The point is, death is lurking around every corner.

Though it’s possible to plot out how you spend every minute of every day, most of us aren’t going to do that. We’re busy living, after all. But we can look at some averages and society-wide numbers that shed some light onto how, exactly, people are spending their lives. Reebok actually did the research and found that the average person lives 25,915 days — and the way we spend that time may depress you.

Perhaps the most interesting of the findings was that the average person spends 0.45% of their lives having sex, or 117 days. So, congratulations on that. But what’s truly discouraging is just how little of our time we dedicate to fitness and exercise. According to Reebok’s numbers, we spend less than 1% of our lives exercising. That might actually make a lot of sense when you consider how many of our health issues are tied to or directly caused by things like obesity, poor diet, and a lack of exercise.

If you want to give that number some contrast, here’s this: You spend 41% of your life, or 10,625 days, staring at a screen or device of some kind. You’ll also spend 30% of your life sitting down. As for exercise? Only 0.69%, or 179 days. Of course, you could be doing some of these things at the same time, but what the numbers reveal is how little time we dedicate to physical activity and improving our level of fitness.

Here’s a video presentation that Reebok put together as a part of the release:

The study itself is the product of a collaborative effort between Reebok and global consultancy Censuswide. The effort was done in order to gain a better understanding of how we prioritize fitness, and just how much of our most precious resource — time — we’re setting aside to make sure we’re getting enough exercise. With such a small relative amount of our lives dedicated to exercise, the study shows that the average person’s priorities are due for a shake-up.

“As a brand dedicated to promoting and supporting health and fitness around the world, we felt compelled to shine a light on the disparities between what we may aspire to achieve and what we’re willing to do about it,” said Yan Martin, vice president of brand management at Reebok, in a corresponding press release. “It gives us a renewed urgency to get out there and live fuller, healthier lives. If we all traded in 30 minutes of phone time for a jog, we could actually help change the dynamics of global wellness.”

The key, of course, is finding a way to get people to put down the Xbox controller or smartphone, and actually get excited about fitness. A lot of people hate to exercise, which is one of the reasons we’re seeing so many health issues related to obesity in certain parts of the world. Reebok’s team hopes that their project — with their eyebrow-raising numbers — will encourage at least some people to get more exercise.

“The spirit of 25,915 isn’t one of fear, but of hope and opportunity. This study will hopefully help to push and inspire people to do more. Run one extra lap, climb a few extra stairs — it could mean one more lap of the earth by the time your 25,915 days are up,” Martin added.

If you’re one of those people looking to get more active, there are a seemingly infinite number of ways to get the ball rolling. There are running programs designed specifically for beginners. The same goes for weight lifting. The important part is that you’re making the effort.

Check out Reebok’s full report, and find out how you can be spending your time more wisely.