October Means Flu Season is on the Way | Are There Any Flu Shot Side Effects?

Now that October is here, it’s time to get the flu shot, says the Centers for Disease Control, which recommends people get the vaccine by the end of October each year. Last year, less than half of all Americans got their shots, leaving a majority unvaccinated, the CDC said. 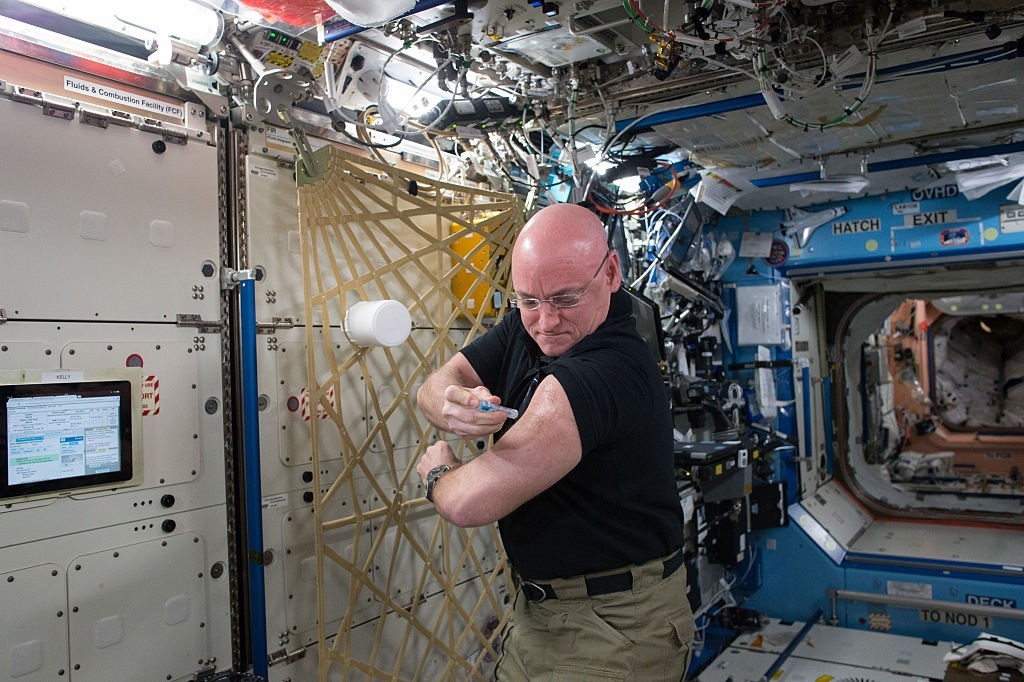 Don’t like the idea of getting a flu shot? Well, it could be worse. You could have to give yourself the shot, like NASA astronaut Scott Kelly did while aboard the International Space Station in 2015. | NASA via Getty Images

While the CDC shares information regarding the flu shot and also provides a handy flu vaccine finder, some may choose not to get the shot, worrying whether they will experience any harmful side effects.

The one year I didn't get it…I got the flu! Be sure to get your flu shot this season! #arnews @KATVNews pic.twitter.com/yiKvrC4mpx

In rare cases, the flu shot, like other injections, can cause fainting.

Who should not get the flu shot? Children younger than 6 months of age and people known to have severe allergies to flu vaccines should not receive the shot, according to the CDC, which maintains that pregnant women should get the flu shot “to protect themselves and their developing babies.”

Worried the flu shot will give you the flu? That’s not possible, Dr. Jon Abramson told Time. “It will flat-out not give you the flu,” said Abramson, who is professor of pediatrics at Wake Forest Baptist Medical Center. It may give you a slight fever, “but almost every vaccine can do that,” Abramson added.

Which is better, FluMist or the shot? The CDC actually is not recommending anyone get the mist version of the vaccination during the 2017-18 flu season due to concerns about the mist’s effectiveness.