Office Affair: Warning Signs That a Work Relationship Has Gone Too Far

It happens all the time — a superficial interaction goes beyond ‘friendly’, and suddenly you’re left wondering if what started as a harmless conversation is turning into a flirtation.

This confusion is intensified tenfold when you work with the friend in question. If you think your work relationship is on the verge of crossing the line into inappropriate territory, ask yourself the following questions, and figure out how to right the situation before it gets out of hand (page 7).

Your coworkers are uncomfortable 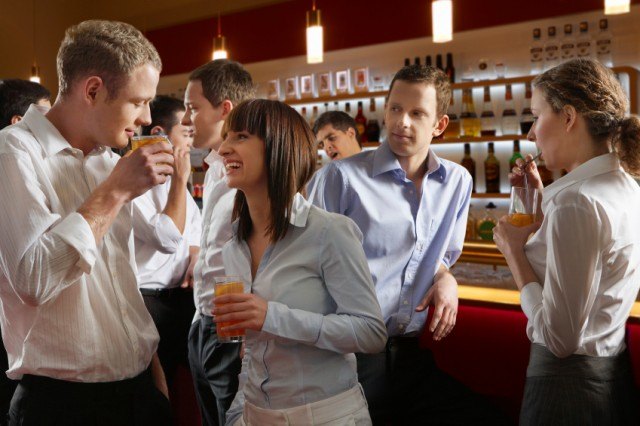 Making things so obvious may make your cowokers uncomfortable. | iStock.com

Do people seem uncomfortable around the two of you, or exit soon after you begin talking? This is a sign that they recognize the relationship may have crossed into inappropriate territory.

The AAFP defines the seven characteristics of a successful work relationship. One of the characteristics which directly contradicts this point is mindfulness. It’s not only important to be aware of what you say at work but to be mindful that if your conversation makes a coworker uncomfortable, it’s probably indicative that your relationship is inappropriate.

You prioritize it over your home relationships

Are you making plans that cause you to neglect your family? | iStock.com/karelnoppe

If you’re blowing off plans with your significant other to extend the workday with a coworker, it’s headed into dangerous territory. Physical plans aside, if communication between you and a coworker infiltrates your home life, it’s concerning as well.

A Reddit user who has been the victim of her spouse’s work relationship, as well as engaged in her own, illustrated this. “I’ve come home and been absolutely sick about it,” she wrote, referring to her work flirtation, “I feel cold and shaking and trying to fall asleep at night has sometimes been difficult. So I know it’s crossed over to something else.”

Do you find yourself venting to them about your home life? | KatarzynaBialasiewicz/ Getty Images

If you share everything with this coworker — your significant other’s issues, your children’s recent accomplishment or challenges, your financial concerns — it’s crossed from a work friendship into a matter of concern.

On the other hand, if you avoid talking about your home life at work completely, that can indicate a dangerous liaison that’s occurring out of the office eye. Ruth Houston, founder of InfidelityAdvice.com and author of Is He Cheating On You? described a woman who first became suspicious about her husband’s “work spouse” when she was in a bathroom stall during his office party. Houston said the woman overheard co-workers talking about her, saying, “That’s his wife? I didn’t even know he was married. I thought he was dating so-and-so.”

You give them preferential treatment

Do you now make exceptions for this specific coworker? | JackF/iStock/Getty Images

It’s natural to have close confidants in the workplace: It makes the day go quicker, often increases productivity, and certainly makes a job more enjoyable.

However, if you’re giving a coworker or employee preferential treatment or assistance (or receiving it), it’s a red flag that the two of you are toeing the line. According to an Office Pulse study, 29% of the surveyed “work spouses” said they’d done something to make their work spouse look better at work, and 16% have actually done their co-worker’s job for them.

How would HR feel about this? | Julief514/iStock/Getty Images Plus

If the answer is no, you’re on thin ice. Most companies have sexual harassment policies to protect against a hostile work environment, and while a consensual flirtation may not seem like an issue, it can actually turn into one.

Eric Dowell, a lawyer at the Atlanta law firm Ogletree, Deakins, Nash, Smoak & Stewart, said these policies were known as “anti-fraternization” or “love” contracts. Some of the policies forbid workplace dating altogether. Others require coworkers to declare a relationship once it becomes evident. This is clear sign that your “work spouse”  has gone too far if you’re already in a committed relationship.

You’re hiding things from your spouse

Are you starting to hide small details from your spouse? | iStock/Getty Images

It may start off harmless … a coffee here, a lunch there. But if you don’t feel comfortable revealing the details of your work friendship to your spouse, there’s a clear issue at hand. Houston said that if you are hiding any aspect of the relationship from your spouse, “That’s telling the person there’s an open door … And if you’re reluctant to share anything you do or say with your spouse, even if it seems innocent, you have to ask yourself why.”

To make it right, you’ll need to ‘back pedal’

You will need to cut ties with your office fling. | iStock.com/monkeybusinessimages

Houston advises that to make things right, you’ll need to “back pedal” the relationship. “Stop having lunch. Keep your office door open. If you’re on business trips, meet in the conference rooms or lobby, not in hotel rooms. If you sense anything is going on, nip it in the bud.”

There’s one question you can ask yourself if you’re still convinced the relationship is innocent. “‘If you were single, is this the type of person you would want to be with?’ If the answer is yes, that’s a red flag,” Houston says.