A picture of the average joe is worth a thousand words, right? So how much to do you think a photo of a royal amounts to? This is a question best posed to the exclusive set of photographers and painters that have portrayed the British royal family over the years. We can only glean so much from looking at a photograph. But, lucky for us, some of the official photographers have shared the secrets from beyond the camera’s lens.

The young royals add another dimension

The kids add a new element to the royal family. | Ben Pruchnie/Getty Images

Official photographer Chris Jackson recently told Town & Country how much he enjoys photographing Prince George and Princess Charlotte — especially when they aren’t following the rules or posing for anything. “They’re incredibly cute even when they’re not doing quite what their parents are hoping they’d do,” he said.

Princess Margaret was not in the royal portraits in 1981. | STF/AFP/Getty Images

Royal portrait painter Richard Stone opened up to The Telegraph about his sittings with the royal family over the years. The most scandalous is perhaps that of Princess Margaret, who would be a no-show during sittings in 1981 because she was involved with a younger man named Roddy Llewellyn after being newly divorced from Antony Armstrong-Jones.

The wedding wasn’t as magical as most think. | Getty Images

Princess Diana’s wedding to Prince Charles was revered as a fairy tale through and through, especially when it came to Diana’s princess-worthy gown. But as her makeup artist later revealed in an interview, Diana had spilled perfume on the gown, leaving a spot on its ivory sheen. Take a second look at the wedding photos, and you will notice that Diana regularly clutches the same spot on the left side of her gown. While we’re on the subject of this wedding…

Behind the scenes at Charles and Di’s wedding

There was a lot going behind the scenes during the wedding. | STR/AFP/Getty Images

We’ve all seen the glamorous shots of Prince Charles and Princess Diana’s wedding. But in 2015, previously unreleased black-and-white photos from behind the scenes of the wedding were put up for auction. They reveal the hustle and bustle when the rest of the world wasn’t watching — and shows a more somber tone to what was supposed to be a happy occasion. (Perhaps a prelude to Charles and Diana’s rough marriage.)

Prince Phillip confessed to ‘sneaking around’

Painter Richard Stone has allegedly built up quite the report with the Duke of Edinburgh. In his interview with The Telegraph, he says that Prince Phillip confessed to sneaking around Buckingham Palace while visiting Princess Elizabeth — the future queen and his future wife. Phillip said he would sneak around after everyone went to sleep so he could look at the artwork in the halls. 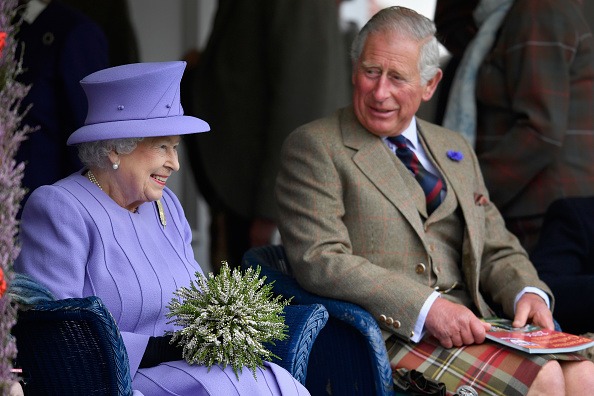 At the end of the day, they are just mother and son. | Jeff J Mitchell/Getty Images

Most sightings of Queen Elizabeth and Prince Charles, who will take the throne after her, are very stoic. But in his collection of favorite photos, Chris Jackson shared a picture of the queen and her eldest son sharing a whole-heart laugh. “… You forget that at the end of the day they are just mother and son,” he says. “These little moments for me are the things I’m trying to capture as a photographer.”

What makes Kate and Harry so fun to photograph

Jackson references both Prince Harry and Kate Middleton as two of his favorite photography subjects. “I like photographing the Duchess of Cambridge because she often gets involved in activities,” he muses. And as for Prince Harry, Jackson says: “I look forward to going away on any trip he’s involved with because he’s great fun to photograph.”