The oldest known living person in the United States celebrates her 114th birthday Thursday in Pennsylvania. Delphine Gibson received a personal greeting from Governor Tom Wolf. She was born in South Carolina in 1903 and moved to Pennsylvania in 1928, reported MSN.

Gibson, a mother of three, attributes her long life to a faith in God according to Daily Mail. She is a member of Mouth Hope Missionary Baptist Church and has been a resident of AristaCare in Huntingdon Park for the past 15 years.

She married Taylor Gibson in 1928. The two had three children together – Frank, Moody, and Ella. Taylor Gibson passed away in 1980.

Gibson became the oldest person in the United States when Adele Dunlap passed away on February 2017 at the age of 114. 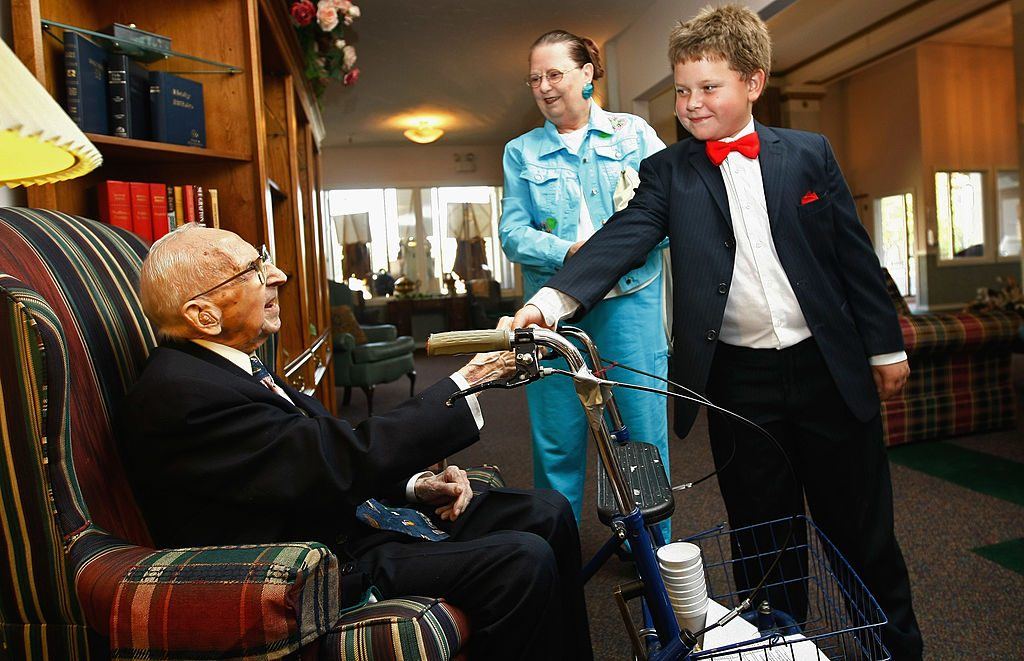 Walter Breuning greets Mathew Nicol, 10, who came with his family to visit the supercentenarian at the Rainbow retirement home in 2009 in Great Falls, Montana. Breuning, born in 1896, inherited the title of world’s oldest man | John Moore/Getty Images

Gibson’s status as the country’s oldest person is listed with the Gerontology Research Group (GRG), an organization which tracks people older than 110 worldwide. The GRG’s mission, as stated on its Web site, is to “slow and ultimately reverse age related decline.” The GRG lists 117-year-old Violet Brown in Jamaica as the oldest person living in the world, born March 10, 1900.

French supercentenarian Eudoxie Baboul, 114, receives communion from Bishop Emmanuel Lafont during a mass given in her honor in 2015. Jody Amiet/AFP/Getty Images