Olympian Andrew Steele Talks How to Get Fit Using Science 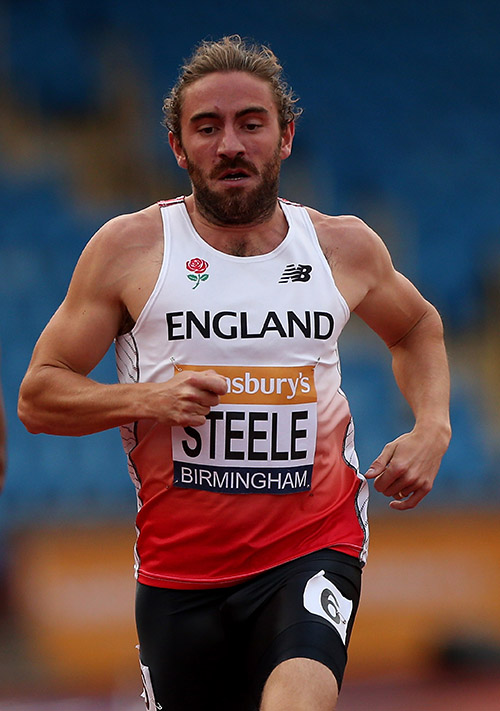 Athletes aren’t typically known for their intelligence. In their profession, performance matters more than IQ. But Andrew Steele doesn’t see it that way. After some blazing performances at the 2008 Olympic Games, the British 400-meter runner struggled with a string of injuries and illness that kept him from making the team in 2012, and he thinks science can explain why.

At the suggestion of a coach, Steele took a genetic test from DNAFit, a company that helps individuals achieve optimal fitness using information about their genetics. The results suggested he’d been going about his training all wrong. Fast-forward to the present, and Steele’s feeling better than ever and now heads the professional sport and fitness segment of the company.

We recently caught up with Steele to hear more about the connection between science and athletic performance as well as what it means to him in preparation for this year’s Olympics. Here, we share an edited version of our conversation.

Andrew Steele: I was born with a different body type than the rest of my family: tall for my age with long legs and, for some reason, a desire to run fast.

I ran fast at the Beijing Olympic Games in 2008, but then slower after suffering from Epstein-Barr virus [mononucleosis], an Achilles tendon rupture, and overtraining syndrome. I failed to reach my goal of 7 years, missing out on the Great Britain team for the London 2012 games.

Then I began my first foray into entrepreneurship with DNAFit. I also got married. I ran a bit faster again and I’m trying to run fast one last time, hopefully at the 2016 Olympic games in Rio.

CS: Which experiences were the most influential in your life and led you to taking the path less traveled?

AS: Morbid though it may sound, failure has been the most driving factor in making me who I am today. I learned the hard way how to fail, so now the prospect of not succeeding isn’t so mysterious.

I worked specifically toward the London 2012 games for seven years. Seven years with a single goal and, somehow, every aspect of my identity was defined by this journey. When I failed to even make the team, let alone medal there, it posed a big question about who I was and what I was trying to achieve in life. It was a very difficult process.

Ironically, it was this huge failure to achieve a goal that gave me a clearer sense of what my goals should be and how I conducted myself in trying to reach them. Had I not experienced this failure, I believe I would be a much weaker, less well-rounded person today.

CS: A lot of people dream of becoming athletes, but it’s usually not in the cards. At what point did you realize it was a possibility for you?

AS: I only realized once it was too late and I was already in! I finished my formal education at 18 years old. I deliberately, and now I believe mistakenly, chose not to go to University in order to train and compete full time as an athlete.

In retrospect, this wasn’t the correct decision. I was quite strong academically and I think I would have enjoyed the process of studying and living as a student-athlete simultaneously. However, this is all very well to say looking back. Things may have worked out very differently and perhaps I would have never achieved a place at the Olympic games if my path had been different.

CS: Before coming to work for DNAFit, you took the test on sort of a whim at the suggestion of a coach. How did you go from that point to realizing you wanted to be a part of it?

AS: I took a DNAFit test at an important part of my life. I had just failed to reach London 2012 and I as trying to work out how to get back to my best. The results spoke so personally to my journey of hard-learned trial and error that I knew this sort of information could be useful to others.

As soon as I met with our original founder Avi [Lasarow], we hit upon a good working relationship straight away. We began working together on a small project, and it became clear very quickly there was a great synergy to us working together in a more meaningful way.

CS: You sort of play the role of coach with people who choose to do the DNA testing. What’s that experience been like?

AS: I love to give advice. I always have and I’m not particularly sure why. Maybe it’s something to do with wanting to share knowledge. I’ve often thought during my career as an athlete that there were times I wished I was given some more specific and forceful advice from others, which they maybe didn’t feel confident enough to share.

A common facet of a sportsperson’s character is they’re sure of themselves and headstrong. But from my experience, the most successful sportspeople are always willing to learn, no matter how successful they’ve been. I wish I had been more open to taking advice as a young athlete, rather than thinking I knew it all. Had I been, I’m sure I would have achieved more.

When I speak to customers through their DNAFit reports, I always try to relate how their genetics might change just one or two things about how they train or eat to reach their goals. I’m very careful never to overstate the use of genetics, but just to help people understand how to tweak what they currently do to make their fitness that little bit more personal. If I can change their mindset to think about what works for them, rather than what works for everybody else, then I feel I’ve given them value, and that’s satisfying.

CS: Is there another person in your field who inspires or challenges you?

AS: In my athletic life, I’ve learned how to lead, how to motivate and, therefore, how to help others be their best thanks to my coaches Stephen Ball and Chris Zah. Steve led me from 8 years old to 28 years old and Chris from 28 to now. Both have showed me how to create a culture of performance in a disparate group of people with positivity, commitment, and a sense of collective will.

The third is Avi, my business partner and founder of DNAFit. Avi has taught me so much about how to run a business. He’s shown me the true meaning of hard work, and he has a remarkable ability to push forward no matter how complicated or busy life is.

CS: What does a typical day in your life look like? Do you have a morning routine, afternoon routine, and bedtime routine?

AS: I wake around 6:45 a.m. I’m a trained barista, so the first thing is coffee, always straight espresso brewed in an Aeropress, like a coffee snob’s version of a French press. I normally drink the equivalent of four espressos first thing.

I generally eat a high-protein breakfast of three eggs, some cheese, and meat. Sometimes I’ll eat Greek yogurt with oats if I’m in a rush.

Before bed I always mean to reduce blue light from my phone or computer, but my attempts are futile. The last thing before I sleep is reading to help calm my brain, and it seems to work.

CS: What’s the one thing you always make time to do?

AS: I can play guitar, piano, and drums, and I used to be a DJ and music producer. I even produced a number one single in Botswana! So I almost always make time to either play or listen to music properly. I don’t have as much time to play piano as I would like, so that’s a big goal of mine — to get back to a point where I can play the piano every day.

CS: After a pretty successful 2008 Olympics, you went through a rough patch where you dealt with injuries and illness. How has your training changed since then?

AS: I spent the four years from Beijing 2008 to London 2012 effectively learning how not to train. I did some great training, but somehow it wasn’t that effective on a personal level. I also dealt with some serious illness and injury with mono and an Achilles partial rupture.

I try now to learn from this lesson, focusing specifically on playing to my strengths rather than attempting to make my weaknesses my strengths. I think this is a good principal to use in all aspects of your life.

CS: Have your goals for what you want to achieve as an athlete changed?

AS: I used to dream of being the best athlete for external reasons: beating others, profile, and so on. Now it’s completely different. I want to satisfy myself in that I can work toward something and make it back for my own personal journey. I want to achieve the best output possible from my efforts.

Rio 2016 is very much the aim and it will be a difficult task, but isn’t everything? 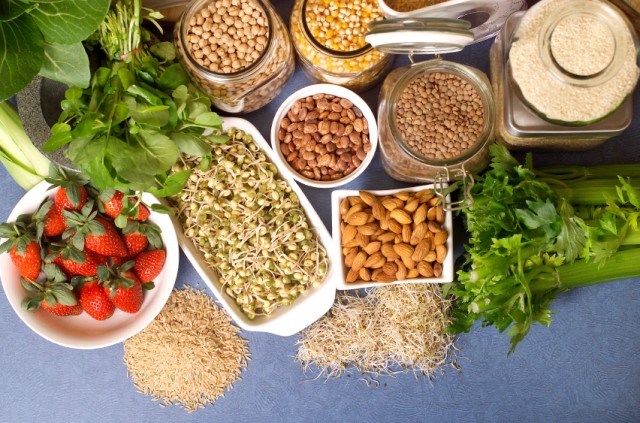 CS: DNAFit is about personalized nutrition as much as it is training. How much does food play into the results people see?

AS: I believe one cannot separate exercise or nutrition in the role of fitness and well-being. The two are intrinsically linked, from both a physiological standpoint and from a psychological standpoint. Trying to adhere to an incredibly strict eating pattern while living a completely sedentary lifestyle … it makes the whole journey that much tougher.

The right balance of increasing and improving the exercise you do coupled with great dietary practices is, in my opinion, the way to reach our goals. They say you can’t out-train a bad diet, but you also can’t out-diet an inactive lifestyle.

CS: What’s one piece of unconventional wisdom that’s stuck with you over the years? Where did you hear it?

AS: It’s not so much a piece of wisdom, but many years ago I was shown a study by Picasso of eight different drawings of a bull, which I later learned Apple used to inform their design policy.

The study shows the same bull in each picture, but drawn in increasingly simple form. Somehow the simple line drawing portrays exactly the same impression as the detailed version and I think it’s an important factor to consider in everything you do in life.

CS: What book can you recommend that was the most influential in your life?

AS: East of Eden by John Steinbeck. This is a novel that’s a work of fiction on the surface, but it taught me a great deal and changed the way I thought, which is what I think every good book should do. In particular, about the vague and often overused concept of greatness, which I guess is what every sportsperson is trying to achieve in their on-field life.

CS: Do you have three “cheats” you use in your daily life that we should know about?

AS: I’m not sure I have three, but one of the overriding principals I try to use, and seems to help, is to never make a decision based on emotion. When you cut out the emotion behind a decision, there’s always a more sensible and clear outcome.