Outdoor Illnesses: 7 Diseases and Illnesses From Being Outside

It’s called “the great outdoors” for a reason — in most cases, being outside can be a health remedy, not a hindrance. But there are times when that’s not always the case, and being outside in the elements can cause health problems that vary from a nuisance to fatally serious. In pretty much every case, however, there are ways to make sure you’re prepared and can avoid these outdoor illnesses, or at least minimize the effects they have on your body.

Being outside can improve your memory and your eyesight, reduce your stress levels, and help with your creativity. But none of that will be worth it if you get seriously sick — or maybe even if you get a runny nose. Here’s seven outdoor illnesses you might encounter in all seasons, and what you can do to make sure you’re prepared.

Know the signs of a heart attack. | iStock.com

We can’t blame the cold for a weak heart — that often has more to do with a lack of exercise and poor eating habits. But being exposed to extreme heat or cold can give you chest pains, especially if you already have cardiovascular disease.

Heart attacks are more common in the winter, according to Consumer Reports, and it can be explained by the effect cold temperatures have on your body. Cold snaps can increase blood pressure and strain the heart as it works harder to pump blood and maintain your body heat. If you’re working outside, shoveling snow for example, and you feel sudden dizziness, shortness of breath, and/or chest pain, don’t ignore it. Heart attacks can strike no matter your age, so bundle up any time you’re working in extreme cold. 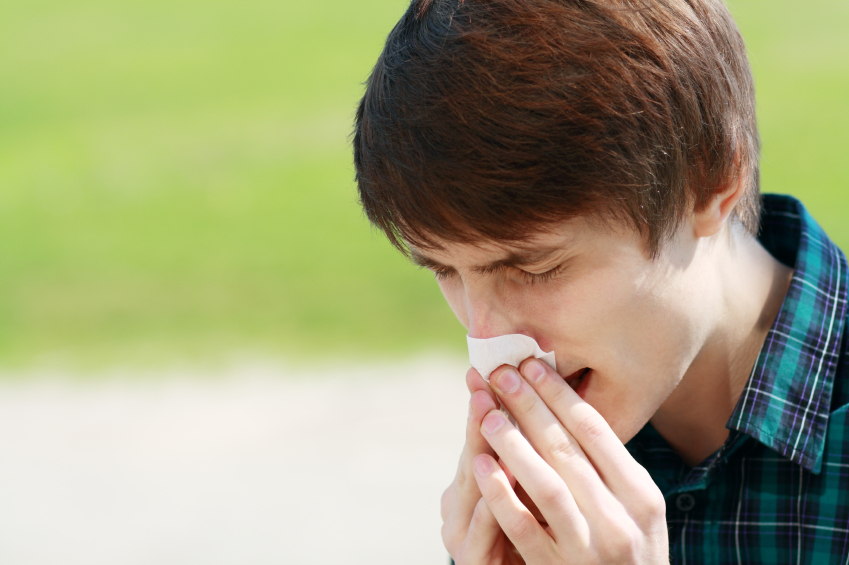 Hay fever can be a major inconvenience. | iStock.com

Perhaps the most common and least life-threatening of the afflictions on our list, hay fever paradoxically does not come with a raised temperature, nor is it normally caused by hay. Doctors will refer to this as “allergic rhinitis,” and it’s caused by your body’s reaction to pollens or allergens in the air. You can experience chronic rhinitis from mites, pet dander, or dust particles in your home, but hay fever generally becomes the bane of people’s existence in the spring, summer, and fall because of outdoor exposure.

Hay fever is your body’s reaction to mold or pollen from grasses, trees, and weeds. You’ll likely experience a runny or congested nose, itchy eyes and throat, and sneezing. It’s basically all the symptoms of your common cold, but in the warmer months. You can be diagnosed by an allergist, who can prescribe medications that might alleviate the symptoms. If doctors aren’t your thing, you can also try over-the-counter allergy medications and eye drops to see if that will do the trick.

Being outside won’t cause you to develop asthma, but it can certainly trigger an attack. Pollutants in the air during warm weather can worsen symptoms and trigger a reaction, and rainfall can stir up mold spores that also make attacks more possible. Cold weather can also be an enemy of people with asthma, since the colder air can constrict airways, Dr. Todd Rambasek told Everyday Health. To remedy the problem, use your inhaler before going outside and wear a face mask or scarf over your face to limit the frigid air you’re breathing.

You can of course get a bad sunburn from being outside without proper clothing or sunscreen, but sun poisoning is when that burn becomes more severe. The University of Pittsburgh Medical Center says symptoms can include dehydration, fever, nausea, fainting, and blisters on your skin — all from being outside too long. You might also get a rash on the affected skin, get a headache, or experience swelling.

Not only can sun poisoning leave you reaching for aloe every 30 minutes and ruining the rest of your vacation in the sun, but the exposure to UV rays can also cause eye damage and increase your chances of developing cataracts later in life.

Most seriously of all, one bad sunburn — and definitely sun poisoning — could be enough to mutate your DNA and be the basis of various kinds of cancer, including melanoma and types of carcinoma. You’re more likely to develop this with repeated sunburns over the course of your life, but one bad case can be enough to affect you. We hate to sound like your mother or your dermatologist, but in this case it’s worth it — appropriate sunscreen is really worth it. 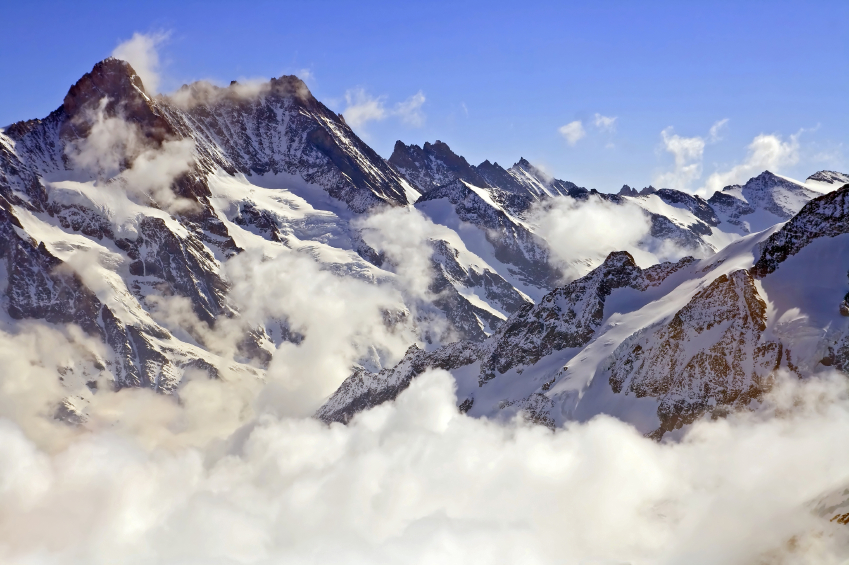 You can get sick from the elevation. | iStock.com

More commonly referred to as altitude sickness, you’re more likely to experience this if you normally live closer to sea level but travel to locations at elevations of 8,000 feet or above (think the Rocky Mountains, Lake Tahoe, or mountain ranges in Ecuador and Peru). People who are more susceptible to this can begin experiencing headaches and other minor symptoms simply by driving over a high mountain range, but it typically sets in with more severe issues when you’ve been in a high-elevation location for a day or so and you’re engaging in physical activities such as hiking, climbing, or skiing. It’s also fairly common, no matter your physical shape.

Though the mild symptoms will just make you feel similar to having a hangover, continuing to hike or exert yourself with these symptoms can become very serious, even fatal. You may start to feel dizzy, throw up, and faint. These are signs of more serious issues, because if left unattended altitude sickness can cause fluids to build up in your lungs and on your brain, which can ultimately be fatal if not treated immediately.

If you’ve just arrived at your destination and feel any of the milder symptoms, take it easy until your body adjusts to the lower amount of oxygen in the air. It’s why most travelers are advised to spend a few days in the Colorado area before ascending Pike’s Peak at 14,000 feet. And if you are in the middle of a hike and feel faint or dizzy, descend as quickly and as safely as possible. The U.S. National Library of Medicine suggests you should still see a doctor, but your symptoms will often decrease the lower you climb.

Protect yourself from mosquitos. | iStock.com

We’ve written before about why ticks should be a bigger concern to people outdoors in the spring and fall, with the increase of Lyme disease chief among them. Not only are more cases being reported, but the geographical boundaries where ticks often spread those diseases are expanding. Depending on the disease with which your tick is infected, you can experience aches and pains, a rash, or a fever. Though they’re sometimes difficult to diagnose, tick-borne illnesses can usually be treated with antibiotics.

In addition, the itchy, red bites you get from pesky mosquitoes can also be more than a nuisance. Though most bites will only end up with an irritated spot for a few days, mosquitoes can transmit diseases like eastern equine encephalitis and West Nile virus. If you’re in countries other than the United States, you could also contract malaria or yellow fever. Many people don’t have serious symptoms, but those with severe cases can experience convulsions, inflammation of the brain, and coma.

In both cases, using repellents and wearing ample clothing can help prevent tick or mosquito bites.

Often occurring when exposed to extreme cold without proper clothing or provisions, hypothermia can begin to set in when your body temperature drops to 95 degrees Fahrenheit or less. According to Consumer Reports, about 700 people die from hypothermia in the United States each year. When not addressed, hypothermia becomes the most dangerous because it slows down the rhythm of your heart. Milder symptoms can also include shivering, becoming confused or sleepy, and slurring your speech.

Though hypothermia is most often associated with frigid temperatures, it can also occur in climates above 40 degrees Fahrenheit if a person becomes chilled from rain, sweat, or submersion in cold water. The Centers for Disease Control and Prevention suggests seeking medical attention immediately, but warm beverages (though not alcohol) can help to raise body temperature. Also avoid immediate hot showers or baths, as this can induce shock.