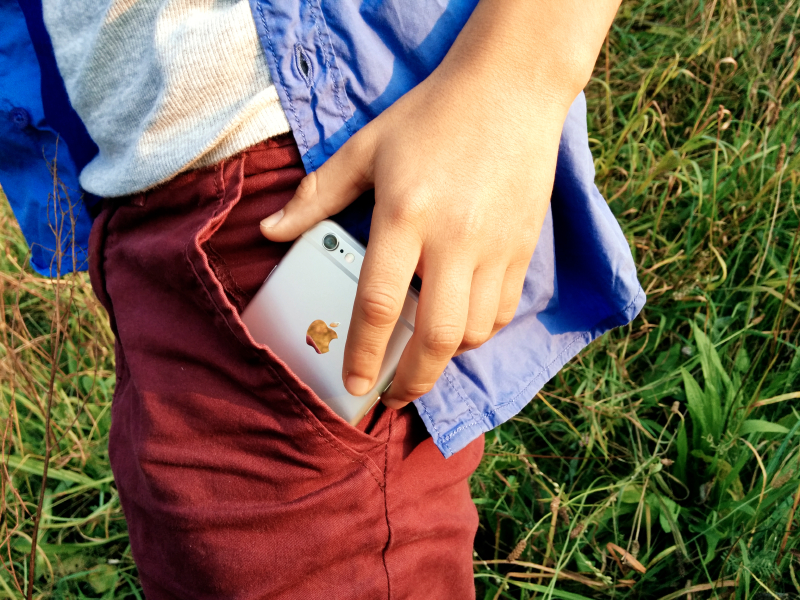 It’s probably happened to you a few times in the past month: You feel your phone vibrate against your leg in your jeans pocket and reach down to see who texted you, only to realize the phone isn’t in your pocket — it’s in your briefcase or sitting on the desk next to you. Or you think you hear your phone ringing, so you scramble to find it and realize no one called. You glance around, hoping no one saw you, and continue on with your day. It’s a classic case of phantom phone vibration (or ringing), and it happens to more people than you might think. It’s also an indicator of how much our brain gets rewired when we start using technology on a daily, or even minute-by-minute basis.

If you’re starting to believe your jeans are vibrating on their own, you’re not alone. A study published in 2012 found that among 290 undergraduates, 89% of them had experienced phantom phone vibrations. On average, they experienced them once every two weeks or so. The researchers deemed this “phantom vibration syndrome,” though in reality naming it makes it seem far more serious than it actually might be. Only one in 11 students in the study actually found them “bothersome,” reported Dr. Michelle Drouin, the leader of the study.

The sensation is reported among all ages, though is most prevalent among people who use technology (i.e. their smartphones) frequently. A separate survey of 176 medical staff found that 68% of respondents, regardless of occupation or age, experienced the phantom vibrations. It doesn’t always take too long before the phantom vibrations begin, either. Most respondents — about 60% — reported the vibrations between one month and one year of carrying the device. About 13% of respondents said the sensation happened at least once per day.

Good vibrations — or not?

So what’s going on that makes your brain trip up like that? There’s a common sense answer, and one that explains the science of it all. Our brains are designed to pick up cues from the world around us and help us make sense of the sounds, feelings, and smells we’re experiencing. In some cases, it goes into overdrive a little bit and tells us things are happening that really aren’t. There’s often an external cue for it but your brain simply misinterprets it, David Laramie, a clinical psychologist, told Wired. (Laramie knows a thing or two about phantom vibration syndrome: His doctoral thesis in 2007 was about people’s relationships to their phones, which was the first study that looked at phantom vibrations and ringing.)

That phenomenon is closest to another brain issue called pareidolia, Laramie said. “That’s the phenomenon where you see a face in the clouds or hear ‘Paul is dead’ when you listen to the Beatles backwards,” he explained. In other words, something is causing your brain to believe something is there when it’s really not. Here’s where the explanation gets a little more scientific, but bear with us. There are two different receptors in the skin that detect vibrations. Meissner’s corpuscles pick up slow vibrations, and Pacinian corpuscles take care of the higher-frequency vibrations. When your phone vibrates against your leg, Pacinian corpuscles will pick up more of the vibrations, but it does affect both, according to neuroscientist Sliman Bensmaia. 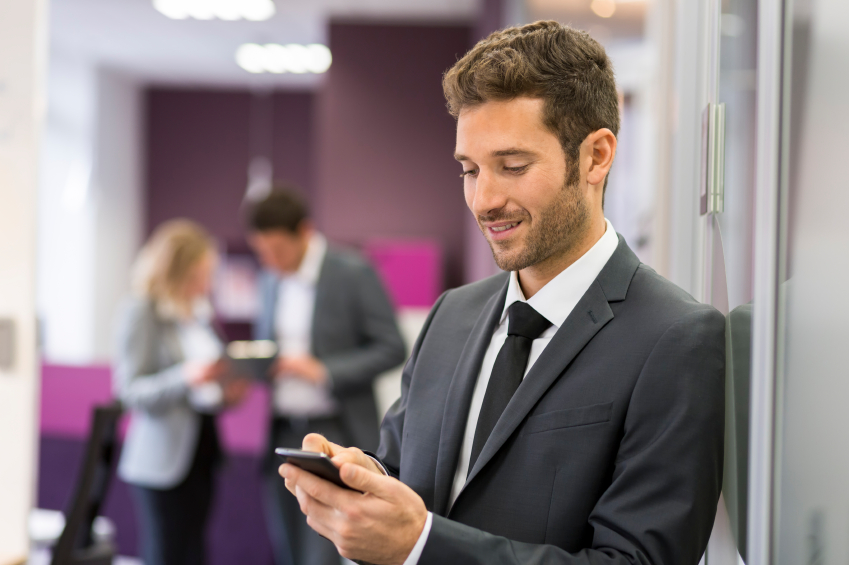 The science of phone vibrations

Most cellphones vibrate at frequencies between 130 and 180 hertz. When your brain gets used to the vibrating against your skin, it fills in the gaps, even when your phone isn’t in your pocket. “What happens, I think, is that because your clothes are rubbing against your skin, you cause activity in the same receptors, and that activity is just similar enough to the activity caused by a vibrating phone that it triggers the learned association and the perception of a vibrating phone,” Bensmaia said. (The general consensus is that this can happen more frequently when you’re wearing pants made of corduroy, Wired reports.)

What accounts for the phantom ringing, if it’s not rubbing against your ear? It’s likely a similar explanation in that your brain is trying to make patterns in its surroundings, and is picking up sounds that are similar to your ringtone. Instead of associating them with the source they actually belong to, your brain associates those tones with your ringtone. Laramie’s research was inspired when this happened to him, but stopped when he changed his ringtone to notes that he didn’t encounter elsewhere in his daily life.

Why some scientists are concerned

If this happens frequently to you and you’re not bothered by it, no problem. At least now you can tell your friends why it’s happening when they complain about the same thing. But scientists take an abundance of caution when it’s clear our brains are being rewired, as is the case with phantom vibrations or ringing. “One of the things I’m really adamant about in spite of being very pro-technology, is just weaning ourselves off of the technology for short periods,” Dr. Larry Rosen, a research psychologist, told NPR. “And by short periods, I mean, maybe just 30 minutes or an hour.”

Otherwise, Rosen said, the need to reach for our phones every time our leg itches or twitches can appear more and more like a compulsion. “We’re seeing a lot of what looks like compulsive behavior, obsessive behavior. People who are constantly picking up their phone look like they have an obsession. They don’t look much different from someone who’s constantly washing their hands. I’m not saying that it is an obsession, but I’m saying that it could turn into one, very easily,” Rosen says.

How to stop the vibrations

Rosen, in a separate article for Psychology Today, wrote that the sensation itself isn’t all that terrible, but what’s happening in the brain to cause that over-stimulation might be. Younger people, when separated from their phones, are known to become increasingly more anxious if they can’t check their Facebook or texts, Rosen explains. When our phones are in our pockets, those anxiety-related hormones might be misfiring and causing that sensation. “They are not good for us and will end up potentially keeping us so keyed up that we will not be able to focus or even rest,” Rosen wrote.

So if you are bothered by the vibrations, or you just want to prove your brain isn’t irreparably rewired because of your phone, start keeping your phone in another place for a while — your bag, coat pocket, or other area. Rosen suggests “unplugging” for 10 minutes every couple of hours, where you’re not around any type of technology. Another solution is to change your ringtone or keep your phone on silent instead of vibrate, Wired writes. Your brain will stop constantly monitoring for that vibration, and the phantom symptoms should disappear, too.