It seems like Kim Kardashian and Kanye West (or “Kimye,” if you prefer their popular combination moniker) have been together since the beginning of the time. They share three beautiful kids, a passion for entrepreneurship, and a relationship many speculate will last even the most controversial of times.

With their relationship reportedly on the rocks, memories — and forgotten photos — from Kim Kardashian’s marriages before Kanye are surfacing. These are the forgotten photos from all of Kim’s marriages, including the one you definitely forgot about (page 7).

When Kanye was sad he didn’t get to walk North Leave it to the Kardashian-West clan to show up together decked in Balenciaga, even down to the youngest (at the time it was their oldest kid, North West). While they made their entrance, a photographer caught Kanye looking down at his feet, and it made for a hilarious image as his wife and daughter strut ahead.

Next: Kim’s long-forgotten marriage resurfaced in this photo.

Wedding bells for the first marriage 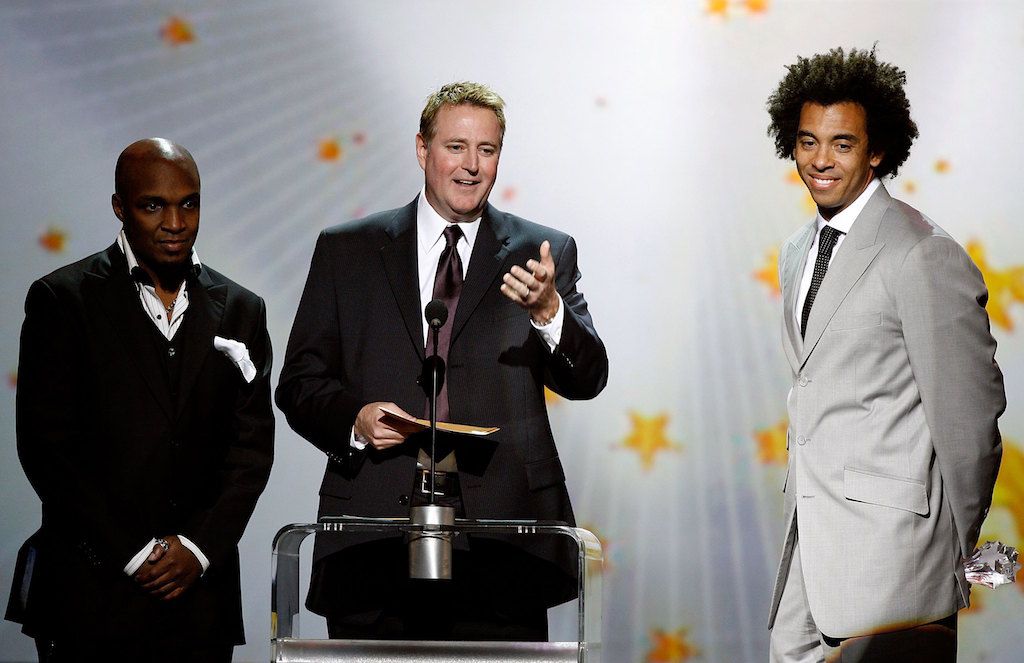 Before her leaked sex tape or Keeping Up With the Kardashians, Kim was the stylist and close friend of socialite Paris Hilton. She was also married to Damon Thomas, a songwriter, from 2000 to 2004. The two split in 2004 as a result of alleged verbal and physical abuse as well as Kim’s reported affair with Ray J.

Next: A couple who jams together doesn’t stay together, it seems. 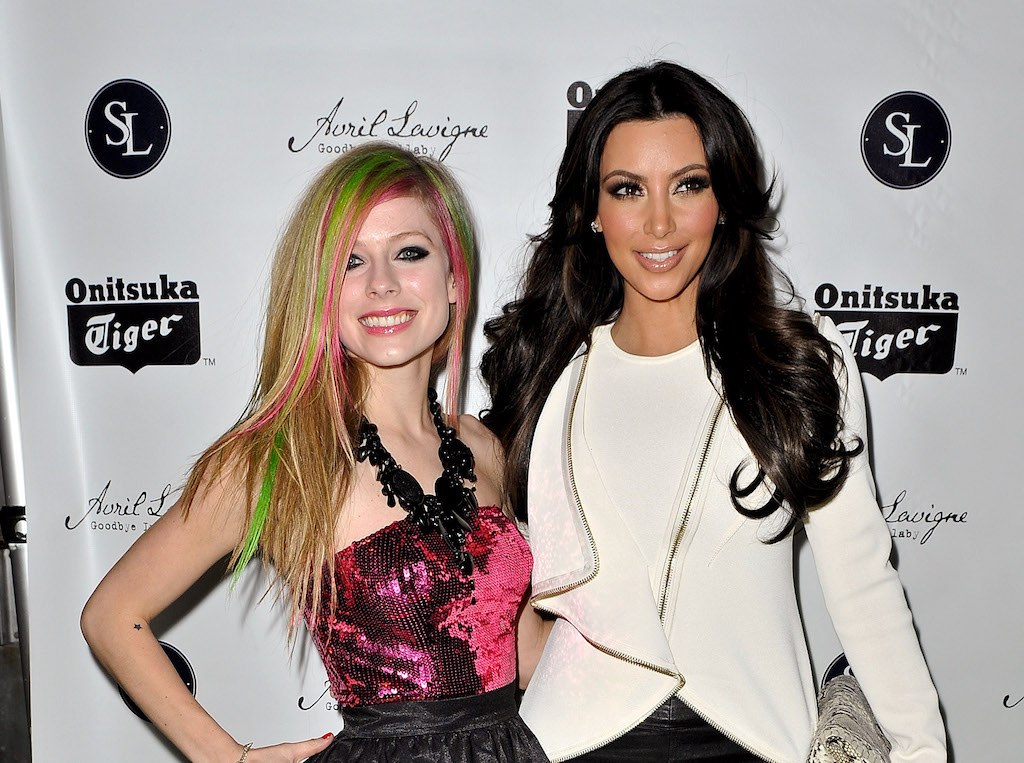 Kim and her husband-to-be Kris Humphries made an appearance at the release of Avril Lavigne’s fourth studio album, Goodbye Lullaby. Lavigne was dating Kim’s stepbrother Brody Jenner at the time of the New York City event.

Kim and Kris were first spotted together in October 2010 when Kim sat court-side at his New Jersey Net’s game. Despite his 14-year basketball career, Kris is best known as Kim’s second husband and for their short marriage.

Next: An overlooked photo of Kim and Kanye.

Marching for our Lives

Kim captured a heartwarming shot of Kanye and North in a crowd at the March 2018 D.C. rally for stricter gun control laws.

“I’m so happy I got to share this moment with these two,” Kim wrote on Twitter. “I hope North remembers this forever.” Both Kim and Kanye have spoken about gun violence in the past. Kanye called Americans “numb” to shootings, while Kim works with the Everytown for Gun Safety organization.

Next: His face indicates the future of their marriage.

The ‘this is only going to last 72 days’ face 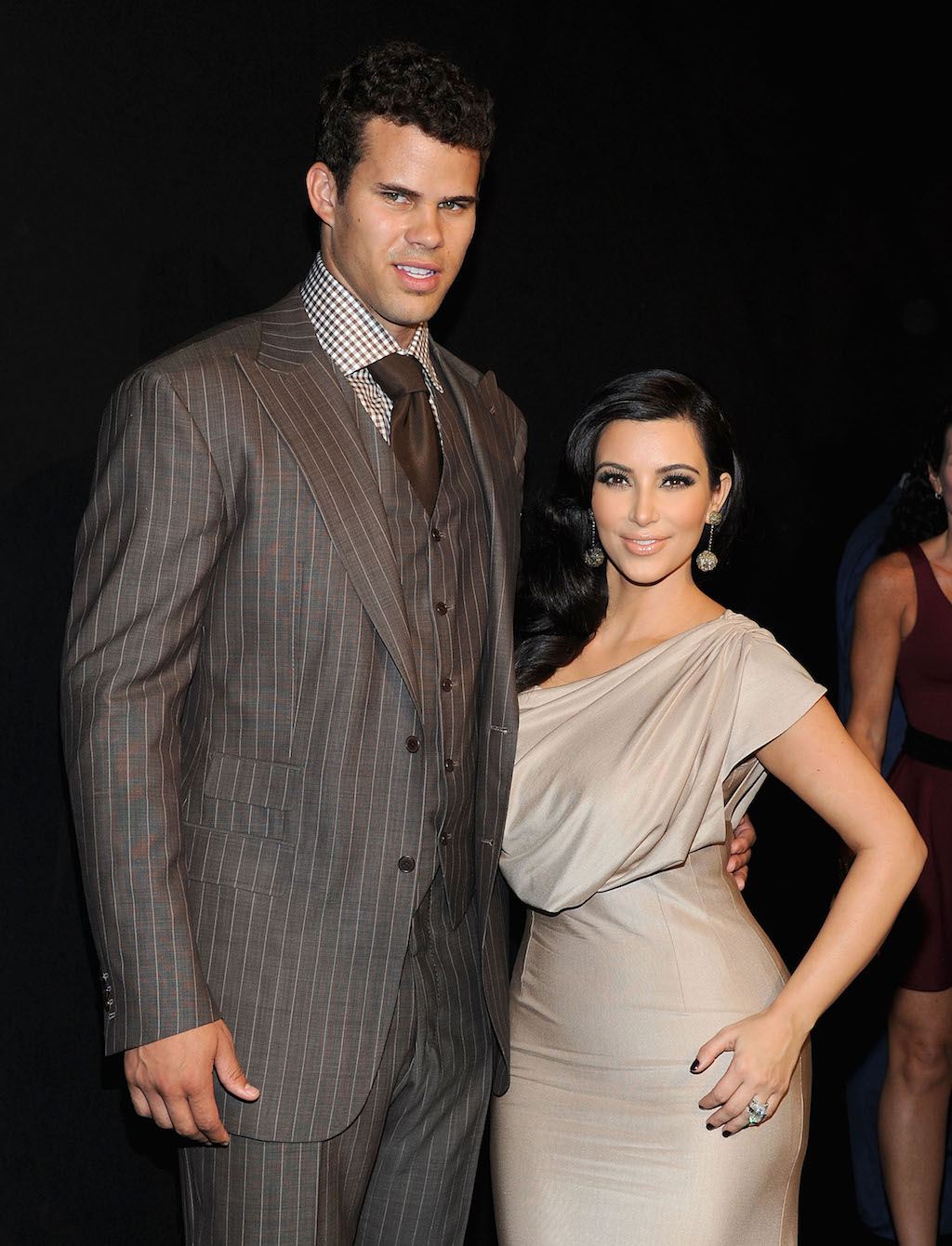 Much to their family and the public’s dismay, Kris and Kim were engaged by May of 2011, just seven months after meeting one another. Kim said she “didn’t expect this at all,” including the 20.5-carat, $2 million engagement ring Humphries proposed with.

In the picture above the couple attended A Night of Style & Glamour at Capitale in New York City a week after they wed. While Kim is smiling big, was caught with an unflattering half-smile, perhaps indicating the drama to come.

Next: Fingers crossed North and Saint were asleep!

‘I hope the kids are asleep’ 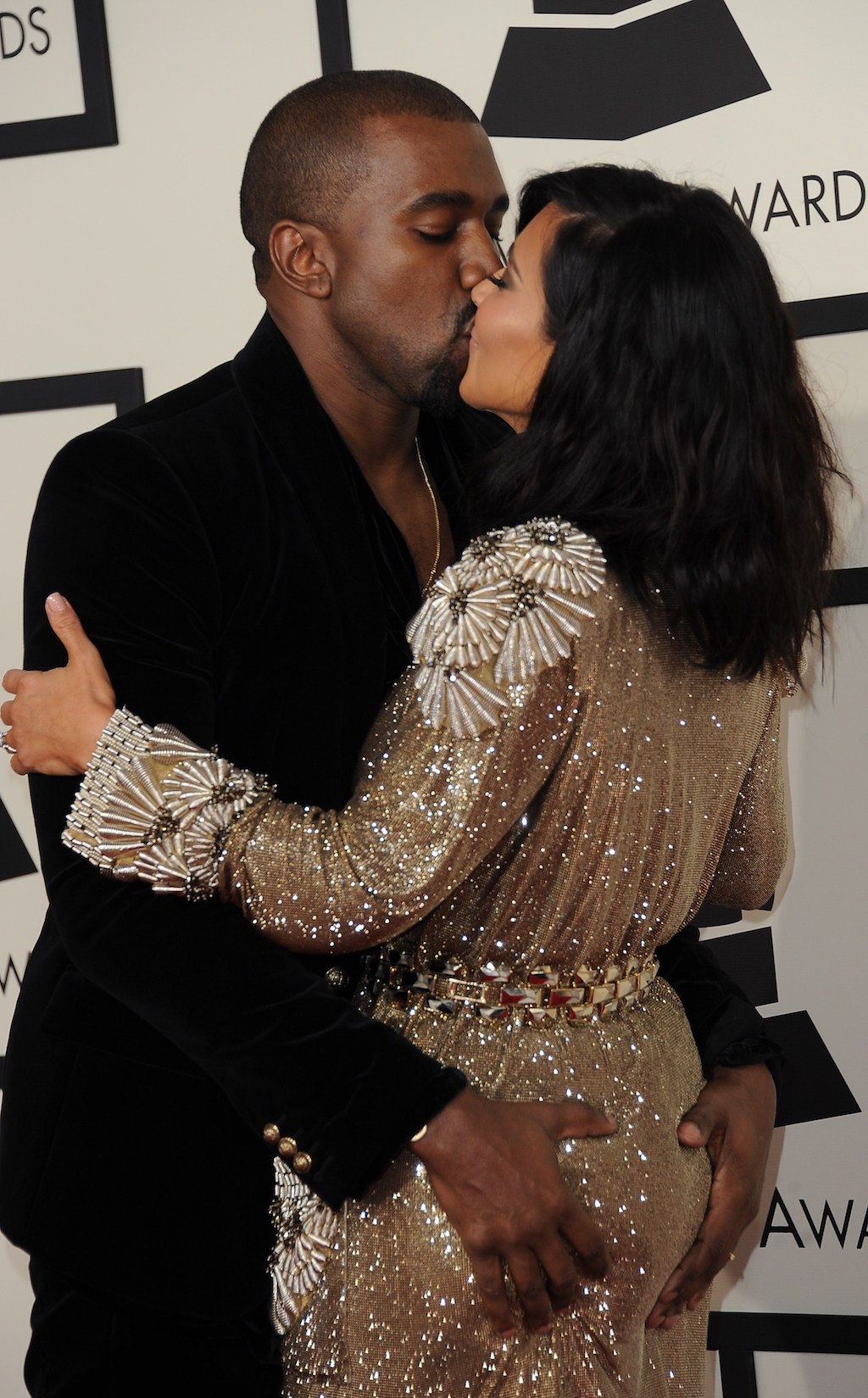 Kanye West and Kim Kardashian cause a scene at the 2015 Grammys. | Valerie Macon/AFP/Getty Images

Kanye isn’t shy when it comes to rapping about his wife, and the two stirred up significant media attention for their revealing Bound music video. The couple took their love (and hands) to the 57th annual Grammy Awards in 2015.

They shared a passionate kiss on the red carpet as a photographer caught Kanye’s hands in a compromising position. Hopefully, the kids weren’t watching!

Next: The Kim Kardashian wedding photo you probably forgot about. 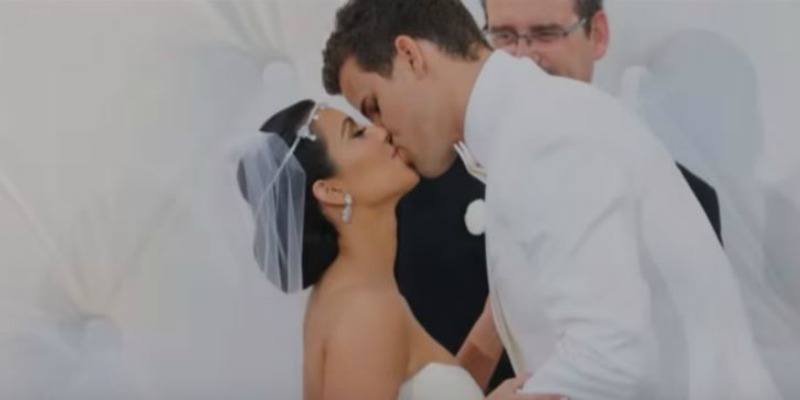 Their wedding was extremely expensive. | Keeping Up With the Kardashians/E!

It may go down in history as the most expensive, short-lived wedding of all time. Kim and Kris remained married for 72 days before calling it quits. “I had hoped this marriage was forever but sometimes things don’t work out as planned. We remain friends and wish each other the best,” Kim told MTV News at the time.

While their marriage didn’t last, we’ll always have this picture to remember Kim and Kris’s love and the wedding that reportedly cost $10 million.