Photos From Melania Trump’s Modeling Days That Everyone Forgot Existed

Melania Trump isn’t the first first lady to perfect her pose for the camera, but she is the first one who evolved from professional model to White House resident.

The Slovenian-born beauty once posed for GQ and Sport’s Illustrated — now she poses for press conferences and national portraits. Melania never thought she’d be the FLOTUS, and we never realized all of her old modeling pictures we’d forgotten about, including the one photo shoot many were surprised she did (page 5).

Melania was once part of a fun and care-free photoshoot with Redbook Magazine. | Redbook

Before she was Melania Trump, Melania Knauss was a Slovenian model working in New York City in hopes of her big break. She posed for magazines, including Redbook, a woman’s lifestyle magazine owned by the Hearst Corporation.

Next: She posed at one of the Trump properties. 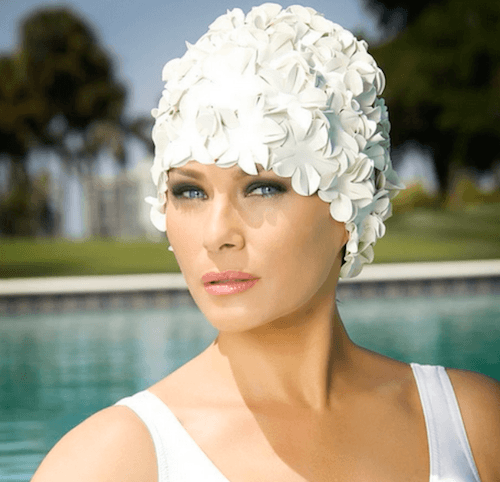 This photoshoot was dreamy. | Free Music Online via YouTube

Melania channeled her former career for a 2011 photo shoot at the Trump’s “winter White House,” Mar-a-Lago, in Palm Beach. She posed in the luxurious pool wearing an antiquated all-white swimming cap, Chanel swimwear, and even floating on a blow-up swan.

Mar-a-Lago has become a frequent get-away for the Trumps, specifically Donald. He’s taken upwards of 17 visits to the club since he assumed office.

Next: It was an honor as a model to make this magazine

3. Posing at a Sports Illustrated party Melania modeled for the Sports Illustrated Swimsuit issue in a series of beach shots in 2000 and scored an invitation to the issue’s release party. The swimsuit edition is Sports Illustrated’s best-selling issue each year.

In the photo above, Melania posed in front of the cover photo for the 2000 issue. While she’d attended in previous years — Donald Trump frequented the event — Melania was celebrated as a model in the issue.

Next: She was seated with the industry’s elite for fashion shows

Melania was a frequent face during New York Fashion Week in 2005. The close-up above shows a smoldering Melania at the Vera Wang show where she sat front row.

Next: Many questioned how Melania obtained her visa after this photoshoot Melania and Donald, her boyfriend at the time, joined magician David Copperfield to celebrate his 45th birthday at the GQ lounge in New York City. Two years before, Melania had posed for GQ magazine wearing handcuffs on Donald’s Boeing 727 wearing nothing but diamond bracelets.

Melania’s White House biography calls this photo shoot, among others, one of the first lady’s “greatest achievements.”

Next: She used to grace magazine covers in couture

The gown was elegant and expensive. | AdamantxYves via Twitter

While Melania has avoided magazine covers since taking on her role as the first lady, she used to grace the covers of prestigious publications like Vogue.

In 2005, Vogue made Melania Knauss — and her forthcoming wedding to real estate mogul Donald Trump — its cover story alongside a photograph of the model. She wore her Christian Dior commissioned couture gown on the cover.

Next: Back in the day when the Trumps were known for real estate and reality TV…

Melania and Donald frequented fashion shows back in the days of Trump Tower and The Apprentice. Donald and his then-girlfriend were photographed leaving the Oscar de la Renta Fall/Winter Collection show in 2003, just a year before The Apprentice premiered.

Sure, she still spends tons on her clothing. But Melania was looking like a true model in an all-white ensemble with a patterned fur coat overtop.