Photos of Ivanka Trump’s Modeling Days That Everyone Forgot Existed

Long before she was appointed as Advisor to the President, Ivanka Trump was signed to the celebrity division of Elite modeling agency. The eldest Trump daughter is 5-foot-1o with the slender frame that graces the catwalk frequently.

While she spent much of her adolescence avoiding the camera and questions of her parents’ messy divorce, Ivanka made waves in the fashion industry when she signed with Elite. These are her frequently forgotten big career moves, as well as insider information on what experts in the industry really thought of her as a model (page 7), and which celeb dissed her (page 8).

Walking for Jill Stuart in 1997

The young model was very ambitious. | Inside Edition via YouTube

Ivanka appeared in seven shows in 1997. They weren’t 90s large name brands like Calvin Klein and Ralph Lauren, however. She walked for “trendier” designers like Pixie Yates, Betsey Johnson, and Jill Stuart according to a 1998 profile.

Next: Ivanka walked a few shows in her hometown.

Walking for Vivienne Westwood in 1999

She walked the runway for several famous designers. | Timothy A. Clary/AFP/Getty Images

She was frequently mentioned in reference to her parents’ accomplishments and failures by designers and the media alike, which made it tough for Ivanka to distance herself from her family, especially at such a young age.

The 1999 coverage of Westwood’s Fall/Winter collection noted that the show took place at Bryant Park and featured the “daughter of Donald Trump.”

Next: Ivanka later revealed the drama behind this campaign.

She appeared in huge campaigns with other child stars. | Stars of the World via YouTube

Ivanka participated in a 1996 Tommy Hilfiger ad for Tommy Jeans. She modeled alongside other celebrity kids including Kidada Jones and Kimberly Stewart. Ivanka was 14 at the time.

Nearly a decade later Ivanka reflected on participating in the Tommy Hilfiger campaign. She said that “models were the meanest, cattiest, b****iest girls on the planet … entitled, unsupervised, undereducated, pampered teenagers whose every success came as the direct result of someone else’s disappointment.”

She even landed on the covers of popular teen magazines. | Inside Edition via YouTube

Ivanka Trump has graced the covers of multiple well-known magazines, including Harper’s Bazaar, Good Housekeeping, and Town & Country. She was 16 years old when she shot her first cover for Seventeen magazine in 1997.

The cover features Ivanka in a sheer floral tank top and camisole smoldering at the camera. The issue features an article about celebrity mother and daughter pairs.

Next: Ivanka posed with this designer years before he was ousted.

Walking for Marc Bouwer in 1998 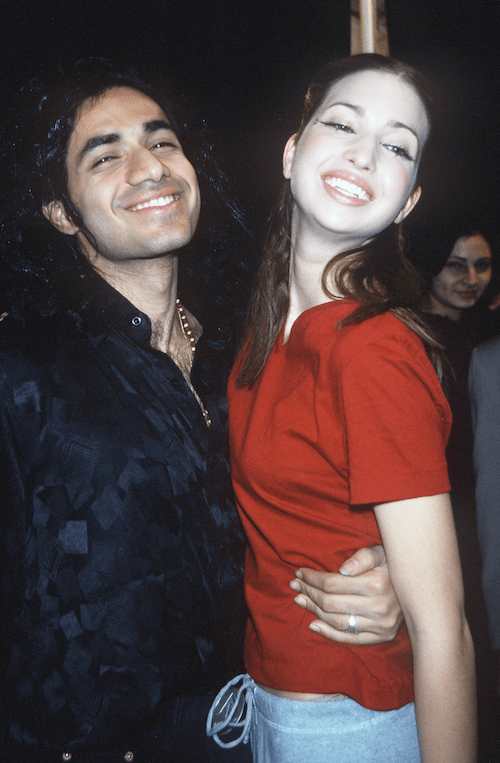 She became well connected in the fashion industry. | Pool/Getty Images

Ivanka Trump walked for a few designers in New York for the 1999 fall shows. She also grew close to many of the designers as she established herself in the fashion world. Among them and pictured above was Indian American designer Anand Jon.

Jon, who is currently facing 59 years in prison on multiple accounts of rape, was planning the debut of a new jeans line and VH1 reality show before his sentencing.

Next: This was one of Ivanka’s last runway shows.

Walking for Johnnie Walker in 2007

She loved fashion but wasn’t sure if modeling was for her. | Peter Kramer/Getty Images

The same year Ivanka spoke with Marie Claire about her waning interest in the fashion world (page 9) she walked in Johnnie Walker’s Dressed to Kilt show at St John Divine Cathedral in New York.

Ivanka wore a yellow and black kilt coat over a black turtleneck with black knee-high boots a la Cher Horowitz. The designer invited an exclusive audience of U.S. and Scottish “movers and shakers,” according to BBC News.

Next: How designers and fashion executives viewed Ivanka

She was critiqued for her skill and her surname 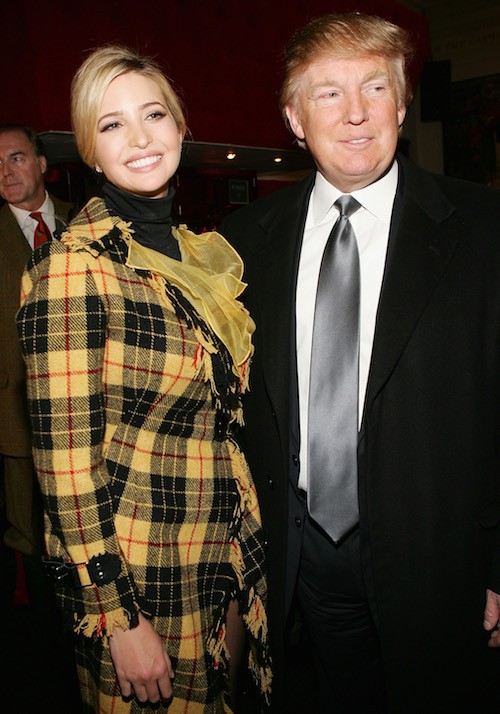 Did she get coveted model work because of her father? | Evan Agostini/Getty Images

“If it wasn’t for her dad, she would be at best a B-model trying really hard to get work in Miami,” an editor of a major fashion magazine told Spin. Many modeling agency executives questioned if Ivanka would have walked on catwalks or posed for magazine covers if it wasn’t for her family.

Michael Flutie, the owner of Company Management, was more focused on her skill than her surname. ”If she walked into my agency, I would not sign her as a model. I like girls to be exceptionally editorial, which is more of an ability than a look. I don’t think she has that edge.”

Next: This celeb wasn’t a fan

A diss from a famous face

According to Audrey Roatta, who for Trump’s agency, Ivanka, “…never stood a chance to have a normal modeling career because her name was associated with her dad.” Roatta reported that once, while a then-teenage Ivanka was attending a movie premiere, Jennifer Lopez caught sight of her. J. Lo then remarked, “She’s only here because of her dad.” It seems like the world of celebrities wasn’t easy on young Ivanka for living in the limelight.

Next: The truth about what Ivanka thought of the modeling industry

Ivanka wasn’t too fond of the industry, either

She’s so over the modeling industry. | Sean Gallup/Getty Images

Ivanka didn’t have many good things to say about the modeling industry. During a 1997 interview with The New York Times, she noted how modeling differed from many other aspects of her life. “… it’s not family oriented. People like me for me, not for who my parents are. It is about outer beauty.”

Looking back on her career in 2007, she told Marie Claire how she didn’t love the profession. “Modeling was not an endgame for me,” she said. “I didn’t particularly enjoy the act of it. It’s as ruthless an industry as real estate – the people you meet in that business are just as fricking tough.”