Jared Kushner and Ivanka Trump are just as popular with the media as President Donald Trump these days. Jared is senior adviser to the president, while Ivanka is special adviser. And the power couple has been married and going strong since 2009.

Ivanka once tweeted “Everything is simply perfect!” with her and her man — though we can’t help but speculate otherwise. And though they’re seemingly going strong as a couple, these photos make their relationship look as sterile as can be.

1. Ivanka is often seen walking ahead of her husband in photos

In this photo on a Jared Kushner Instagram fan page, we see Jared and Ivanka walking in business attire with smiles on their faces. Despite their happy looks, they’re walking several feet away from each other, with Ivanka ahead. This is quite common for Ivanka, as experts believe she is the dominant one in the relationship, with Jared a much quieter presence. And in photos, their body language reads as quite stiff when they’re with each other.

We suppose this is also in line with how they first met, which was during a networking lunch, Business Insider reports.

Next: This photo shows them looking more like business partners than husband and wife.

2. They attend business together — with hands firmly clasped 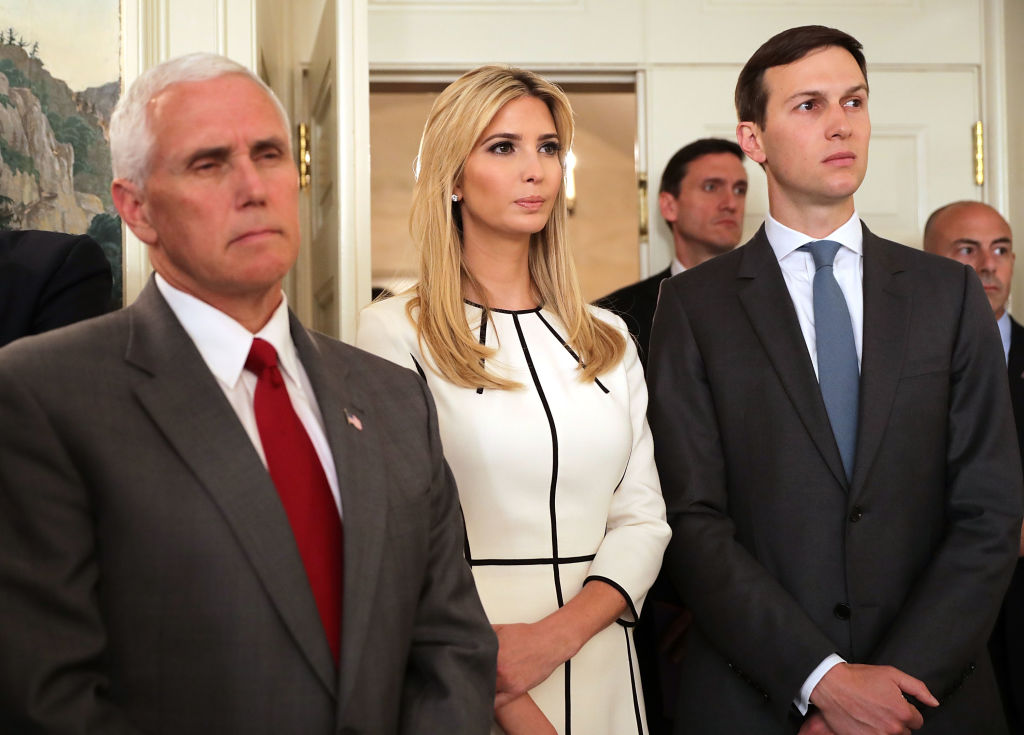 Jared and Ivanka are by each other’s sides constantly. But that doesn’t mean they always look like husband and wife. Here, the fan page of Jared’s posted this photo of them on Instagram. They’re shown attending the State of the Union address — though they’re not touching at all or even brushing shoulders.

Perhaps they just view each other as best friends more than as genuine lovers. As Ivanka once told New York Magazine, she “looks up” to Jared as a “bit of a hero” of hers.

Next: When they’re together with their kids, something isn’t quite right.

3. Ivanka and Jared don’t look too engaged in each other when they’re with their kids 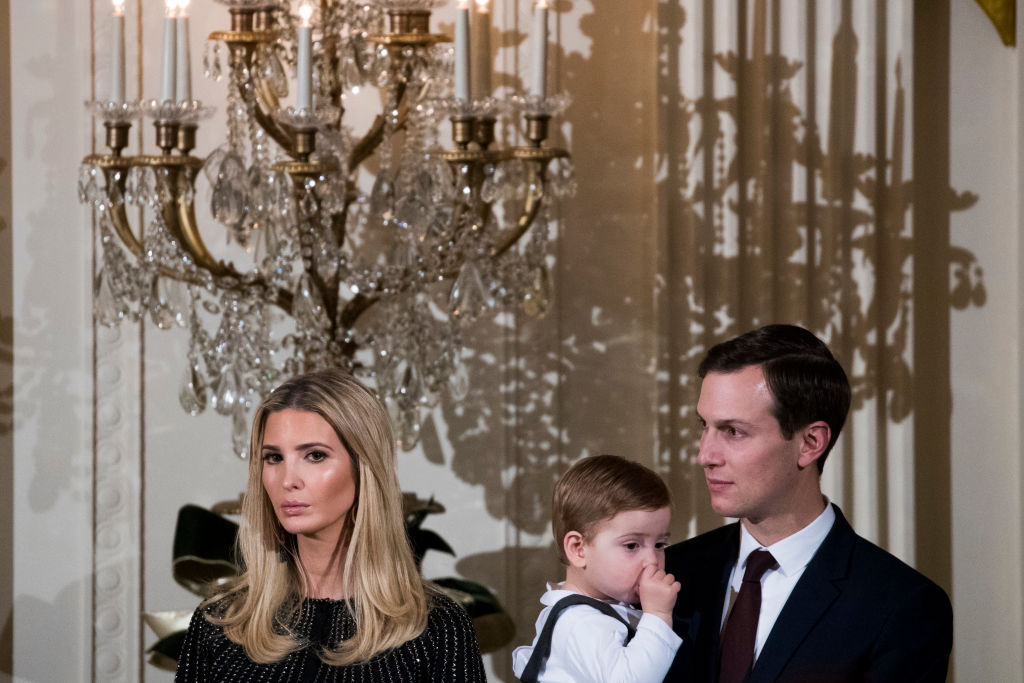 They might be too focused on work. | Drew Angerer/Getty Images

We’re sure three kids is quite a lot to handle, but perhaps their busy lives have caused them to forget romance altogether. Here on the Instagram fan page, Jared is tending to one of their kids, while Ivanka is behind him, looking solemn. As Ivanka once told Today, her idea of a nice evening is working side by side with Jared on their laptops.

Next: The couple can’t look any less romantic than in this photo.

Why do they need to be so serious all the time? | Michael Reynolds-Pool/Getty Images

We know it would be odd for the couple to hold hands in a meeting scenario, especially when they’re on official business. But even so, they’re looking extremely stiff and far from each other in this photo — and it makes us question the romance in their partnership.

According to Page Six, Ivanka and Jared have a bit of a history of not looking very romantically linked. Even on their wedding day, the publication notes Ivanka kept trying to take Jared’s hand.

Next: Ivanka looks oblivious that Jared is nowhere near her in this photo. 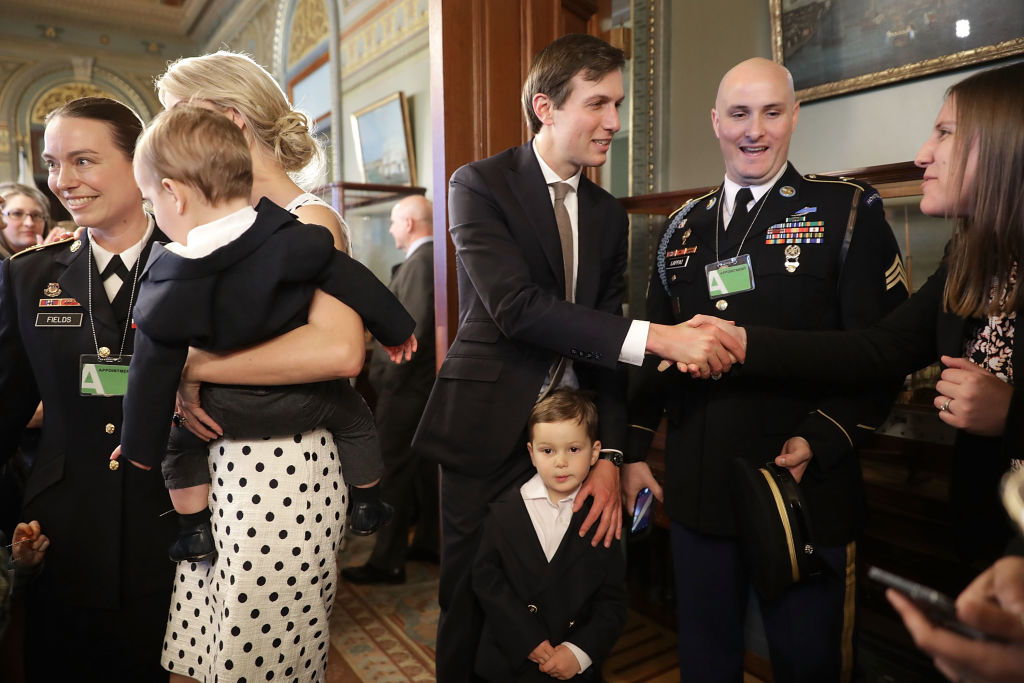 On the Instagram fan page, this photo shows Jared holding the door open for someone with a stroller. That’s all fine and well — but we’re wondering what’s going on with Ivanka. She continues to walk on as Jared waits and helps, which seems odd.

This photo really speaks to how independent Ivanka really is from her husband. As Jared once told Vogue, “I would say Ivanka is definitely the CEO of our household.”

Next: They’re holding hands in this photo, but their body language is still strange.

6. Even when touching, they don’t look like they’re in love

Here, the famous couple are at least holding hands. But their odd handshake-like handhold and facial expressions show they’re not at all paying attention to each other. We have to give them credit for paying a visit to the Yad Vashem Holocaust Museum where the president made a speech commemorating those who died. But even so, we’re puzzled by their body language.

This photo reminds us of the time Ivanka told Vogue that Jared’s idea of a date night typically involves her “looking at a development site.” How romantic.

Next: Could this by why Ivanka is cold?

Perhaps she picked up a thing or two from her dad. | Gali Tibbon/AFP/Getty Images

Also captured at the Yad Vashem Holocaust Museum, here you can see Ivanka and Jared right next to Donald and Melania — and at first glance, it’s difficult to tell them all apart. No one’s holding hands or looking too comfortable, even when next to the loves of their lives.

Experts have mentioned that Melania has a “distant pained look” when with her husband — so could the same be true for Ivanka? Fortunately, Bustle reports Ivanka and Jared may just take on a more stoic appearance in the public eye to keep things professional. Otherwise, many believe they are very much in love, especially when they’re captured in candid moments together. Perhaps they’re doing just fine after all.