Tyra Banks has always been outspoken about positive body image and battled her share of body shamers in the past.

The 44-year-old model told People,“I used to feel like my body was not mine. I’ve been too thin or too big. And I used to feel like I was betraying people if I lost weight.” Since 2007 Banks has struggled with her weight. But recently, she’s made a change. This is what led her to getting healthy once and for all. No. 7 will make anyone trying to lose weight smile.

Weight began to creep up a few years ago

This memorable moment reminds us that she loves her curvy body. | Pukeandcry via YouTube

An image surfaced in 2007 of Banks in a swimsuit where she’s clearly gained weight. She became the target of body shaming attacks to which she said, “Kiss my fat a**!” on the Tyra Banks Show, People reports.

Next: She shot down the critics but then…

Banks gained more weight after her son was born

She faced some criticism for gaining weight. | Matt Winkelmeyer/Getty Images

After her son was born via surrogate, Banks started eating more. Radar Online slammed the former supermodel for the weight gain, “Granted the formerly trim Sports Illustrated swimsuit cover girl has a new baby, but isn’t the surrogate mother who should be carrying the extra weight?” Ouch.

Next: Banks’ gained weight out of love.

Banks wanted to be ‘bigger’ for her son 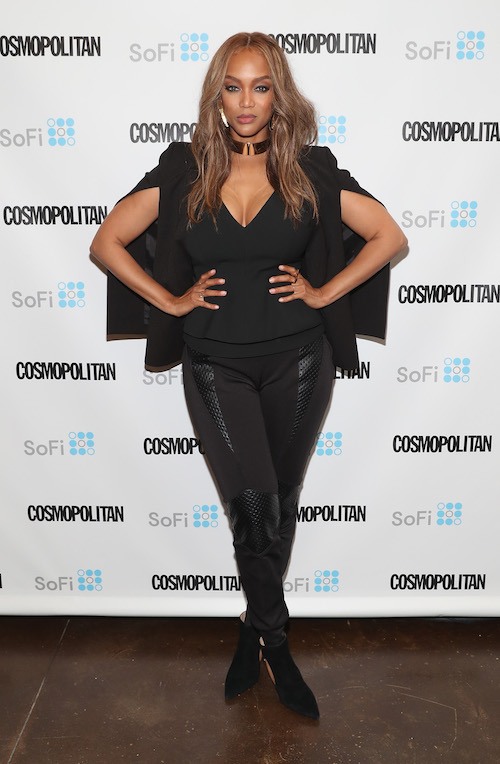 Her body changed soon after her son was born. | Cindy Ord/Getty Images for Cosmopolitan

Like most new moms, Banks’ body went through a physical transformation even though she had a surrogate. “When he was first born, maybe because it was through surrogacy, I wanted to be bigger for him,” she said to People. “I felt that was love in a way. I wanted him to feel that cush and that nurture.”

Next: But then this happened and everything changed.

An ankle injury was her ah ha moment 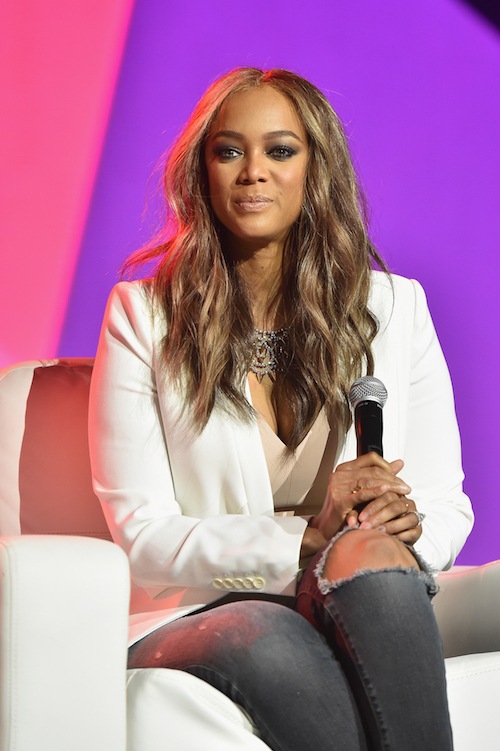 She wanted to become a healthier version of herself. | Paras Griffin/Getty Images for 2016 Essence Festival

While still in baby bliss, Banks suffered an ankle injury. A visit to her doctor prompted a discussion about her weight. Banks’ doctor suggested she lose weight in order to allow the injury to properly heal.

Next: She did this to drop the pounds.

She hired a nutritionist

Tyra was enjoying her full figure, but wanted to make sure she was eating healthy. | Christopher Polk/Getty Images

Hiring a nutritionist helped Banks drop 30 pounds, People reports. A nutritionist can devise a food program that meets the client’s specific needs, plus delves into other aspects such as emotional issues tied to food, according to Health.

Next: This is how she feels today.

Banks feels better than ever

Banks reports she feels physically better after losing the weight. “I feel physically good,” she said to People. “And having a son later in life, I want to still be able to hold him and run around and chase him and not get spasms!”

Next: But she doesn’t place too many restrictions on her diet.

She’s lost weight but won’t give up this cheat

She lives a health lifestyle but enjoys the occasional cheat day. | Tyra Banks via Instagram

Cheat snacks or meals can be one of the best ways to sustainable weight loss, according to Women’s Health. This must be good news for Banks as she admits, “I’m all about moderation, but you have to indulge,” she said to People. “My mom and I together are very dangerous. We love ice cream!”