Plastic Surgery Horror Stories That Will Leave You Stunned

The average, everyday person has one thing in common with even the most famous Hollywood stars: the potential for a botched plastic surgery. No matter how much money celebrities have paid to keep looking young, many have fallen victim to plastic surgery gone wrong.

Even still, it hasn’t deterred those who aren’t famous and wealthy from going under the knife. These real people and celebrities alike were only trying to enhance their looks, but the results were far from perfect. From nose surgeries to breast implants to facelifts, here are seven plastic surgery horror stories that will leave you stunned.

When a woman decided to get an eyelid lift, she had no idea of the nightmares that would follow. According to Good Housekeeping, Dawn, a mother from Newcastle, England, had just received a successful gastric bypass surgery. After losing 56 pounds, it left her unsatisfied with the looks of her eyelids. “I lost so much volume from my face, but it was my upper eyelids that were really bothering me,” Dawn admitted to ITV’s This Morning.

She agreed to her surgeon’s recommendation that he alter her upper and lower eyelids, but as soon as she woke up, she didn’t feel right at all. Dawn recalled, “My eyes were constantly streaming, but I was repeatedly told, ‘You’re fine.’ But I wasn’t fine. Tears were pouring down my face when I was trying to go to sleep.”

Horror set in when Dawn’s son noticed something disturbing when she was taking a nap — she was sleeping with her eyes wide open. The surgery apparently prevented her from closing her eyes while asleep, for which she understandably tried to sue the surgeon. However, the surgeon escaped the lawsuit by claiming “bankruptcy while also denying negligence.”

2. She passed out when she saw her nose mid-surgery

Dr. Paul Nassif has gained fame as the host and plastic surgeon of the TV show, Botched. He fixes “extreme plastic surgeries gone wrong,” and one of his recollections of a rhinoplasty was particularly horrifying:

There’s a patient who had five rhinoplasties [nose surgeries] and the doctor kept her awake while he did her surgery. He did it in the office, not in the surgery center. He left her alone for 30 minutes, with her nose cut open in the chair, while he went into the next to see other patients. She got up to go to the bathroom and when she saw her face in the mirror she fainted. It wasn’t in sterile conditions and her nose was destroyed.

The experience did not scare her away from future procedures. | Farrah Abraham via Twitter

Teen Mom star Farrah Abraham is grateful for her life after her horrible lip injection experience. Her top lip reportedly tripled in size in January 2015 when she had an allergic reaction. Abraham spilled on The Doctors, “As soon as he touched my lip with whatever numbing product he put in there, my lip was having an allergic reaction right away.”

She continued, “I was laying down flat, but I was seeing more of my lip come up and come up. I’m just super happy that I’m alive.”

You might know Tawny Kitaen from the ‘80s, during which time she starred in Whitesnake’s “Here I Go Again” music video. Or you could recognize her from an episode of Botched, where she addressed her breast implant surgery gone wrong. Her surgeon decided to go with a larger implant size after she had already been put under. They were far too large for her liking, so the doctor agreed to replace her implants with the smaller ones she originally asked for.

“Within six months, the implants started slipping through the mesh,” Kitaen said. “And now the implants are down to the bottom of my rib cage.” If the doctor had only listened to her the first time, this horrifying mistake could have never happened. Now, Kitaen is hoping to simply bring her body back to normal with correction surgery.

5. Her modeling days are over

No matter how beautiful, models are often told to get plastic surgery to enhance their looks. That’s what happened to Kelli Johnson at the age of 16. She’d been modeling since she was 10, so when a photographer told her she’d never make it without a nose job, she took his advice.

After dealing with her botched surgery for a year, the doctor went in to fix it for free. While the surgery straightened her nose immediately, it shifted to the left and ended up lopsided days later. Johnson sadly claimed, “I gave up my modeling dreams.”

The signs are easy to spot. | Dave Kotinsky/Getty Images

Mickey Rourke was one of the hottest actors of the ‘80s. In an attempt to retain his charming good looks, he sadly sent his appearance into the opposite direction. Plastic surgeon Dr. Youn identified a an upper eyelid lift, hair transplants, and a badly done facelift. How can he tell?

His lack of sideburns are a red light, according to Dr. Youn. He also noted, “The unnatural curve between his ear and cheek and his now-attached earlobe are also telltale signs of a facelift.” 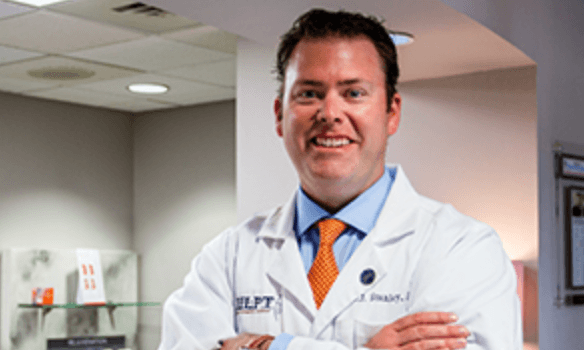 As one of the most highly sought-after plastic surgeons, Gerard J. Stanley Jr. was named “one of the best cosmetic surgeons in the city” by Omaha Magazine in early 2017. Later the same year, it came out that 15 women were suing him due to his lack qualification, despite labeling himself as “board certified.”

According to The Daily Beast, Stanley hasn’t actually completed his training for required board certifications. Because of this, his 15 accusers are claiming “he incorrectly performed cosmetic surgeries and procedures that left them excessively scarred, disfigured, and in pain.”

One of his patients in particular, Trish Riddle, received a breast augmentation and breast lift. For her surgery, he performed liposuction to remove stomach fat, and to enhance the appearance of her breasts. The Daily Beast reported, “The surgery, she claims, left her stomach ‘saggy and gross’ and she said the breast lift didn’t work and caused painful lumps and dying tissue in her breasts.”

Stanley has since closed his surgery center, but these 15 women are now faced with his incompetence for a lifetime.