If you’re the type of guy who’s still scratching his head while standing in front of the weight rack at the gym — you know, the type who does well with a blueprint to follow — then you may want to consider building yourself a pyramid training plan that’ll progress you toward your goals; be that strength or muscle mass.

Pyramid training involves a range of sets, reps, and loads (the building blocks) that when strategically pieced together can produce varying results from endurance to strength to muscle mass.

Two of the most popular pyramid blueprints are ascending and descending. With each, you can efficiently and effectively track your progress.

Those who opt for an ascending pyramid training plan are typically guys who are looking to increase their overall strength. Now when we talk about strength, we’re talking about the ability of the neuromuscular system to produce internal tension to overcome an external load. To make that happen, we’ve got to play with the intensity of the training plan, as you want to increase the number of motor units being recruited when activating type 2 muscle fibers specifically.

Strength requires muscles, tendons, and ligaments to be prepared to push or pull a certain load (weight).

The blueprint for an ascending pyramid training plan is as follows, beginning with a high rep range and low loads building up to heavier loads and a low rep range, within a five set window.

As you can see, this is a high volume style of training which when you think about it has a number of benefits.  For instance, that first set right there can be considered a warm up set. As in the super low load, not only prepares associated tendons and ligaments for the load they’re about to lift, but also activates the target muscle for upcoming isolated firing action; in turn reducing risk of injury as you progress through the pyramid.

Keep in mind, you want to be sure you have the load (weight range) correct for each set, because failure is not an option, meaning you don’t want to take any of your sets to failure except for your last one. You want to avoid fatiguing them too soon, this way you have enough energy to endure the workout.

When training at least three days a week, initial results appear during the four to eight week period, however it takes up to 24 weeks to see optimal results.

Those who opt for an ascending pyramid training plan are typically guys who are looking to increase their overall muscle mass. Muscle mass, also known as hypertrophy, is the enlargement of muscle fibers in response to overcoming force from high volumes of tension. In other words, the heavier the better.

The blueprint for a descending pyramid training plan is as follows, beginning with a low rep range and high loads working down to lower loads and a higher rep range, within a five set window.

With a descending plan, what you’re pretty much looking to do is overload the muscle fibers with the load, going at your heaviest when you’re at your strongest and most energized. Working in this manner, you’re likely going to bring each set to failure.

Just because you’re expected to go into the first set at your strongest doesn’t mean you skip the warm up; your muscles, tendons, and ligaments still need to be prepped for what they’re about to take on.

When training at least three days a week, initial results appear during the four to eight week period, however it takes up to 24 weeks to see optimal results. 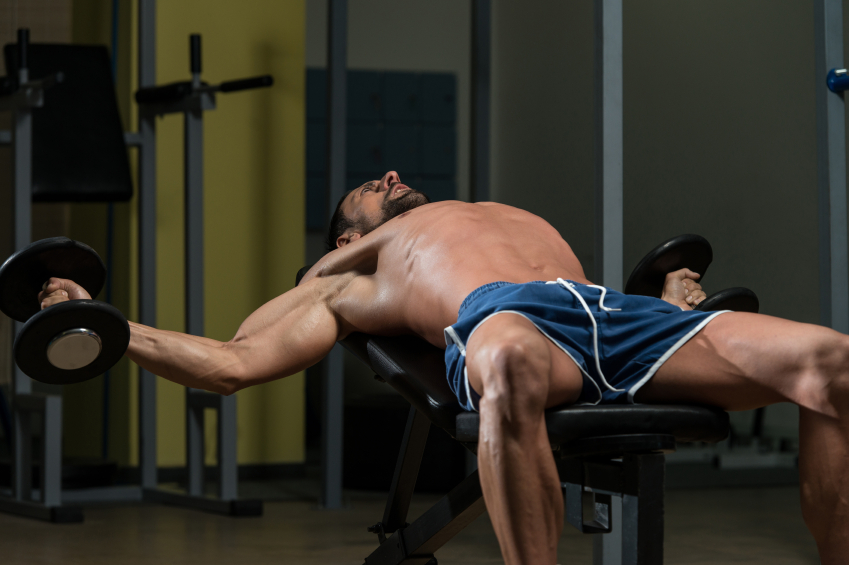 For upper body, you’ll want to try pyramid training with the following exercises:

For lower body, you’ll want to try pyramid training with the following exercises:

Ellen Thompson is a National Academy of Sports Medicine certified personal trainer at Blink Fitness in New York City, where she serves as Head Trainer at the Penn Plaza location. Ellen’s approach to training is that “anything is possible.” Endurance, strength, and stability/agility training are at the core of her fitness programming. She holds a master’s degree in New Media Publishing and Magazine Editing from the Medill School of Journalism at Northwestern University.