Donald Trump has managed to irritate Scotland yet again, as this time it’s over a soft drink. His luxury golf resort, Trump Turnberry in Ayrshire, banned Scotland’s most popular drink: Irn-Bru, CNN reports. But why ban a beloved drink, especially as Trump’s popularity is far dimmer than Irn-Bru’s in Scotland?

Read on to learn the details of the Irn-Bru ban — and the surprisingly legitimate reasoning behind it (page 5). 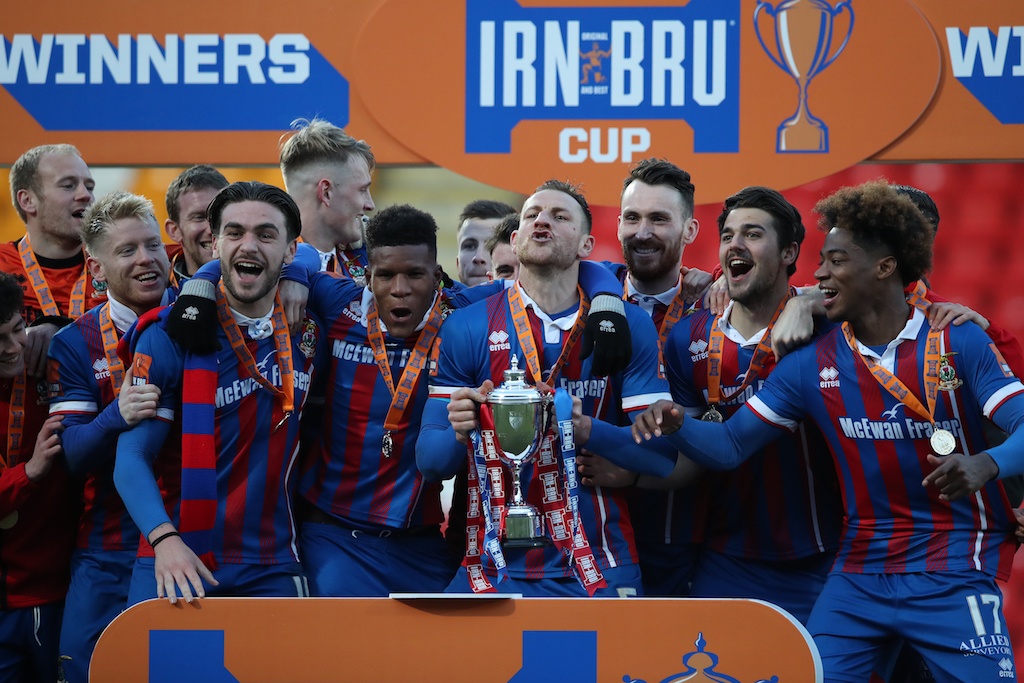 Irn-Bru is considered Scotland’s national drink and more popular than Coca-Cola, CNN reports. Approximately 20 cans of the bright orange, nonalcoholic drink are sold every second in Scotland. And it has been a staple since 1901, according to Scotsman Food and Drink.

Next: Here’s what the Scots have to say.

2. The Scots are very offended The Scots are angry about the decision. | Pádrig Belton via Twitter

Scots are so offended by the ban, one Twitter user said banning Irn-Bru meant Trump was ”declaring war on Scotland,” the Mirror reports. Another user tweeted: “‘How can I be even less popular in the country my mother was born in?’ asked the US president, waking up.”

Another tweet called for protests: “Just when you think there can’t be *another* reason to march against @realDonaldTrump when he comes to these shores.”

Next: This isn’t the first time Trump angered Scots.

3. There’s no love lost for Trump in Scotland Trump’s relentless quest to gobble up properties in Scotland drove people from their homes to accommodate real estate expansion, CNN reports. He called people’s homes “ugly” and insulted locals, referring to one homeowner as a “village idiot.” Scots protested Trump’s bullish behavior by raising the Mexican flag near one of his luxury golf courses.

Next: Scots have enjoyed Irn-Bru for years, so why the sudden ban?

4. This is what started the Irn-Bru debate 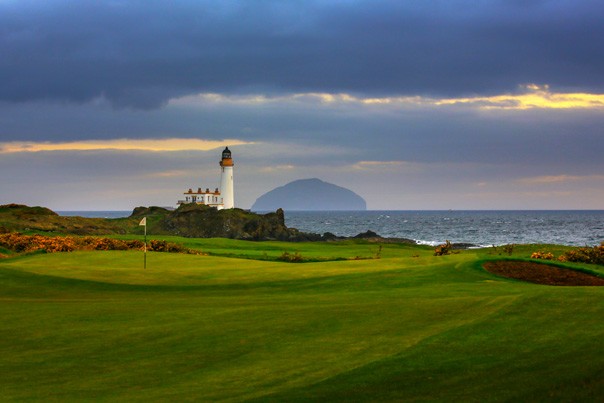 A guest asked for an Irn-Bru at Turnberry.| Trump Turnberry

Next: Why is Trump afraid of a harmless soft drink?

5. This is why Trump is banning Irn-Bru 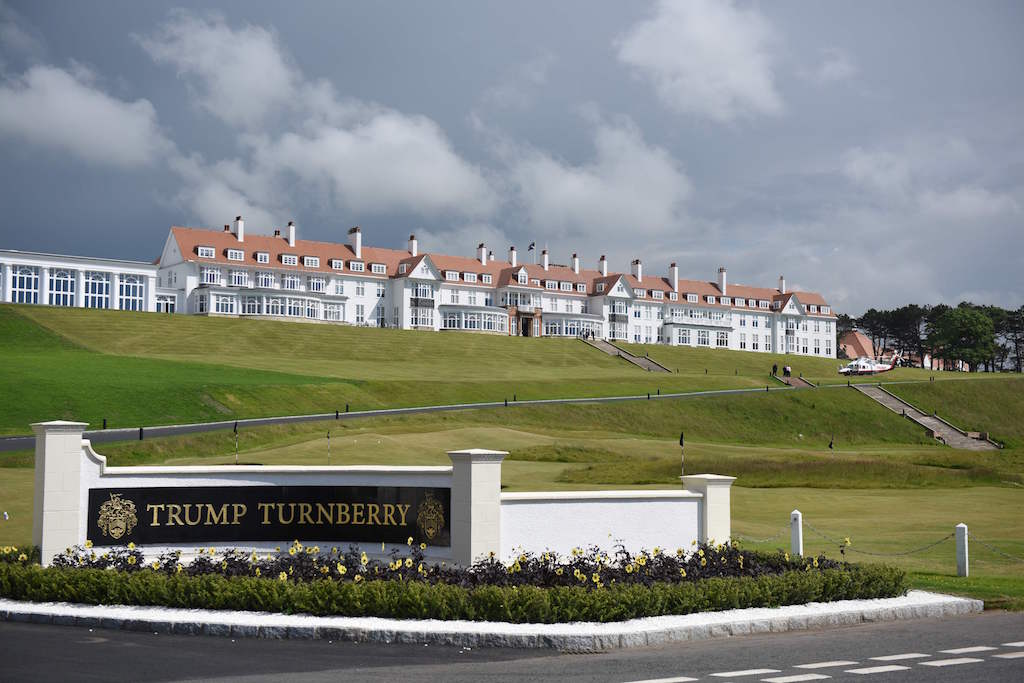 The club claims the orange drink would ruin the carpet. | Oli Scarff/AFP/Getty Images

The hotel underwent a $271 million update, which included dropping $678,800 on the ballroom carpet alone, CNN reports. And because of its vibrant orange color, spilling Irn-Bru on the carpet would essentially ruin it. So Turnberry chose to ban the drink to avoid any accidents.

Next: Irn-Bru lovers have tried to remove stains for decades.

6. Is there any way to clean an Irn-Bru stain? 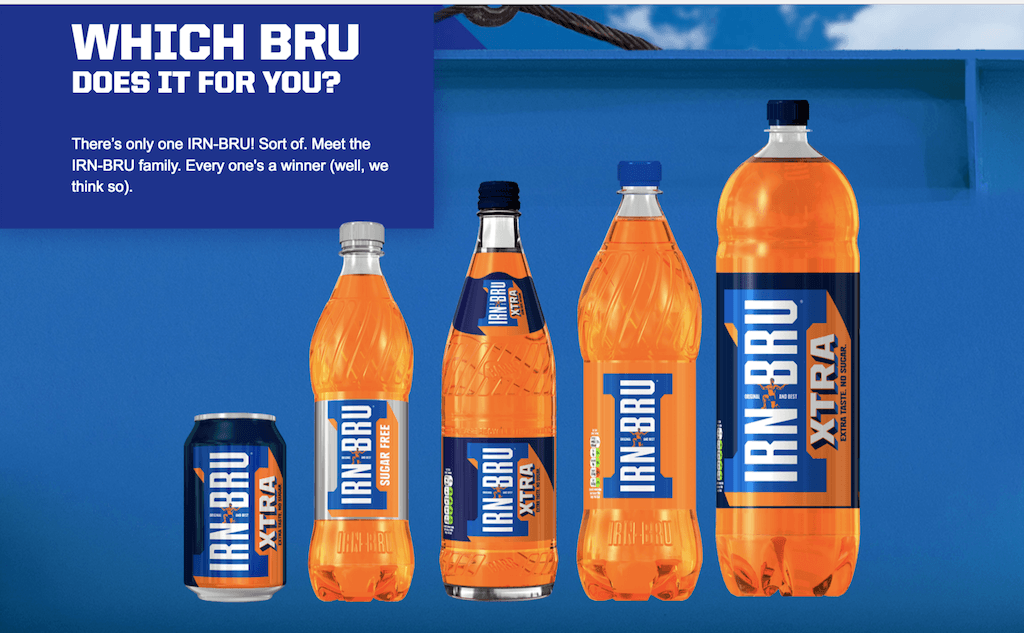 YouTube videos and user forums offer helpful suggestions to remove Irn-Bru from carpet and upholstery. However, the drink was referred to as “the toughest stain to remove ahead of curry and red wine,” according to Metro. In fact, homeowners want insurance to cover stains as no one seems to know the “secret sauce” to remove these stubborn marks.

Next: The orange drink irony is not lost on Scots.

7.  The orange president banning an orange drink prompted these comments Scots couldn’t resist lobbing these easy jabs. “An orange substance that is bad for you wants Irn-Bru banned #irnbru,” came from one Twitter user. Another Twitter user wrote, “Well the similarities are uncanny – extremely synthetic, no nutrients whatsoever and orange.”

This tweet summed it up nicely: “An ‘orange soft-drink’ banned by @realDonaldTrump, the ‘orange Bogus Potus’ … !”