Recession and Relationships: Homemaker or Homewrecker?

As most people already know, our economy is recently recovering from the “Great Recession.” Although little was great about this time when unemployment exceeded 10 percent and output fell by around 5.1 percent, it served as a wake up call for some Americans who are budgeting better and allocating money for emergency funds. For others, however, it’s business as usual — overspending and taking on debt.

The economy has a grave impact on the American household. From our spending behavior to the way we perform at our workplace, it makes everyone a bit more concerned and conscientious. It impacts other areas of our lives, too; however, these areas may not be as pronounced. In a recent Business Insider publication, the author includes some of the most unusual economic indicators. If you notice large numbers of highly attractive waitresses and waiters, this is a sign of the hot waitress/hot waiter index. When the economy is on the brink of disaster, people are more inclined to use their looks in an effort to get better paying jobs. The unclaimed corpse indicator is another sign of economic downturn. In 2009, during a time of high unemployment and falling non-farm payroll, Detroit reported a huge increase in the number of unclaimed bodies within its morgue. Another example — the plastic surgery indicator — found that plastic surgery revenues declined by 9 percent in 2008, during the downturn.

The economy has a ripple effect on many areas of our lives, particularly our relationships. Is a great relationship more inclined to thrive during a great recession? Or, is it better off when we can spend, spend, spend? 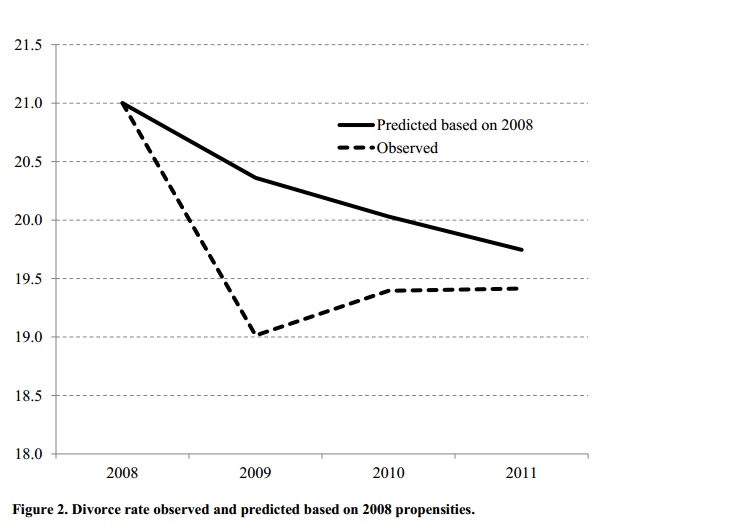 Around the time of the Great Depression, divorce rates went up and down like a roller coaster. Going back to the 1920s, right before the start of the Great Depression, the average divorce rate sat at around 1.6 per 1,000 people. During the stock market boom, the divorce rate saw a rise from previous years. Consumerism had taken hold, and the roaring twenties was a time of excitement, thrill, and getting rich quick. After the 1929 crash and during the depression years, divorce rates dropped back down. Some couples stuck together during the financial hardship and the legal fees were too expensive to take on for many couples. Although divorce rates were low, marital stress was high. Random History Facts reports on a 1940 poll that found 1.5 million married women were abandoned by their husbands. After the depression, divorce rates went up once again, as once the economy began to recover, many couples felt financially content going their separate ways. 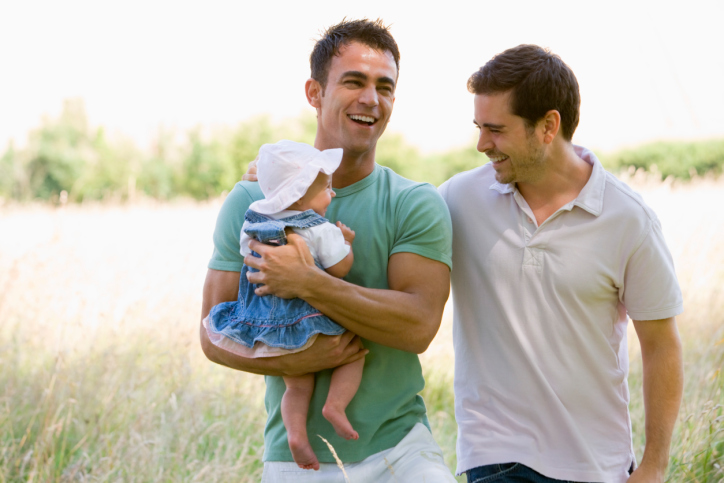 While the divorce rate tends to decrease during economic low points, the marriage rate does as well. In the 1930s, the marriage rate dropped from 12 per 1,000 to 9.2 per 1000. Then during the recent recession, it declined from 7.3 to 6.8 percent from 2008 to 2009, according to data published on Info Please. Birthrates also declined during the recession, hitting historic lows in recent years.

The National Poverty Center (NPC) studied the relationship between the economy and marital health as well. Overall, while a bad economy does not strengthen a relationship, it may result in the deterring or forgoing of separation. According to the NPC report, “Bad economies may lead to greater marital stability through at least two disparate pathways. In bad economies, those who personally experience economic or housing hardship may be less likely to separate than they would be in a stronger economy because the costs of setting up separate households are out of reach. Alternatively or in addition, the stabilizing effect of a bad economy may be driven by those who do not directly experience economic or housing hardship, but nevertheless experience feelings of insecurity given the state of the economy. This climate of uncertainty and low consumer confidence may push couples towards the status quo of remaining in their marriage … this second pathway has not been considered or tested empirically but is a plausible and intriguing possibility.”

The economy undoubtedly impacts a relationship. From the stress and emotional unrest associated with money problems to the decisions couples must make about allocating resources. In a perfect world, a meaningful relationship is not one that money and finances can make or break, however, this of course is not a perfect world.

At the end of the day, if economic stressors become too much and couples only stay together because they cannot afford to part, these couples may end up being able to work through some of their complications during the transitory time period, and the result is a permanent, lasting relationship.