The Revealing Truth Behind What Polyamory Is Actually Like

What comes to mind when you think of polyamory? If it’s promiscuity, cheating, and wild parties, you’re not alone. The polyamorous lifestyle is not widely accepted by our society, and many of the associations with it are pretty negative.

When it comes to polyamory, there are a lot of myths and misconceptions. But the truth might surprise you. Luckily, some people who are involved with the lifestyle are happy to clear the air. 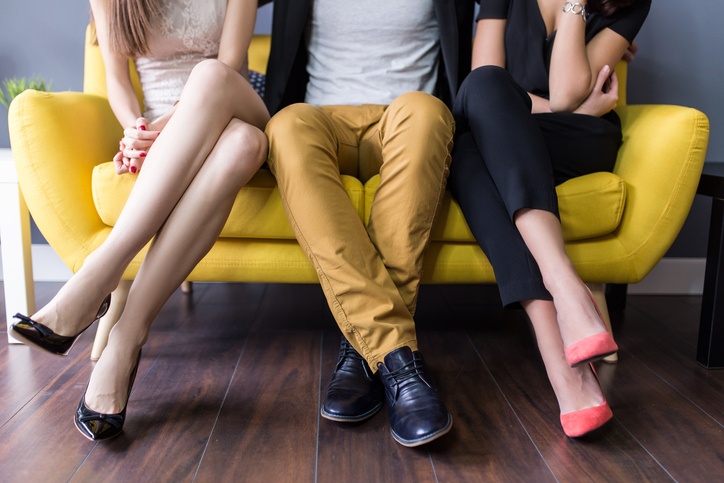 Could polyamorous couples be more happy then we think? | iStock.com/Anchiy

Because most people can’t imagine being happy in a scenario where their significant other was allowed to date multiple people, they often assume people in multiple relationships are unhappy and unfulfilled. In fact, the opposite is often true. Because they’re allowed to be exactly who they are, they feel completely satisfied.

Next: It’s not all about this one thing.

Myth: It’s all about sex

There’s more to it than that. | iStock/Getty Images

Because a part of polyamory means being able to have sex with multiple partners, one might assume that’s the main focus. The fact is, it’s more about the relationships. There’s a lot of communication involved to make this type of thing work, so you might find you talk more than you have sex.

Next: What about cheating?

This isn’t the case either. | Kiuikson/iStock/Getty Images

There’s a common belief that polyamory is just a means to cheat on your partner. But polyamorous people are quick to refute those claims. Being fully honest about their needs and wants, they don’t often feel a desire to cheat. And if all parties involved are aware of the relationships, it isn’t cheating in the first place.

Next: Whose idea is it, anyway?

Minx, who hosts a podcast in Seattle called Polyamory Weekly, has spent years talking to people in unconventional relationships. She says the notion that it’s always the man’s idea is false. In fact, she says women are more likely to come forward and suggest opening the relationship.

Next: They’re still susceptible to jealousy.

Myth: There is no jealousy

Everyone gets jealous from time to time. | AntonioGuillem/iStock/Getty Images

Although polyamorous people learn to accept and control their jealousy, that doesn’t mean they’re immune to it. Human beings have complicated hearts, and some jealousy is natural, Glamour reports. But rather than feel shame over their jealousy, poly people respond to their feelings with openness and try to get to the bottom of it.

Next: Commitment just means something different to them.

Despite how it might seem, polyamorous people aren’t afraid to settle down. Sex writer Anabelle Bernard Fournier tells Glamour, “Being one of several partners doesn’t mean my partner isn’t really committed to our relationship, or that he can’t ‘be with me.’ Commitment is about being there for the other person.”

Because polyamory is more about forming relationships than anything else, one might argue they are even more likely to commit to others.

Next: This needs to be put to rest once and for all.

These couples aren’t more at risk than anyone else. | GeorgeRudy/iStock/Getty Images

There’s no denying that the more partners you have, the more at risk you are for contracting an STI. But polyamorous relationships aren’t the hotbed for STDs you might think they are. Most couples set clear boundaries regarding contraception, including using barrier protection with everyone outside of the primary relationship. In fact, some statistics indicate that married couples who have secret affairs practice less safe sex than polyamorous couples who are upfront and proactive about risk prevention.