Road Rage? Here’s How to Handle Stress and Anxiety While Driving

Do you have a tendency to flip the bird from behind the wheel? And do you often arrive at your destination fuming mad rather than cool, calm, and collected? If so, it’s likely your road rage has gotten the best of you. Whether you’re navigating your way through gridiron traffic, or happen to be stuck behind a car who would lose a race against a tortoise, it’s natural to get irritated. But sometimes, things get a little too heated. If you have more road rage-induced baggage than will fit in the trunk, check out these helpful ways you can deal with the stress and anxiety of driving.

Everyone has a different perspective from behind the wheel | iStock.com

Everyone has different ways of processing information, justifying events, and reacting to situations. It’s important to keep in mind that, when an incident has taken place on the road, everyone involved will have perceived it differently based on their vantage point. In cases when people typically don’t see eye to eye, lashing out and jumping to conclusions (even if you are 100%, without a doubt in the right) is never the way to go. And although everyone has his or her opinion, it’s crucial to recognize there will be some mismatch. “We don’t realize that if we didn’t have our opinion of what we should expect, or what others should be doing, we wouldn’t feel road rage,” Psychology Today says. “We would simply respond with quick thinking and a feeling of gratitude that we — and they — are still safe.” It’s easier said than done, but it’s something every driver needs to be mindful of.

Concentrate on your own driving | iStock.com

It makes sense that a person who’s just royally ticked you off with unsafe driving could also send you flying off the handle. But the last thing you want to do is escalate the situation even further. In a 2016 AAA Foundation study, 8 million drivers admitted to having gotten out of their car to confront another driver or even bumped or rammed another car on purpose.

If you’ve just had an incident with another vehicle, don’t stick around for the show. Leave plenty of space between your car and thiers, and keep your distance. Also, it’s probably a good idea to avoid making too much eye contact. You don’t want the other driver thinking you’re looking for a fight.

Consider your own habits when driving

Recognize your own mistakes | iStock.com

Have you ever considered the possibility that your driving habits could be causing road rage for someone else, thus sparking a domino effect? Well, it may be time to take a long, hard look in that rear-view mirror. If you often find yourself stressed out because of so many angry drivers, it might be time to utter the phrase no one likes to admit: It’s not you, it’s me. According to Safe Motorist, actions like keeping your high beams on despite oncoming traffic, driving while using your phone, or failure to use your turn signals when appropriate may trigger an adverse response in another driver. And although such errors don’t warrant especially strong reactions, it’s better to be fully aware of your own habits, and stay out of the line of fire.

Leave yourself plenty of time for your commute 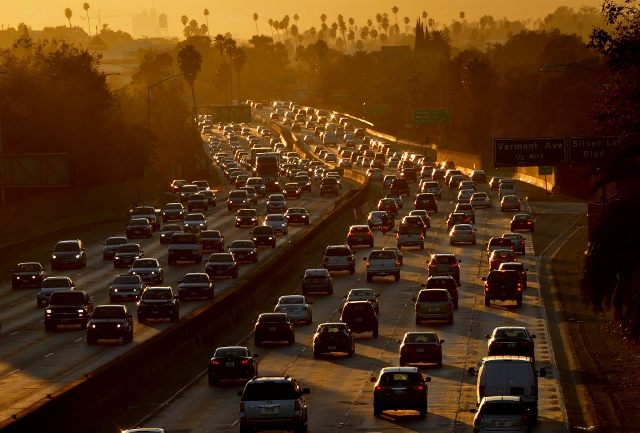 In some cases, road rage can be avoided if you just adjust your schedule and way of thinking. Reduce the possibility of being stressed on the road by leaving a bit earlier. Road rage goes hand in hand with aggressive driving, which the National Highway Traffic Safety Administration describes as “a category of dangerous on-the-road behaviors.” Seeing as typical offenses include speeding, trying to beat red lights, and tailgating, it stands to reason that if you give yourself some leeway in the scheduling department, you might not be so inclined to rush.

It sure is a jungle out there, so stay safe.