At one time, the royal family took a marriage partner very seriously. Even the slightest imperfection could keep two people apart. However, Queen Elizabeth II went against her parents’ judgment and fell in love with the unconventional Prince Philip. Philip had flaws, many of which played a role in the royal family’s distaste for him. Here’s everything about Philip and the royal family that nearly kept him from marrying the love of his life.

The pair met on a tennis court. | AFP/Getty Images

The two lovebirds’ romance started out on a tennis court in Devonshire, England in 1939. It was supposedly love at first sight even though they had actually met quite a few years earlier when Elizabeth was only eight. Of course, that was still too young an age for there to be a budding romance between the two.

Next: They had a solid marriage.

Not many people can say they have been married for 70 years. | British Monarchy via Instagram

In 2017, this royal couple celebrated 70 years of marriage. While there are countless reasons why the royal family did not want these two to end up together, Queen Elizabeth stands by the fact that they have been in love since she was 13. Prince Philip stood by her side when she became the queen, birthed his four children, lost her mother and sister in a two-month span, and many other ups and downs.

Prince Philip supposedly had a few issues with the royal marriage, such as not being able to give his children his surname. However, the couple has been together for the better part of a century. Needless to say, this marriage is rock solid.

Next: They were already family when they tied the knot.

When Elizabeth and Philip met, they had already known about one another –through the family tree. Believe it or not, the queen and her husband were third cousins. To them, it was not a close enough relation to matter and did not stop their love for one another. They shared the same great-great-grandparents: Queen Victoria and Prince Albert. In fact, these same great grandparents were actually first cousins — marriage within the family was common.

Next: The royal family wasn’t crazy about where he was from.

He was a foreign prince

Prince Philip’s family was actually recruited for the Greek throne in the mid-1800s. This drove a wedge between the queen’s family and him because his foreign royalty was not widely accepted. Although his family ruled in Greece, it was a different nationality that made the royal family weary of the marriage.

Next: The family also didn’t like his ties to this place.

He had German blood

When the couple got engaged in 1947, World War II had only recently ended. Prince Philip had German blood, and the royal family did not like the idea of Elizabeth marrying a German. Even though he was educated in England and had served in the British Navy, his family was predominantly German.

Next: Age was just a number to these two.

There was an age gap

Queen Elizabeth was only 13 when she met Prince Philip. | Chris Jackson/Getty Images

The queen and the prince have a five-year age gap. While five years doesn’t seem like a big deal, according to Vanity Fair, the queen was only 13 when she met her future husband. Prince Philip, 18 at the time, was not well received by her family because she was nowhere near mature enough to be with a man that age.

Next: His family life was not very conventional.

He was an outlier 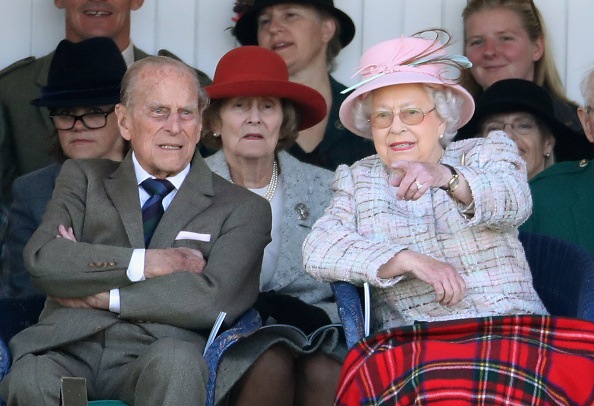 Queen Elizabeth could have ended up with a wealthier man. | Chris Jackson/Getty Images

The queen’s family felt that he had an unconventional background, making him an outlier to the royal family. His mother had a nervous breakdown when he was eight, and she spent a few years in a sanitarium. Elizabeth’s mother, also named Elizabeth, preferred her daughter end up with one of the aristocratic men she already knew. These men had far more money and recognition than Philip.

Next: He had a rebellious side.

He had a ‘cheeky’ attitude

Prince Philip used to be a bit of a bad boy. | LEON NEAL/AFP/Getty Images

Those who knew Philip described his attitude as “rebellious.” He didn’t have the same poise and etiquette that the royal family had. There were reports that he felt emasculated by the queen and was quick to let her know about it. He was forced to give up his Naval career for her and allegedly threw a serious tantrum. However, he stuck by her side — possibly because she was royalty.

Next: His addiction to these was an issue for Elizabeth.

… and a smoking problem

The family was not happy to learn of Philip’s smoking habit. His future wife may have been the most frustrated of them all. However, Philip was aware that Elizabeth was not fond of her own father’s cigarette addiction, so he stopped. Vanity Fair reported that according to his valet, who used to refill his cigarette boxes, he stopped without any difficulty once he realized how much his wife disliked it.

Next: His family was not well liked.

His family was exiled

In 1922, Philip’s entire family was exiled from Greece because of a coup. Those in Greece were dissatisfied with the family’s stance on certain policies, and removed all of them. Philip’s mother was sent to a sanitarium for her mental state, and his father was not up to raising him. Philip spent most of his volatile upbringing in the care of his mother’s family.

Next: Elizabeth did not get her father’s approval for this.

Elizabeth accepted his engagement without approval

Philip proposed to Elizabeth in the summer of 1946, and she accepted on the spot. She did not ask her parents’ permission, and that rubbed them the wrong way. Traditionally, the man gets her father’s approval before proposing, but Philip’s rebellious mind decided to skip that step. The queen felt his attitude was a breath of fresh air.

Next: Her father consented under one condition.

Her father wanted her to keep it a secret

When she finally consulted her father, he was not pleased the two went behind his back. However, he did agree to the engagement. He made the couple adhere to one condition: it would be a secret until Elizabeth’s 21st birthday. The future queen would be 21 in less than a year, so the two complied.

Next: The queen’s struggles may have impacted her family members’ love lives.

Did her marriage affect Prince Charles?

Reports have said that Prince Charles could not marry Camilla because she was “unfit” for the throne. Camilla’s volatile past — primarily her former relationship with Andrew Parker Bowles — made her unfit for the royal family. However, after the two made their relationship public in the late 1990s, Elizabeth did eventually give them her blessing to get married. They wed in 2005. It’s possible that Charles’ relationship reminded her of her own challenges with her husband.

Next: Today, the royal rules are different.

Time’s have certainly changed in the royal family. | Kensington Royal via Instagram

Today, a rocky past and a bad attitude are not enough to prevent the royal family from marrying those they love. In fact, Prince Harry’s naked photo scandal has nearly been forgotten after all these years. Now, he’s preparing to marry Meghan Markle. Markle, who is half black, might not have been accepted 70 years ago. Today, the royal family knows that love knows no boundaries, regardless of race, religion, or any other absurd grounds on which to judge someone.

Next: Did the queen’s young love help Harry propose to Meghan?

The Queen’s marriage impacted her views on her grandchildren

Queen Elizabeth II is probably so easy going due to having to go through her own marriage issues. | Alan Crowhurst/Getty Images

Harry’s engagement to an American would have been considered extremely unconventional in the past. Plus, Markle is three years older than the prince. However, it’s possible that since Elizabeth went through her own issues trying to get her family to accept her husband, she did not want the same issues for her beloved grandchildren. Marriage ideals are not nearly as strict in the royal family as they once were.