Politicians getting busted for affairs is a tale as old as time. Alas, they never seem to learn. Former New York City mayor and current lawyer to President Trump Rudy Giuliani is the latest to be called out for his bad behavior, and sadly this isn’t even the first time he’s been accused of cheating on a spouse.

Rudy Giuliani’s wife of 15 years, Judith Nathan, just called him out. And while he is denying her claims, at least in part, the timing really couldn’t be worse for him (learn why on Page 5).

On June 13, 2018, Giuliani’s estranged wife, Judith, went public with a claim that Giuliani had been having an affair with hospital administrator Maria Ryan, who is also married. Video obtained by Inside Edition shows Giuliani and Ryan together in March, when he visited her hospital in New Hampshire. Giuliani claims he was there to learn about the hospital’s cybersecurity program.

Next: Although Giuliani denies these allegations, evidence suggests he’s not telling the truth.

Giuliani has been quick to deny the affair, calling Ryan a “good friend.” But there is evidence that he’s met with his “good friend” in private several times recently, including a weekend meetup at a resort and spa in New Hampshire, where the two shared dinner and a movie (at least).

Giuliani claimed that weekend happened after he and his wife separated. And while Nathan did file for divorce just five days after the romantic weekend occurred, she is insisting they weren’t separated at the time. It seems she found out about the affair and filed for divorce immediately.

Next: It appears this former mayor hasn’t learned from his past mistakes.

This is not the first time Giuliani has allegedly started a new relationship before ending his old one. He started seeing his second wife, Donna Hanover, while he was still married to his first bride, who also happened to be his second cousin. After he married Hanover, he wasn’t faithful to her either. Not only did he have a press conference announcing their separation without informing Hanover, he was apparently already seeing Nathan on the side.

Hanover, after learning her marriage was over along with everyone else, held her own press conference a few hours later, accusing Giuliani of carrying on a different affair with former staffer. Giuliani officially filed divorce papers in October of that 2000, and it was finalized in 2002. Giuliani and Nathan were married the following year, and it seems he learned nothing from his past.

Next: These comments Giuliani made seem almost comical now.

His comments about sex workers may come back to haunt him

As President Trump’s lawyer, Giuliani will obviously do everything he can to protect his client. Recently, that has included trying to discredit Stormy Daniels, one of the women who has come forward about having an affair with Trump. His comments, which seem especially hypocritical now, include claiming Daniels “lacks value” because of her job as an adult film star.

“I respect women — beautiful women with value — but a woman who sells her body for sexual exploitation I don’t respect,” Giuliani has said. “Tell me what damage she suffered. Someone who sells his or her body for money has no good name.”

He has also implied Daniels isn’t attractive enough to be Trump’s mistress, comparing her unfavorably to Trump’s three wives. Many people, including current sex workers and Daniels’ lawyer, Michael Avenatti, have slammed Giuliani for his misogynistic comments.

Next: Here’s why the timing in all this is rather poor.

This doesn’t look good for Giuliani — or Trump’s — credibility

There’s never a good time to get caught having an affair. But currently, Giuliani is trying to defend Trump from the same actions he’s just been accused of. And while it’s Trump, not Giuliani, who’s on trial here, that doesn’t mean this scandal won’t affect Trump. With rumors swirling that Trump’s longtime personal lawyer, Michael Cohen, is about to turn on him, the president needs a quality legal team in his corner.

Of course, Trump’s loyal fan base seems unwilling to turn on him, no matter what. But they aren’t the ones involved in his legal matters.

Next: How long will Trump put up with these scandals?

Will Trump get rid of Giuliani, too?

Rumors that Trump would fire Giuliani date back to early May, mere weeks after he was hired. The initial controversy involved disputes over the ethical ramifications of payments to Daniels and to Cohen. But while that drama seems to be dying down, there’s no telling what this latest scandal will mean for Trump and Giuliani’s professional relationship. 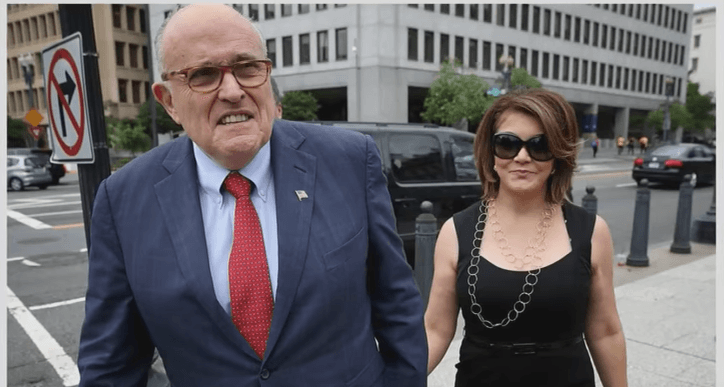 The day after Giuliani denied having an affair while married to his third wife, he was already linked to another woman. He has admitted to dating political fundraiser Jennifer LeBlanc for the past few weeks, but insists the relationship began after his marriage was over. And while Giuliani certainly has the right to find love again after he is, in fact, officially single, he must be aware that the timing isn’t great for him.