All eyes are on soccer superstar Cristiano Ronaldo with the World Cup occurring. So far, it looks like Ronaldo is really pulling through for Portugal. And The Guardian notes Portugal’s defender, Pepe, says “the most important thing for our team is that Cristiano Ronaldo is in top shape.”

Soccer aside, we can’t forget that Ronaldo has had a past with multiple women. And that includes two American celebrities that you probably had no idea about. Ronaldo’s no stranger to the dating world, and his current girlfriend is a 22-year-old model, Georgina Rodriguez. The Sun reports Rodriguez and Ronaldo have been seeing each other for over a year now, and their relationship seems to be going strong. It was in 2016 when romance rumors first sparked, as the two were seen together in public.

As for how the two met, many think Ronaldo spotted Rodriguez at a Dolce & Gabbana event. And Rodriguez has also been spotted in the World Cup crowd supporting her man’s team.

We’re guessing Ronaldo likes children, as he has a handful of them. The Sun reports Ronaldo’s first-born son, Cristiano Ronaldo Jr., lives with him and his grandmother in Madrid. While little is known for sure about his first son, Your Tango explains one rumor claims he was the result of a one night stand with an American waitress.

In June 2017, Ronaldo announced he fathered twins through a surrogate in the U.S., too. And in July 2017, he announced he was expecting yet another child with Rodriguez.

As for any future children, Hello! notes rumors are flying that Rodriguez may be pregnant again. Nothing is confirmed yet, however, so we’ll have to wait and see. 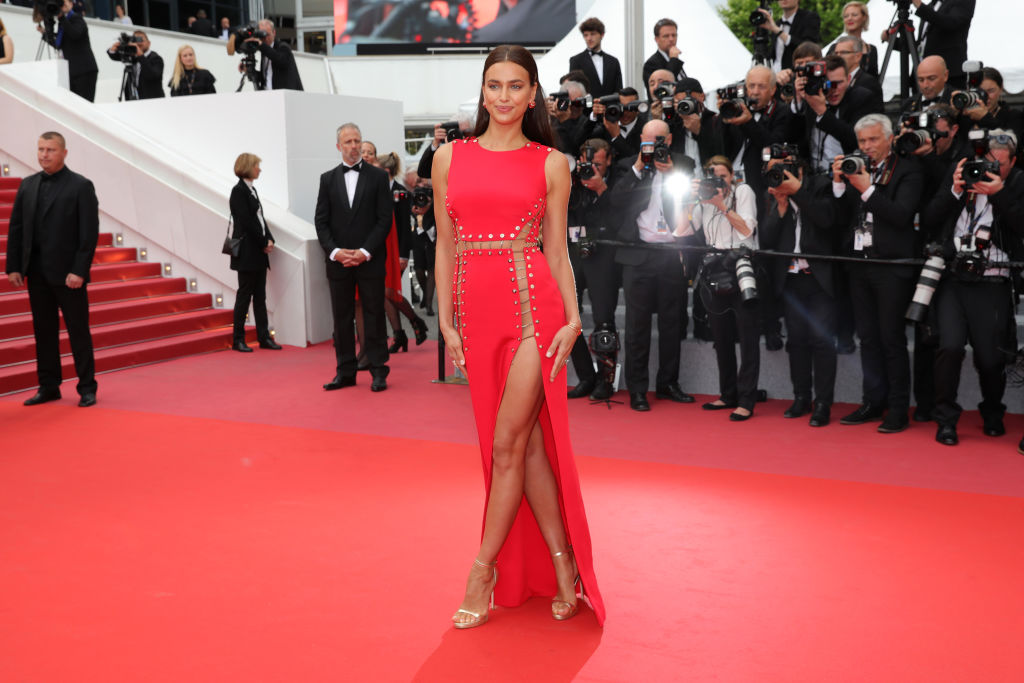 Before Rodriguez, Ronaldo was involved with another woman for several years. Irina Shayk, who you may now know as Bradley Cooper’s wife and the mother of his child, dated Ronaldo for five years, Your Tango explains.

The couple reportedly met on the set for an Armani photoshoot in 2010 and subsequently dated for five years. It didn’t last, however — and rumors that Ronaldo cheated didn’t help their relationship, either.

He was rumored to be involved with Kim Kardashian

Kim Kardashian is happily married now, but eight years ago, it was a totally different story. Daily Mail Online reports Kim K was caught kissing Ronaldo during a trip to Spain in 2010. Reports said the two were also spotted having a romantic dinner together while they were in Madrid. As one insider said, “They looked to be getting on really well, laughing the whole time.”

At the time, Kardashian was newly single, however. So it seems perhaps she wasn’t looking for anything too serious.

Ronaldo also had a fling with Paris Hilton Even before Kardashian, Ronaldo was also seen hitting the town with Paris Hilton. Daily Mail Online reports in 2009, Ronaldo and Hilton met up in Los Angeles, Hilton’s hometown at the time. And the next night they were seen together again at her home in Beverly Hills during a small gathering. Hilton’s neighbor at the time also confirmed that they saw Ronaldo late Thursday night arriving at her home.

It was interesting timing for both of them, too. At the time, Ronaldo had just signed an $80 million deal with Real Madrid, and Hilton just broke up with her boyfriend at the time, Doug Reinhardt. In regards to the breakup, Reinhardt reportedly wished “Paris and all her future boyfriends the best of luck.”