These Rx Meds Are a Total Ripoff in the U.S. but Cheap Abroad

The U.S. healthcare system pays less for Rx meds than other developed countries. However, Americans pay significantly more — two to six times more — than those countries for their prescription medications.

Norway, the U.K., and Switzerland in particular, pay less for their drugs. We found out exactly how much more U.S. citizens are paying for these frequently used meds, why our costs are so much higher, and a few ways you can save money at the pharmacy.

It’s a much more reasonable price abroad for Advair. | iStock.com/zlikovec

Advair, a prescription inhaler, costs French and German citizens a fraction of the price it does Americans. U.S. residents paid $154.80 per month in 2015 while France and Germany paid around $34 and $38 respectively.

Advair is used to regulate the symptoms of asthma and is a necessary medication. Patients use advair long-term to treat chronic obstructive pulmonary disease for better breathing and fewer flare-ups.

Having diabetes doesn’t come cheap in the U.S. | iStock.com/monkeybusinessimages

Over 30 million Americans are diagnosed with diabetes, yet we pay significantly more for insulin than other countries. Lanton, a brand of long-term insulin, costs Americans about $186 while the U.K. and Germany pay around $60 for the same prescription.

Sorry, reflux sufferers — it’s cheaper to treat outside of the country. | iStock.com/champja

Nexium, a popular medication used to treat acid reflux, costs more in America than in the Netherlands. Americans paid an average of $215 for a Nexium prescription in 2013, the Dutch got the exact same pill for $23. In England, Nexium cost $42 and in Spain the price was $58.

Your Cymbalta prescription is a lot cheaper elsewhere. | iStock.com/Wavebreakmedia

The Psychiatric Clinic of North America predicts that by 2020 major depressive disorder will be the second leading cause of disability. Patients with depression spend an estimated $700 monthly on associated costs in the U.S.

You’ll end up spending a good chunk of your paycheck to treat this chronic disease in the states. | iStock.com

Humira, a popular rheumatoid arthritis medication, cost $2,246 in the U.S. in 2015, compared to $881 in Switzerland and $1,102 in England. MabThera is another brand Rx med used to treat the chronic disease. It costs U.S. citizens nearly 170% more to treat the disease with MabThera than it does our friends across the pond. 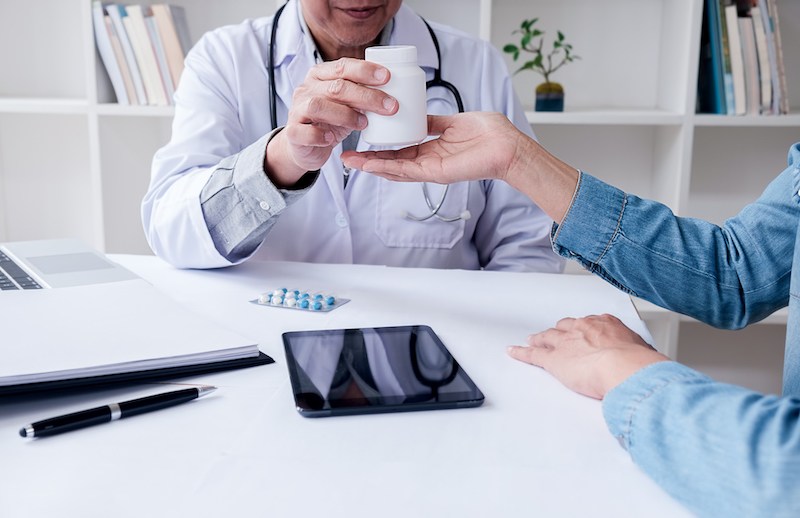 This necessary medication can cost almost three times as much in the U.S. | iStock.com

Neulasta, used to treat white blood cell deficiencies, is particularly beneficial for cancer patients receiving chemotherapy. It reduces the incidence of fever and infection in patients who are receiving chemotherapy that affects the bone marrow, and to increase survival after being exposed to high doses of radiation.

Neulasta costs U.S. citizens $3,620 and U.K. and Norway residents only a little over $1,000. The Charlotte Observer points out how U.S. hospitals are routinely marking up prices on cancer drugs by two to 10 times over cost.

You may be paying a lot more in the U.S. than you would abroad. | iStock.com

The Wall Street Journal reported that 40 top brands cost nearly double in the states than they do in Norway. Lucentis, a brand name drug used to treat age-related macular degeneration, costs Norwegians $894 while Americans pay $1,936.

The no. 1 cause of blindness in Americans over the age of 65 is wet age-related macular degeneration, a disease that Lucentis treats as a “miracle drug” according to doctors.

Why do Americans pay more?

There’s a reason your medications are more expensive in the U.S. | iStock.com

Policy and drug regulation determine our high cost. “It comes down to who is driving the harder bargain,” the Wall Street Journal said. For example, Norway’s state-run healthcare system sets price caps, and these state providers are typically the only buyers.

By contrast, the U.S. system is subject to Medicare’s regulation and fragmented pharmaceutical companies. Medicare is unable by law to negotiate pricing. “We have no rational system in the U.S. for managing prices of drugs,” Peter B. Bach, M.D., told CNN.