Scandalous Celebrity Affairs That Resulted in the Most Catastrophic Endings

Hollywood is a dramatic place, and we’re not just talking about the big screen. Over the years, we’ve seen plenty of shocking celebrity affairs play out in the tabloids and through gossip sites. And while some of them have led to “happily ever after” (at least for the cheaters), some of them have more scandalous endings.

Here are some of the top celebrity couples whose extramarital trysts ended in disaster (or divorce). 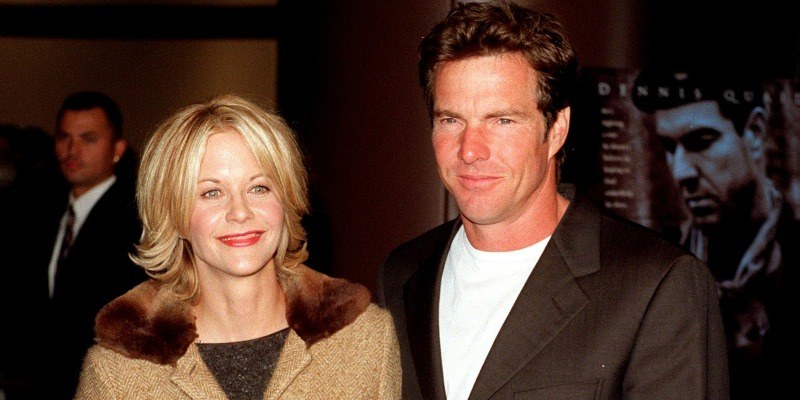 Meg Ryan had been married to Dennis Quaid for nine years when she had an affair with her co-star Russell Crowe. When Quaid found out, he ended their marriage and was awarded joint custody of the couple’s son, Jack. But years later, Ryan admitted that Quaid had been unfaithful to her multiple times, and the end of the marriage wasn’t Crowe’s fault.

Next: These Hollywood sweethearts married young, and fans were devastated when he cheated. 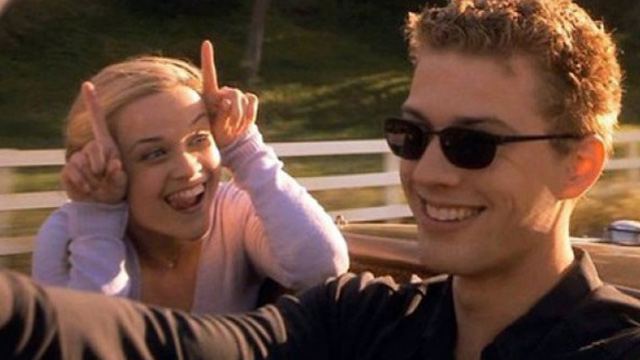 Reese Witherspoon and Ryan Phillippe met on the set of Cruel Intentions. Their romance charmed the hearts of their fans, and those fans were crushed when news broke that Phillippe had cheated on Witherspoon with his Stop-Loss co-star Abbie Cornish. The couple split, sharing custody of their two young children. But Phillippe’s popularity has never been the same.

Next: This ’90s rocker romanced the family nanny. 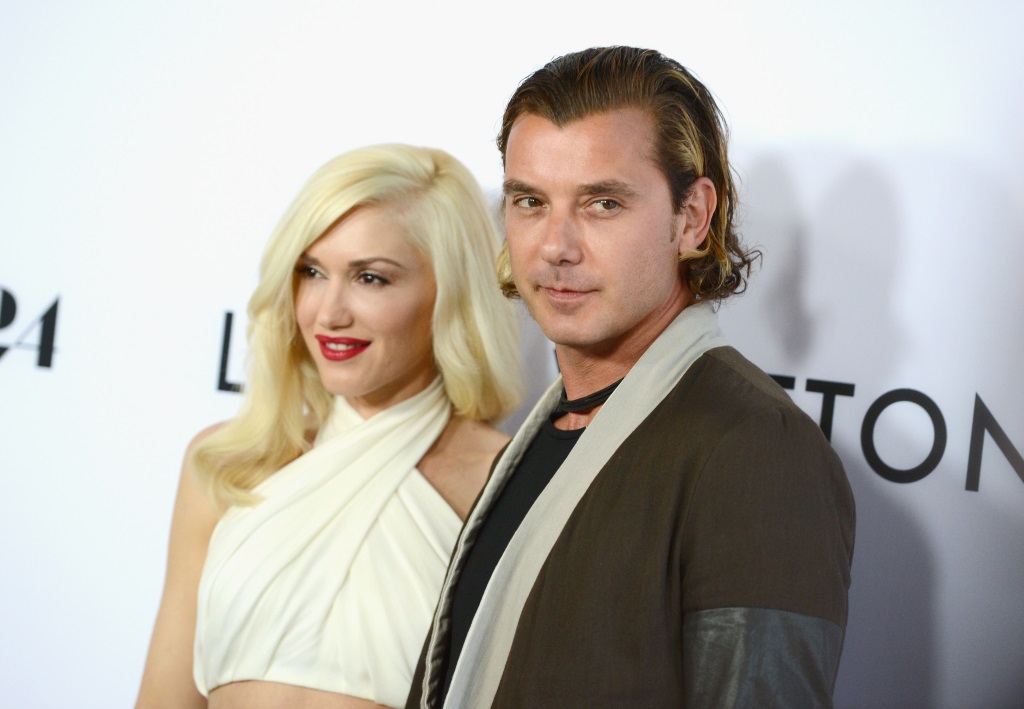 The shocking part of Gavin Rossdale’s affair wasn’t the cheating itself but how it was discovered. A family iPad was linked to Rossdale’s phone, so one of the family’s nannies discovered explicit texts and nude photos between him and another nanny. Stefani was informed, the nanny was fired, and the couple divorced soon after. Stefani has since found love again with Blake Shelton.

Next: This actress learned her husband was being unfaithful right after she won an Oscar. 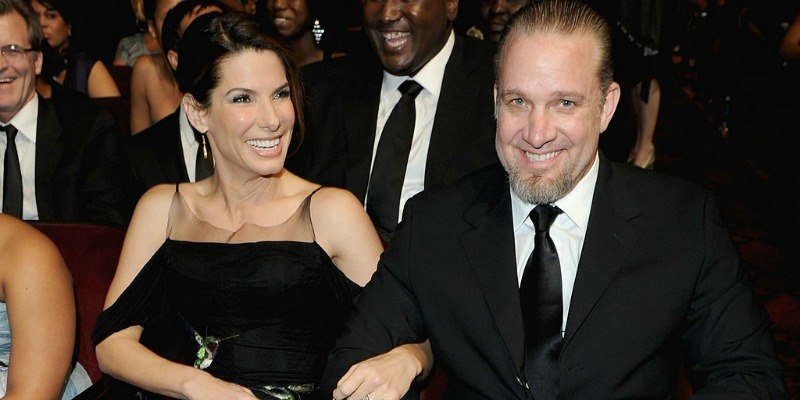 Sandra Bullock and Jesse James had been in the process of adopting a child right before they divorced. | Jason Merritt/Getty Images

Just days after Sandra Bullock took home a Best Actress Oscar for her performance in The Blind Side, news broke that her husband, Jesse James, had been having an affair with a model. Not long after, it was revealed that James had also been sleeping with other women, and the couple divorced. The couple was in the process of adopting a child at the time, and Bullock ended up finishing the adoption process alone.

Next: This professional golfer’s numerous affairs led to one of the most explosive divorces in history.

On the night of Thanksgiving 2009, Elin Nordegren chased Tiger Woods out of their home with a golf club after learning he’d been unfaithful. Woods, who had taken Ambien beforehand and was awakened by his furious wife, ended up crashing his car. This all led to one of the most explosive splits in history, as it was revealed that Woods had been with many, many more women while married to Nordegren.

Next: This reality star ex-wife never did forgive the songstress who stole her husband. 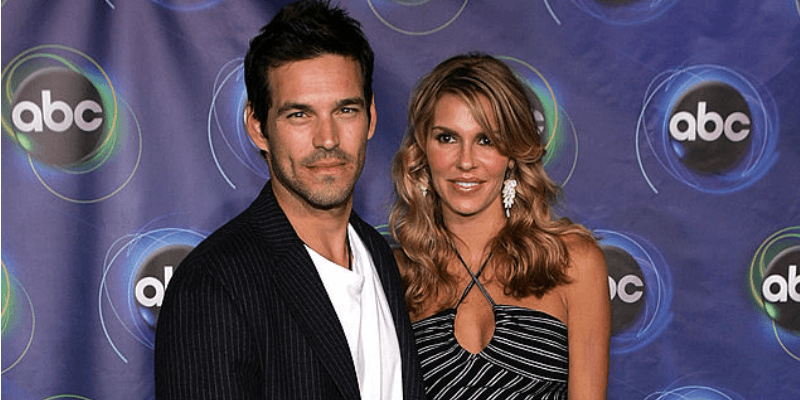 By now, we’ve all heard the story of Eddie Cibrian leaving his wife, Brandi Glanville, for LeAnn Rimes after the two had an affair on the set of Northern Lights. (Rimes was also married at the time to Dean Sheremet.) Glanville and Cibrian went through a messy divorce, and to this day, Glanville is all too happy to speak poorly about Rimes and her ex.

Next: This 25-year marriage ended after he fathered a child with the housekeeper. 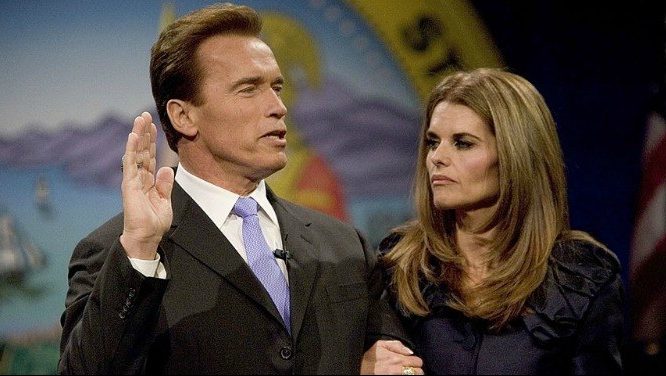 In 2011, Arnold Schwarzenegger’s 25-year marriage to Maria Shriver fell apart when they realized the family housekeeper’s 17-year-old son was fathered by Schwarzenegger. The couple tried counseling, but it didn’t work out, and they split.

Next: This Kardashian partner couldn’t keep up with his sex addiction. 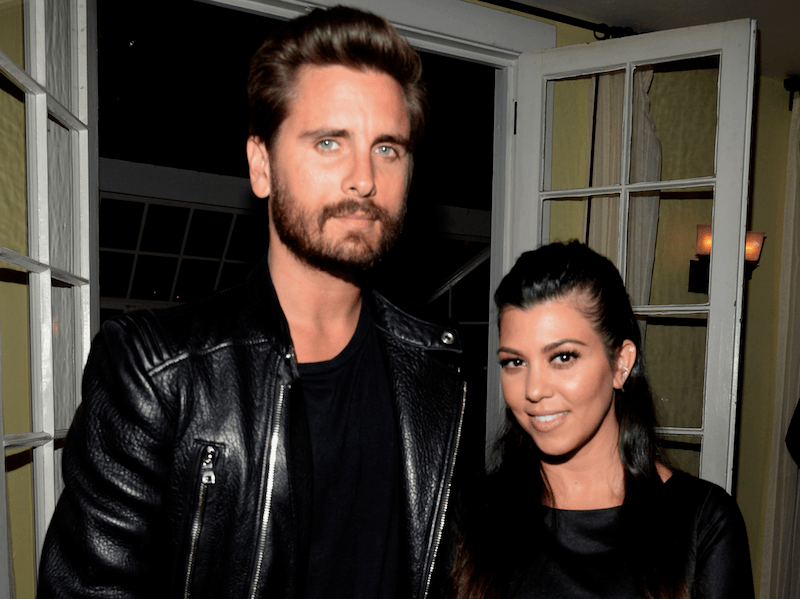 Although Kourtney Kardashian and Scott Disick were never legally married, the couple dated for years and share three children. Their relationship has had lots of ups and downs, the majority of which were because of Disick’s cheating due to an alleged sex addiction. He had been caught cozying up to an ex-girlfriend, hiding a girl in his hotel bathroom in Dubai, and trying to sneak a girl into a hotel room in Costa Rica, where he was vacationing with the Kardashian clan and trying to win back Kourtney’s heart. This was the final straw — for now, at least.

Next: This iconic duo released entire albums to tell their stories. 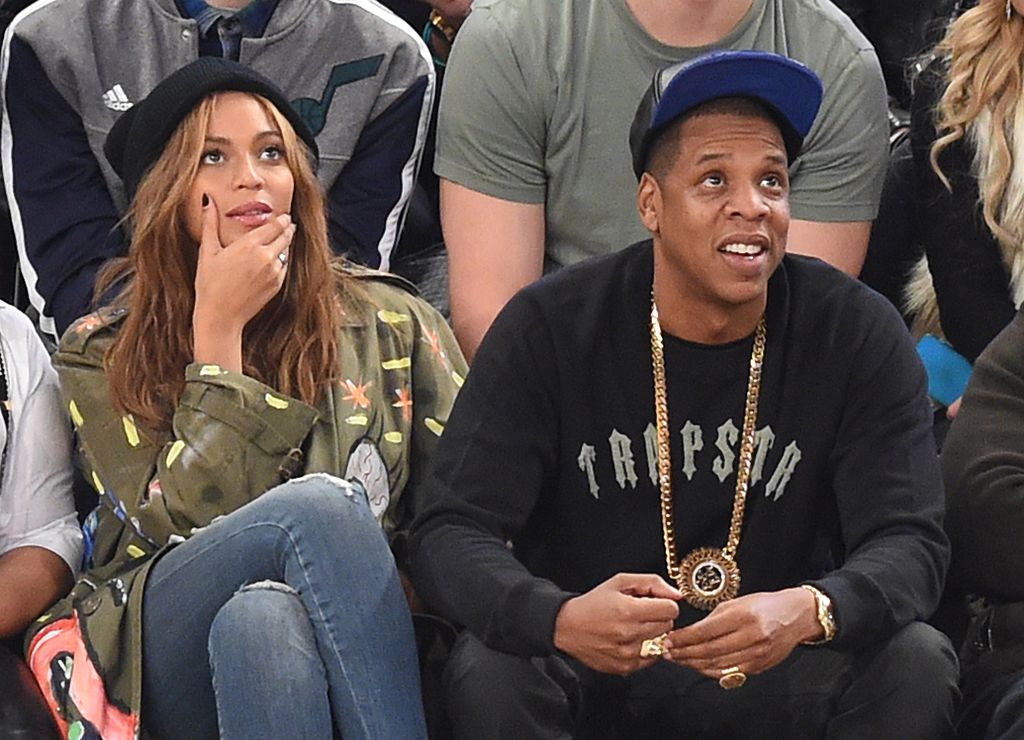 Beyoncé and Jay-Z have seemingly reconciled. | Timothy A. Clary/AFP/Getty Images

Rather than divorce her husband or publicly call him out, Beyoncé released an entire album, Lemonade, that detailed his infidelity and her feelings about it. The songs and videos were so explosive that fans are still dying to know who “Becky with the good hair” is. Later, Jay-Z released 4:44, which is basically one big apology letter to his wife. The couple is still married, and hopefully, Jay-Z knows better than to slip again.

Next: This basketball star’s slip led to a lawsuit and rape accusation. 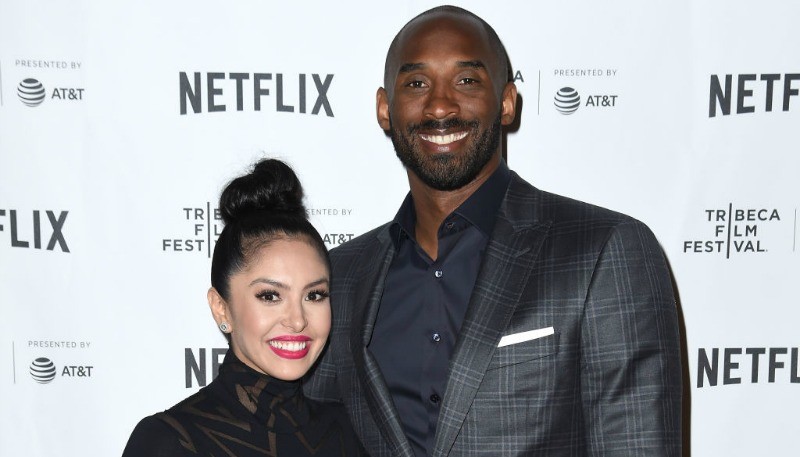 Basketball player Kobe Bryant was accused of sexual assault by a female concierge at a hotel where he was staying. This landed him in the doghouse when his wife, Vanessa, found out. The case was dropped after the victim refused to testify, but Kobe still had a lot of explaining to do. He “apologized” to Vanessa with a $4 million ring — and the couple is still married today.

Next: This shock rocker left his Burlesque star wife for a much younger woman. 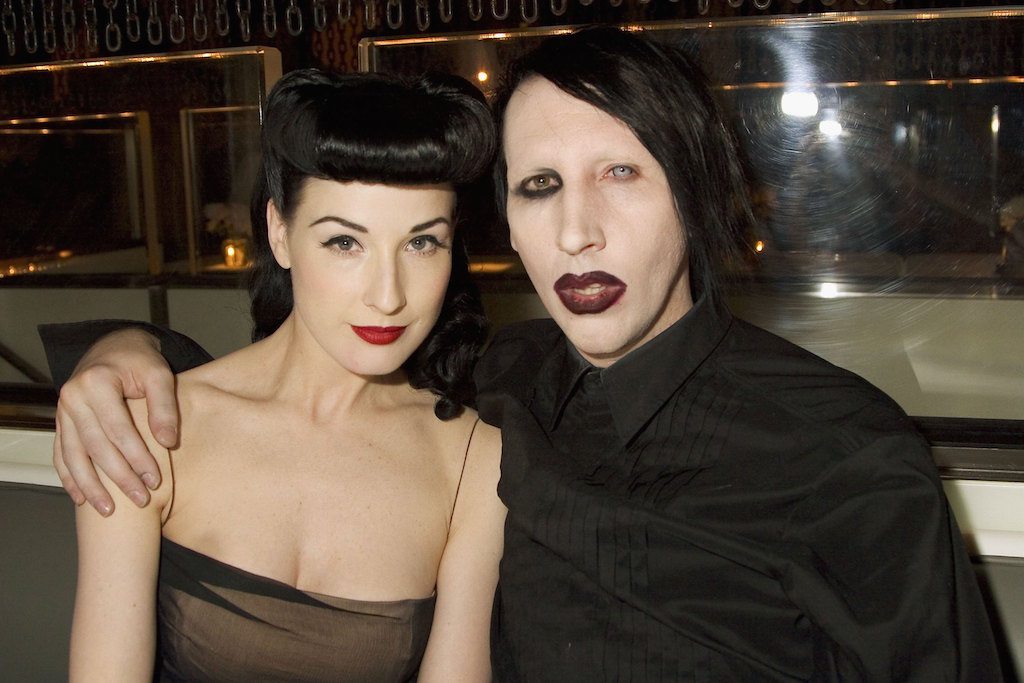 After their breakup, both parties acknowledged that their marriage was falling apart. | Astrid Stawiarz/Getty Images

Marilyn Manson and Dita Von Teese were together for seven years (and married for one) when he began an affair with 18-year-old Evan Rachel Wood. This obviously caused a big commotion, and Von Teese and Manson split. However, both of them admit their marriage was already going south and that Wood was not to blame. Manson and Wood got engaged, but they broke it off before they made it to the altar.

Next: This married director was caught canoodling with the star of Twilight. 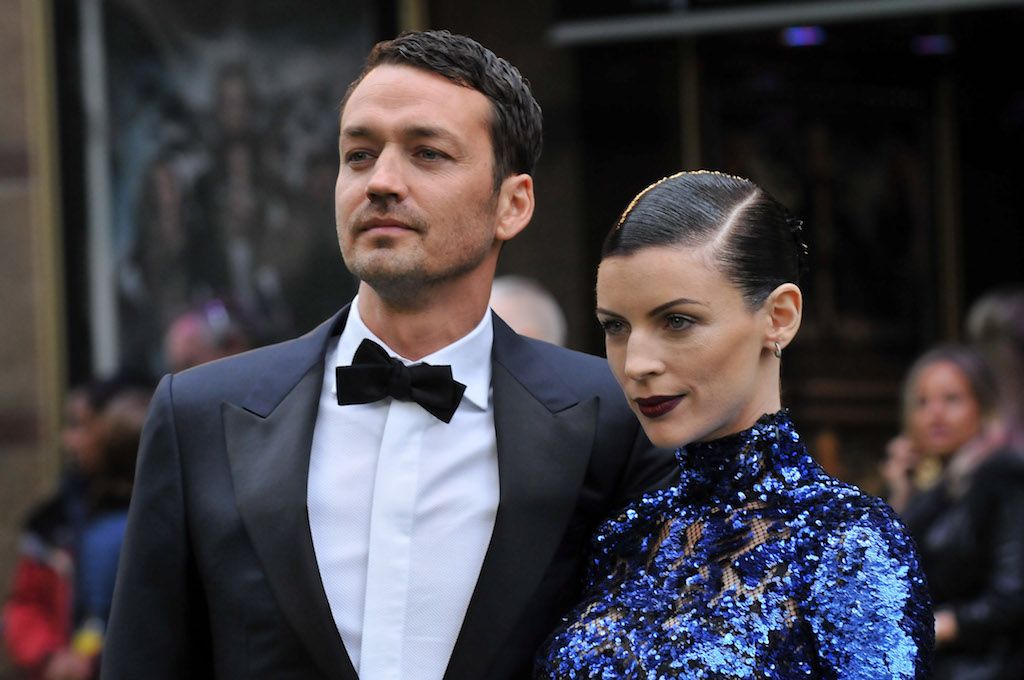 His career has stalled since his divorce. | Ben Pruchnie/Getty Images

Rupert Sanders’ career was off to a promising start when he was caught hugging and kissing his Snow White and the Huntsman star Kristen Stewart. Stewart was dating Robert Pattinson, and Sanders was married to Liberty Ross, with whom he shares two children. Ross filed for divorce, and Sanders’ career has never been the same.

Next: This Firefly star ended her marriage in a rather shocking way. 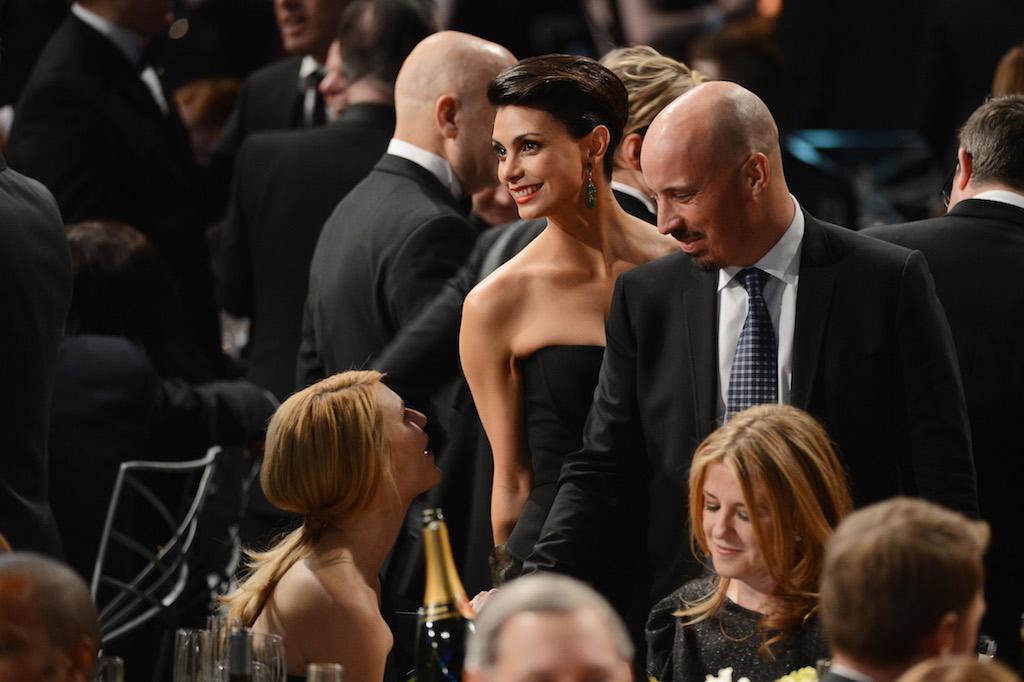 Austin Chick was unaware his marriage was over. | Mark Davis/Getty Images

Actress Morena Baccarin ended her marriage to Austin Chick while she was already pregnant with her co-star’s baby. Apparently, Baccarin’s relationship with her Gotham co-star Ben McKenzie started before Chick was aware that they were separating. Baccarin and McKenzie are now married.

Next: This relationship is still a huge scandal decades after it began. 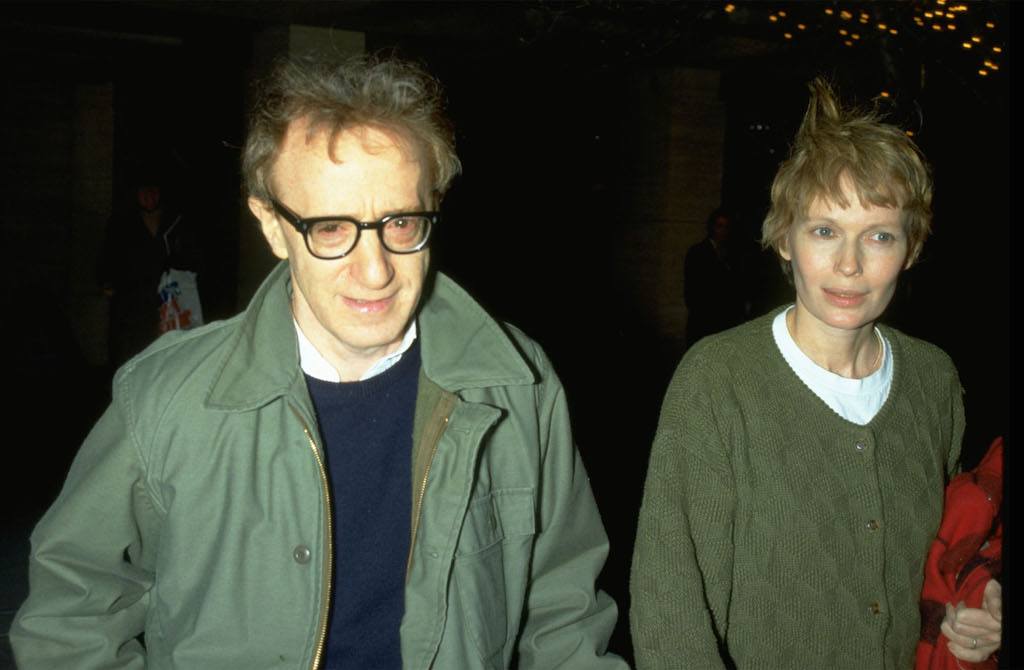 Woody Allen and Mia Farrow were never married, but they had been together for many years when Allen left her — for her adopted daughter, Soon Yi. Allen and Soon Yi are now married, but it’s still a heated topic in Hollywood.

Ronan Farrow summed it up nicely when he was once asked about his family dynamic: “He’s my father married to my sister. That makes me his son and his brother-in-law.”

Next: This baseball star cheated on his wife with a very famous pop icon. 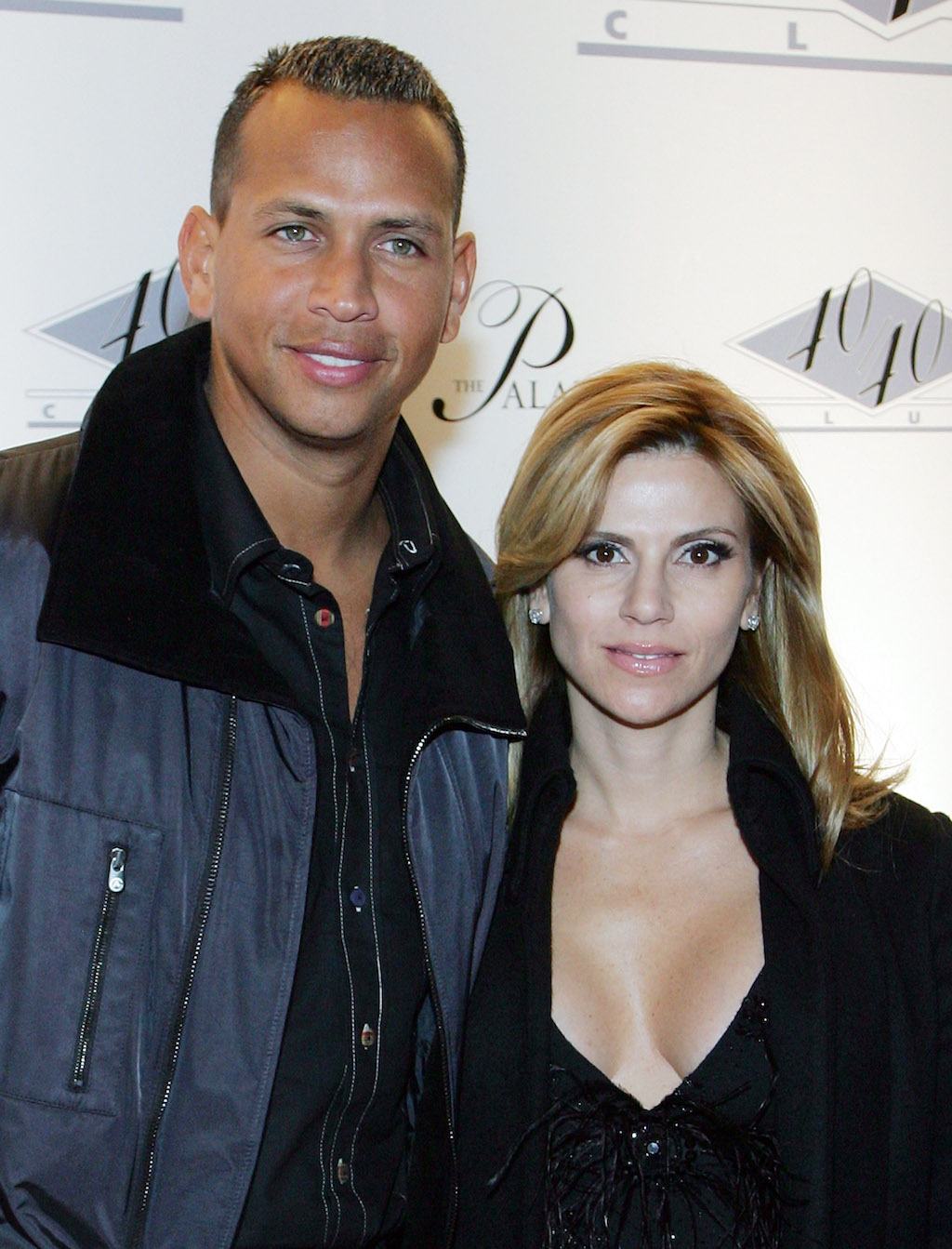 His marriage came to an end after an affair with Madonna. | Ethan Miller/Getty Images

Alex Rodriguez apparently had a wandering eye throughout his relationship with his now ex-wife, Cynthia Scurtis. But when Rodriguez began an affair with Madonna, who was married to Guy Ritchie at the time, it was the last straw for Scurtis. She flew to Paris with the couple’s two young children and filed for divorce soon after. Both Rodriguez and Madonna deny the affair to this day, but those closest to them know better.