Giving their children United States citizenship at birth is something people all over the world can only dream about. However, for some Chinese women, it has become a reality. About 1,500 miles south of Tokyo and 4,000 miles west of Hawaii lies a tiny, U.S.-owned island that has seen a dramatic spike in “birth tourism.” You probably didn’t even know the island existed.

Why birth an American baby?

There are a lot of reasons women don’t want to give birth in China. | iStock.com

People have begun to feel unsafe in China. The country’s communist leader, Xi Jinping, has become nearly as powerful as Mao Zedong, who led China to its cultural revolution. Citizens are concerned with how much power he has, and the idea of “collective leadership” is nearly nonexistent in China today. Unhealthy pollution in Chinese cities along with multiple food scares throughout the country are other reasons Chinese women do not want to give birth in their home country. 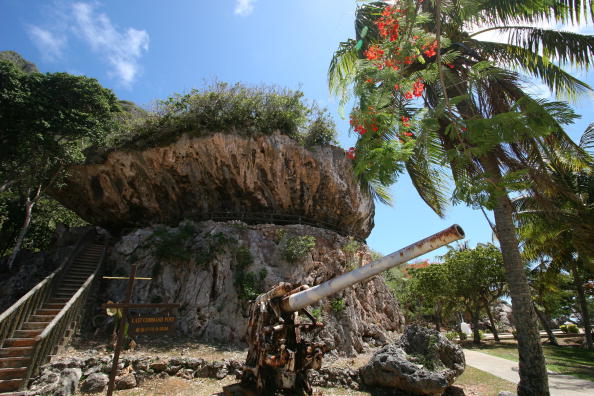 Saipan is owned by the U.S. | Koichi Kamoshida/Getty Images

Instead of giving birth in China, they travel to Saipan, a small island in the Pacific Ocean owned by the U.S. The island was acquired after World War II and has been a U.S. commonwealth since 1978. Women take the five-hour flight from China to the island, where they can give birth to their new baby — the baby will have immediate U.S. citizenship. “We will do anything for our kids,” one Chinese father told the Wall Street Journal. With that, there are some serious costs and risks associated with the endeavor.

Saipan does not require a visa

Not needing a visa to go into Saipan makes it a prime destination. | iStock/Getty Images

A 2009 change in immigration policy reworked the visa laws in Saipan. Now, Chinese citizens can enter the country visa free for up to 45 days. This provides a loophole that the rest of the United States doesn’t have. To access the mainland, you need a visa, and border patrol keeps an eye on people who attempt to enter the country just for the birth right. Since Chinese tourism is so popular in Saipan, government officials determined that making it visa-free would boost the economy. Now, it’s also boosting Chinese-American birth statistics.

The costs to birth there are shockingly high

The cost for Chinese women to birth an American born baby are shockingly high. | halduns/iStock/Getty Images

The journey to give birth in Saipan comes with a lot of stress — cost is only the beginning. Women often pay thousands of dollars to one person to arrange travel, medical treatment, and other services. Sen Sun, a Chinese man who was harboring illegal immigrants on the island for birth rights, made them pay an average of about $15,000 each. One Chinese translator who was interviewed by the Wall Street journal said some women pay more than $50,000. For the average Chinese woman, that’s an impossible amount of money, but they still work toward the dream of an American baby. 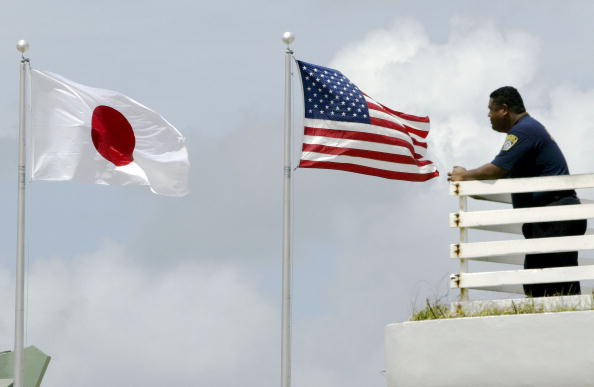 Women are in a constant fear of deportation. | Everett Kennedy Brown-POOL/Getty Images

Many Chinese people who have made a life in Saipan fear deportation because of what they’ve done. When the Wall Street Journal investigated, they interviewed a translator but did not give his name. This is because even those with steady jobs on the island live in fear of the government. The concept of birth tourism is a relatively new loophole in Saipan, and the government has not yet figured out a way to control it. However, they can still deport anybody who overstays their 45-day limit.

The influx of pregnant women is becoming overwhelming for doctors. | iStock.com/Bojan89

Doctors and medical personnel on the island are finding that they’re unable to handle the influx of pregnant women in their health system. Doctors have said it’s a strain on the community and can put expectant mothers in danger. This is because women who arrive in the late stages of their pregnancy don’t have their medical records with them. Without a previous medical history, it’s not easy to give the women the care they need. The Wall Street Journal reported that a Chinese woman died during childbirth in October 2017 because the doctors were unaware of her medical history.

There is no evident solution

The government will have to come up with a creative solution. | hxdyl/iStock/Getty Images

Right now, the government does not have a solution. From a business standpoint, Chinese tourism is necessary. Thousands of Chinese visitors go to Saipan every year, and the country relies on tourism for the economy. Gregorio Sablan, the congressional representative for Saipan, said that cutting off visa-free travel doesn’t make sense for the businesses. Since only a few hundred Chinese women give birth there every year, versus thousands of visiting tourists, the government needs to come up with a better solution to crack down on the expectant mothers.