Secrets About the Royal Family’s Fight Over the Throne, Revealed

The line of succession in the British royal family is a bit complicated. It’s also full of drama. As it turns out, not everyone is happy about who will take over the throne after Queen Elizabeth II dies. And while her majesty is still alive and reigning, there is already chaos among her successors. Here’s a look at the feud over the British monarchy.

After Queen Elizabeth II passes away …

Queen Elizabeth II is going to pass away at some point. | Sean Gallup/Getty Images

Queen Elizabeth and Prince Phillip’s eldest son, Prince Charles, is the heir apparent to the throne. (The 69-year-old is also the longest serving heir apparent in British royal history.) Next in line after Charles is his eldest son, Prince William, and William’s children. After that comes Prince Harry in the succession line — followed by Harry’s future children? — and then Prince Charles’ younger brother, 57-year-old Prince Andrew.

Prince Charles would like to make some changes if he takes the throne. | Carl Court/Getty Images

There has been a power struggle for several years now because Prince Charles reportedly has plans for a “slimmed down” monarchy. This would mean keeping the circle of higher-up royals in Prince Charles’ direct bloodline — Prince William and Kate Middleton and their kids, the Prince Harry and Meghan Markle and their kids. This trims out Prince Charles’ siblings and their offspring, who are already treated different because they are further down the succession line.

How his brother feels about it

Prince Andrew and his daughters are treated differently by the rest of the family. | Alexander Hassenstein/Getty Images for IAAF

Needless to say, this has put Prince Charles and Prince Andrew at odds for some time. Andrew has been very visibly upset since Charles continues to exclude his siblings and their families from royal events, like standing on the Buckingham Palace balcony for the queen’s Diamond Jubilee back in 2012. (Prince Andrew is not a completely clean and innocent character, which has a lot to do with Charles’ decision to push him out.)

Why other royals are up in arms 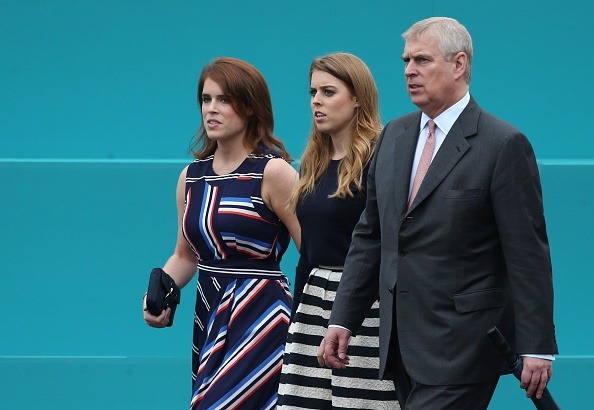 Princesses Beatrice and Eugenie are not treated like royals. | JUSTIN TALLIS/AFP/Getty Images

Prince Andrew’s daughters, Princesses Beatrice and Eugenie, are at the forefront of this feud, starting with when they were stripped of their police detail back in 2011. Prince Andrew continues to insist that his daughters be treated like full-time royals, or join him in his line of work. Princess Beatrice in particular has been vocal about being tired of living in the shadows because she is a blood royal.

How this affects Prince William’s family … 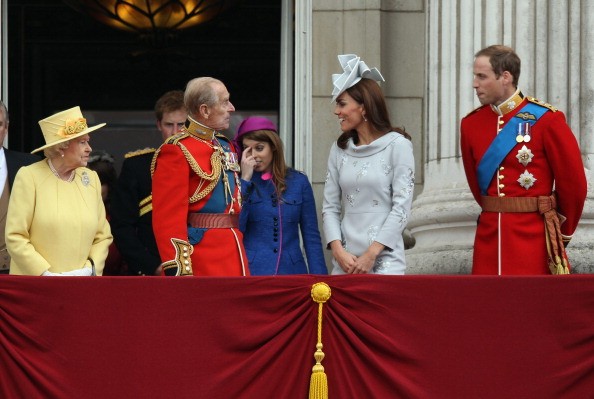 The feud between Charles and Andrew has trickled down to their children, Prince William and Princess Beatrice. There are rumors that Beatrice lost out on being the godmother to William’s children because of the on-going family rift. Things are particularly hostile between Beatrice and William’s wife, Kate Middleton, with whom Beatrice has a very public disliking for. Beatrice is furious that Kate, who is only royal by marriage, gets so many perks and so much publicity.

Prince Harry and Meghan Markle will probably stay as far away from the feud as possible. | Kensington Royal via Instagram

There is bound to be even more feuding as Prince Harry and Meghan Markle’s children push Prince Andrew and his kin further down the succession line. As for Harry himself, he doesn’t sound particularly worried about where he sits in the succession line, and appears to want to stay out of the family’s kerfuffle.

What does the queen think of this whole thing?

No one really knows what the queen thinks. | John Stillwell/PA Wire

Queen Elizabeth is really good at holding her cards close to the vest. So of course, there are conflicting reports over whose side she’s on. Although despite rumors that she secretly sides with Prince Andrew and his daughters, the majority believes that she has Charles’ back. It is also reported that the queen pushed for Beatrice and Eugenie to start their own careers after university instead of carrying out royal duties.