Recently, Stormy Daniels became a household name because of her alleged affair with Donald Trump. But this adult film star, whose real name is Stephanie Clifford, hasn’t exactly been scandal-free up until this point.

Her early career and first husband

She re-married after her divorce. | Ethan Miller/Getty Images

In 2007, Daniels married actor and director Mike Moz (real named Michael Mosny), and their union would also last two years. Moz’s name has come up recently since in 2011, when Daniels first spoke of her affair with Trump, Moz helped set up a polygraph test, which Daniels passed. Moz has always corroborated Daniels’ claims of the affair, which would have happened shortly before she met Moz. Trump and Daniels reportedly met in 2006 and had a sexual relationship for a year.

Next: This second marriage had a stormy ending.

She had a troubled marriage with Moz. | Ethan Miller/Getty Images

In 2009, Daniels made headlines when she was arrested for a domestic violence misdemeanor. According to the report, Daniels threw a potted plant at Moz (which hit him), destroyed their wedding album, and trashed other property. The two split soon after.

Next: Thing didn’t end well for this duo. 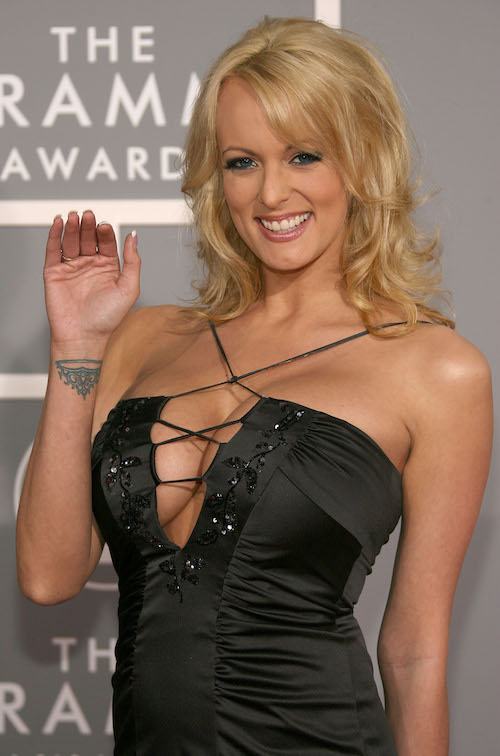 She claimed her ex-husband attacked her on a red carpet. | Frazer Harrison/Getty Images

In 2011, Daniels sought protection from her ex-husband, Moz, claiming that he had attacked her and her fiance at a red carpet event that year. She also claimed Moz had tried to steal her car and had gotten her fiance fired from his job by threatening his employer.

Next: Third time’s a charm?

It’s unclear when exactly Daniels tied the knot with her current spouse, Glendon Crain (real name Brendon Miller). She’s been involved with him since 2010, and while their daughter was born in 2011, it isn’t known whether the two were married at that time. One thing is certain, though: They appear to be happy together.

Next: Crain is in the adult film industry as well. 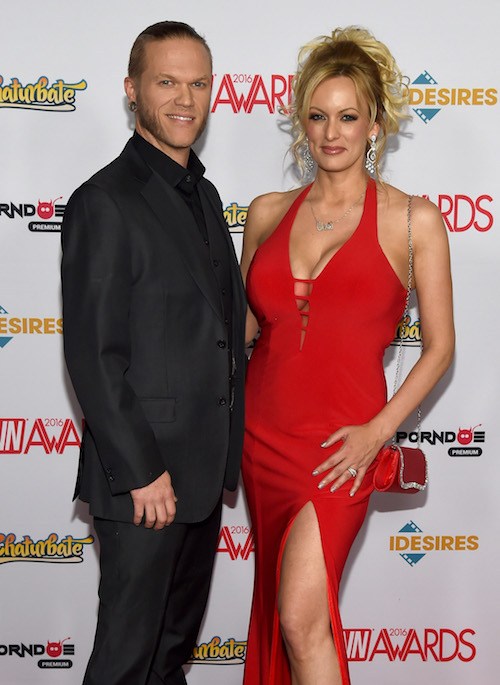 She married another person in the adult film industry. | Ethan Miller/Getty Images

Although Crain has starred in 42 adult films, mostly with his wife, he’s also a professional drummer. He was once the drummer for Godhead, a heavy metal band that still holds the title of being the only band ever signed to Marilyn Manson’s label. Since then, Crain has shared the stage with artists as diverse as Katy Perry and Linkin Park. His most recent adult film was released in 2015, so perhaps it’s his diverse interests that keep this couple together.

Next: Daniels’ current husband has stayed silent about the Trump affair.

If Crain knows the truth about his wife’s past affair with President Trump, he’s not telling. Crain has stayed silent on the issue, and since he didn’t know his wife at the time of the affair, he may never have much to say. Daniels regularly praises her husband’s parenting skills, so perhaps he’s keeping his focus on the couple’s daughter during this strange time.