Sex Fasts: Is This New Trend Right for You? 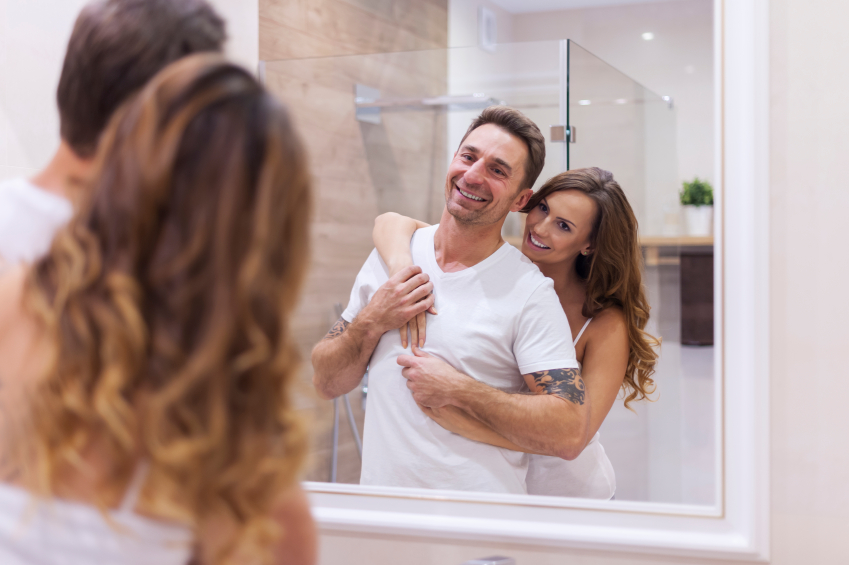 It’s normal when you’re not in a relationship to go through a bit of a sex-less slump, and it’s also normal if you’re in a relationship that’s hit a rough patch to not be as intimate with your partner as usual. But to choose intentionally not to have sex with your partner if you’re in a happy, fulfilling relationship may seem unusual or counter-intuitive. It’s a new trend that’s being called a sex fast. Our culture loves fasts (juice cleanse, anyone?), but a sex fast sounds like something no man (or woman) would want to take part in. Sex is an ultimate form of pleasure — why actively stop if you don’t have to? Sounds crazy, but consider following in the footsteps of former NFL player and Brooklyn Nine-Nine actor Terry Crews, who brought this deprivation technique to light. It might even end up helping your relationship, while making you overly frisky in the process.

On HuffPost Live, Terry Crews notes that sex is not the ultimate barometer for how a relationship is going. He explains how he and his wife completed a “90-day sex fast” that left him “more in love” and “more turned on” than ever. “90 days — no sex, all relationship, all talk, all cuddle,” Crews recounted. “I found that at the end of that 90 days … I knew who she was, and it wasn’t about ‘Let’s go out because I know I’m gonna get some sex later.’ It was like, ‘Let’s go because I want to talk to you. I want to know you.'”

Although a 90-day sex fast may not be for all of us, he does point out what a lot of relationships, and even dating, miss out on: that we don’t always really get to know each other. So much of a relationship is now about sex, and even though every man has the desire for intimacy, it doesn’t always equate to a lasting connection with a significant other. Crews instructs and encourages men to think beyond sex and instant gratification. “You’re not looking for porn. You’re looking for someone to know you and love you at the same time,” he outlined. “That’s all you want — every man out there. But he’s scared sometimes. That’s why men put up big fronts.”

The benefits of a sex fast

Sex therapist Vanessa Marin agrees and offers compelling reasons to take a break from sex in a relationship. “Going on a sex fast is like hitting the reset button on your sex life,” Marin said to Refinery29. “For one, it’s a big tease. Not being able to get what you want will make you desire your partner so much more.” This can actually be a welcoming effect if sex with your partner has become routine. And as Crews found by going on a sex fast, you can learn more about your partner than you ever knew before. “It’s also a reminder that there are a lot of other amazing ways to be intimate with your partner,” Marin continues. “If you’re not allowed to resort to your old standbys, you start recognizing the intensity that can be present in even the smallest kiss or touch.”

How long should it last?

There’s a big difference between a sex fast and sex dying in a relationship, and the key to that is the intention. When a couple stops having sex, it can happen for various reasons, but it is sometimes a big indicator of trouble in the relationship, with communication breakdown being the ultimate culprit. On the other hand, a sex fast is a break that is pre-planned, discussed, and agreed upon, testing the lines of willpower for both partners. If you want to try this with your partner, Marin, who does suggest “sex fasts” to her clients, does not recommend 90 days as Crews did with his wife because it may take a little too much willpower. Rather, Marin suggests following this formula for figuring out your ideal fasting time: “Take the amount of time that usually passes before you and your partner have sex, and triple it. So if you usually have sex once a week, try to go for three weeks without sex.”

With the good, of course, comes the bad. If you end up going on your sex fast for too long, although you may be building intimacy through other means with your partner, there are still some unintended side effects that come with not having sex for an extended period of time, besides you being overly frisky. The most noted side effects are feelings of anxiety (and not just when it comes to sex), trouble coping with stressful situations, and increased risk of prostate cancer in males. But since a sex fast is temporary, it will be easier to set your body back on track once you’ve thoroughly cleansed your system.