The Shocking Truth Behind Panera Bread’s Mac and Cheese

Panera Bread is home to delicious breads, tasty sandwiches and irresistibly gooey mac and cheese. While Panera Bread does serve responsibly raised, clean foods free of artificial flavors and preservatives, there is one nutrient of which Panera Bread contains too much: sodium.

Panera Bread is a popular lunch spot, but here’s why you should threat carefully | Scott Olson/Getty Images

Next time you’re heading out to lunch, consider this: a cup — not even a bowl — of Panera Bread’s mac and cheese boasts 1,230 milligrams of sodium (not to mention a whopping 30 grams of fat). This side order, often paired with a larger menu item from Panera Bread, might only cost you a few dollars, but it also costs you 82% of your daily recommended sodium intake. Down the road, it may cost you even more.

To compare this sodium level to the amounts in a few of the country’s largest fast food chains, take a look at these other meal options. All of them hold the same or less sodium than one cup of Panera Bread’s mac and cheese.

This classic combo won’t do your body any good. | Johnnieshin/iStock/Getty Images 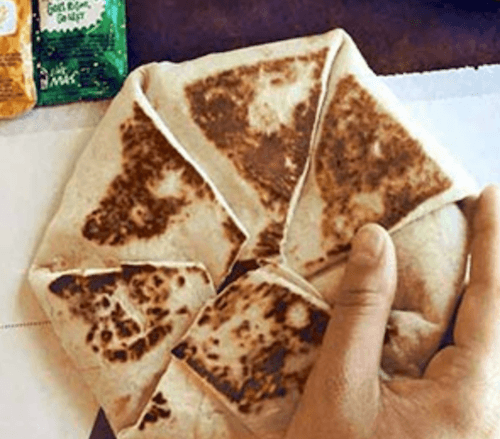 Taco Bell might not be the home of healthy food, but splurging on a Panera Bread order might leave you wishing you had ordered a crunch wrap supreme instead. Though the two come close in sodium count, Panera still inches past for the win (or loss) with an additional 40 milligrams of sodium.

You’ll be walking out bloated and full. | Burger King

At Burger King, you can treat yourself to two lunches for the sodium price of one. An order of chicken fries (850 milligrams) plus a classic hamburger (380 milligrams) lands right on Panera’s magic number of 1,230 milligrams. It’s also important to note that these two lunches together come in at 25 grams of fat — still five grams under the mac and cheese.

This hearty sandwich will fill you up until dinner. | Wendy’s

This fried chicken sandwich topped with lettuce and tomato is not only more filling than a cup of mac and cheese but also has 120 fewer milligrams of sodium. It has less fat, too, at 21 grams. Wendy’s is sounding better and better.

At Arby’s, enjoy their classic roast beef (970 milligrams) plus a snack-sized chocolaty dessert (240 milligrams) without surpassing Panera. These two treats clock in at 1,210 milligrams total, still leaving you 20 milligrams of wiggle room compared to the cheesy side.

A customized burger is more satisfying and healthy than a cup of buttery mac and cheese.  | Scott Olson/Getty Images

Why does sodium matter?

Always keep an eye on your sodium consumption. | Sebalos/iStock/Getty Images

While sodium is essential to bodily function, the amount a human needs to function properly is a mere 500 milligrams per day. To put that into perspective, that’s about a quarter teaspoon of salt. However, the average American eats about 3,400 milligrams per day; nearly seven times’ the necessary amount.

The American Heart Association recommends no more than 1,500 milligrams per day for most adults. Too much sodium is no joke. In short, excessive sodium intake means more water is retained in the body. This puts more pressure on the heart, which can ultimately lead to high blood pressure, heart attack and stroke. In the United States, salt is used in such large quantities that even one meal can send a person past that 1,500-milligram mark.