Should Men Worry About Breast Cancer as Much as Women Do? 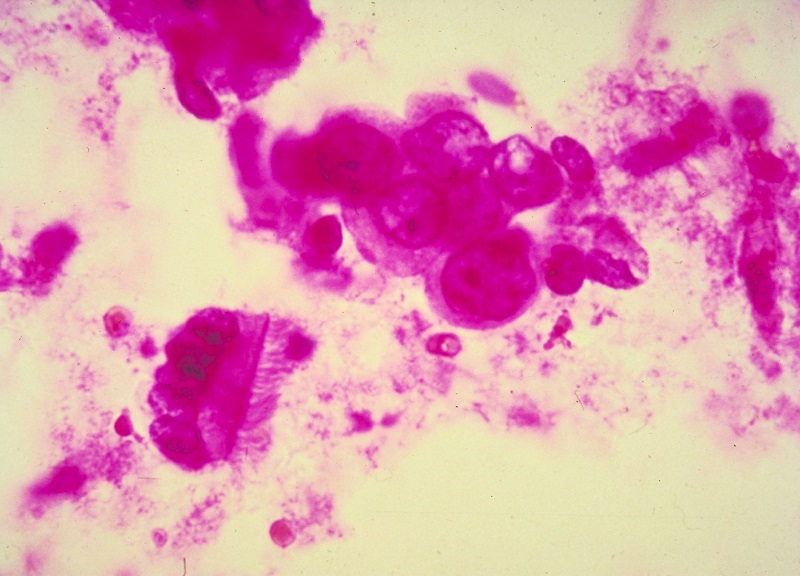 Breast cancer is as visible an issue as it’s ever been. With several years’ worth of awareness campaigns helping to prominently get the disease on the public’s mind, you can pretty much count on seeing “pink ribbon” branding no matter where you go — whether it be a doctor’s office or an NFL football game.

There’s good reason for it, too. Breast cancer is a huge problem — roughly one in eight women, or 12%, will develop some type of the disease during their lifetime. This year alone, there will be more than 40,000 deaths from the disease. And the key to effective treatment is early detection, which is why we see so many campaigns centered around spreading awareness. If you’re consistently being screened, there’s a better chance you’ll catch any nasty developments early — and be able to nip the problem in the bud.

Though we commonly think of breast cancer as a female issue (and justifiably so), it’s not a disease that’s partitioned off to just one sex. In fact, hundreds of men die of breast cancer every year as well. According to the American Cancer Society, roughly 2,600 new cases will be diagnosed in the U.S. this year, and 440 of them will result in the patient’s death. Obviously, those are much lower numbers than we see among the female population, but it goes to show that breast cancer is something that everyone needs to be concerned about, regardless of sex.

Consulting with a doctor | iStock.com

And there’s some further good news: The problem seems to have plateaued. We’re not seeing any spikes in breast cancer cases, at least among the male population.

“The number of breast cancer cases in men relative to the population has been fairly stable over the last 30 years,” the story notes.

Part of the reason that we’ve seen those numbers level off is because of increased awareness. Though less than 1% of all breast cancer diagnoses occur in men, medical science has gotten exceedingly good at determining who is at risk, why they’re at risk, and how to actively prevent the disease from developing.

Some of the common risk factors for males are, according to the National Cancer Institute, “radiation exposure, estrogen administration, and diseases associated with hyperestrogenism, such as cirrhosis or Klinefelter syndrome. Definite familial tendencies are evident with an increased incidence seen in men who have a number of female relatives with breast cancer.”

That means that if you’ve had any female relatives who have been diagnosed, you might need to be a bit more vigilant in your screenings.

If there is anything to be concerned about, it’s that survival rates among men diagnosed with breast cancer are roughly the same as they are with women, despite the fact that the disease is far less common. The main reason for that is because men aren’t being as vigilant in screening themselves, and don’t often notice the warning signs until the disease has progressed to later stages.

Doctor talking to a patient | iStock.com

While breast cancer in males is a problem, and something that you should probably ask a doctor about from time to time, it’s important that you keep the numbers in mind. Men are much more likely to develop other types of cancer, and regular exams and routine check-ups are important to make sure that you’re finding any oddities early enough to effectively treat them.

For comparison, the Centers for Disease Control say that the top three cancers in the male population are cancers of the prostate, lungs, and colon. In fact, men are more likely to develop prostate cancer than women are to develop breast cancer. One in seven men will be diagnosed with prostate cancer during their lifetime, as opposed to one in eight for women and breast cancer.

Clearly, men should be placing more concern on other body parts when it comes to cancer development, rather than the breasts. But you shouldn’t ignore it, either — especially if you have a family history of breast cancer. Men are still at risk, and all of those pink ribbons should be a reminder that you need to stay on top of your health and make sure you’re getting regular screenings.