Watch for These Signs Your Friend Is Hiding an Eating Disorder

When we think of an eating disorder, our minds go to rapid weight loss and obvious aversions to meals. Most of us think it’d be pretty easy to tell if one of our friends had such a mental health condition — after all, we see them all the time, right?

Some behaviors are obvious indicators of an eating disorder, this is true. But it’s not always that simple. According to the National Eating Disorder Association, 20 million women and 10 million men in America will have an eating disorder at some point in their lives. And this really needs to be taken seriously, because it can be surprisingly deadly.

Your first step in being the friend who could potentially save a life is knowing the signs. Many people with this mental illness do indeed lose weight quickly, but that’s not always how it goes — and there are plenty of other symptoms to watch out for. Here’s what you need to know.

1. They push their food around their plate

Pushing food around makes it look like they’ve eaten more than they really have. | iStock.com/Dangubic

Not everyone with an eating disorder refuses to sit down to dinner. Some may appear to be eating and enjoying the meal, but if you look closely you notice they spend most of their time pushing their food around the plate so it looks like more was eaten. That’s a definite sign of a problem. Family Lives explains the food may also be cut into very small chunks, hid in pockets, or put under the table for pets to have.

These behaviors are most common among those who have anorexia. Your friend may want to appear normal and still spend time with their family and friends, but they also demand complete control over what goes into their bodies.

2. They hoard food in strange places

Food in places other than the kitchen may be a sign. | iStock.com

A lot of us have had one too many cookies at the company party and felt embarrassed about our indulgence. But when it comes to hoarding food around your own home, that’s certainly binge eating behavior. According to familydoctor.org, some people who binge will sneak food and hide it around their house so others won’t see them eating. There could be snacks in closets or under their bed — anywhere that’s easily accessible to them so they can consume it in private. Those who have bulimia may also gravitate toward this behavior.

If you find food or product wrappers in unusual places at your friend’s house, it could be a good time to speak up. But make sure you approach the situation delicately. It’s likely they’re already ashamed of the situation — you don’t want to make it worse.

Is your friend reluctant to go out to eat? | iStock.com/bowdenimages

Because food restriction and monitoring is so important to those with an eating disorder, going out to eat can bring on anxiety. Think about it: When you’re out to eat, any unusual habits they have are on display, making the situation hard to hide. The refusal to visit restaurants is common among anyone with any kind of eating disorder, whether it’s anorexia, bulimia, or binge eating. The Hull Institute says even those with orthorexia, a lesser-known disorder characterized by an obsession with healthy foods, usually won’t go out to eat unless they know exactly what ingredients are in their meals.

Is your friend always saying they’re too tired, not hungry, or too busy to grab a bite to eat with you? Ask them what’s up and if they need anything. Even if it’s not an eating disorder, it could be something else.

4. They’ll prepare a big meal for others

Cooking and then not eating is a sign. | iStock.com

It might seem like those who have an eating disorder wouldn’t want to be around food at all, but for some, it’s quite the opposite. Theresa Fassihi, Ph.D., tells Psych Central many people who have eating disorders love to cook and share what they’ve made with family and friends. Watching others indulge may give them their own sense of satisfaction, or they may even feel smug that they can deny their food while others chow down. One thing stays consistent, though — they’ll cook and bake all day long for others, but won’t touch any of it themselves. 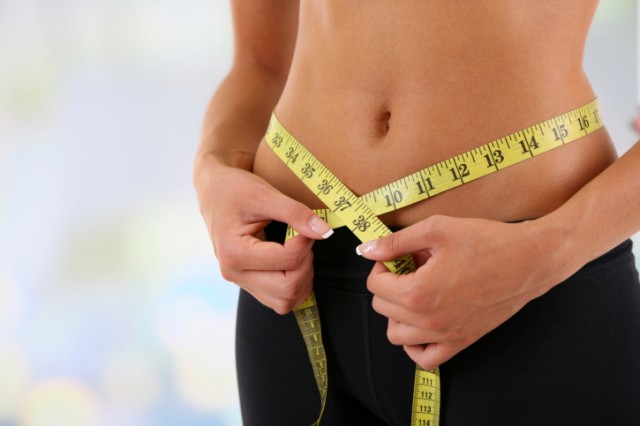 Are they always trying to “fix” their body? | Thinkstock

In a society that values thin Hollywood stars and runway bodies, it can be easy to get caught up in the madness. Many of us are able to forget about any unrealistic standards. But those with an eating disorder are more likely to point out every flaw in their physique. According to ANRED, those with anorexia or bulimia usually think if their body is thinner, all other issues they’re having difficulty with will get better as a result. Even if they’ve lost a considerable amount of weight, it’s never enough. Furthermore, Psychology Today explains it’s often more about control.

Your skin can change if you have anorexia. | iStock.com/phasinphoto

This may seem strange, but if your friend is having a serious battle with anorexia, it’s likely they’ll develop fine, light hairs on their body. This condition is called lanugo and mainly occurs on the arms, chest, back, and face, according to Families Empowered and Supporting Treatment of Eating Disorders’ glossary. As the body burns through its fat stores, this hair grows to provide more warmth. If your friend is losing weight and always seems to be cold, this is something to watch for.

Their baggy clothes could be an indicator. | iStock.com

You might think those with an eating disorder would eventually want to expose their thinness to the world after they’ve lost their desired amount of weight, but this typically isn’t how it goes. UCLA Magazine explains those who have disorders that cause them to lose weight will often hide it with baggy clothing or layers. Covering their body makes the weight loss less obvious to others. It also allows them to hide their body from themselves when they look in the mirror. With this in mind, take note if your fashionable friend starts turning to sweatshirts and coats more often.

8. Their hair falls out

It’s never a good sign when your hair falls out. | iStock.com/esp2k

Hair loss, thinning, and even balding are all common with eating disorders. Jordan Murray, a registered dietitian, tells the Eating Disorders Resource Catalogue hair loss occurs when a person’s body is malnourished. Organ function and muscle tissue become the body’s main focus when you’re not getting enough nutrients, so your hair, skin, and nails take a backseat. If you’re anorexic or bulimic and your body isn’t receiving what it needs, your hair will stop growing and may start to fall out.

Controlling food intake is just one way an eating disorder can manifest. But there’s also overexercising to consider. Many people with anorexia or bulimia choose to excessively work out to reduce their weight further, Eating Disorder Hope explains. When someone who overexercises can’t get to the gym, they tend to feel a great deal of anxiety about it and may even push through illness or injury to ensure their workout happens.

Take note of your friend’s activity level — do they tend to ignore social engagements in favor of exercising? Do you notice exhaustion and sickness don’t seem to slow them down? This could be a clue there’s a bigger problem festering.

Your teeth can tell a lot about your health. | iStock.com/gpointstudio

Most of us drink coffee despite knowing it turns our teeth a less-than-desirable shade, but those who have an eating disorder, particularly bulimia, have more than just discoloration to worry about. The National Eating Disorders Association says changes in dental health are among the first physical signs something’s up. If your friend is vomiting regularly, the enamel will erode, causing the teeth to discolor and become brittle. Even just missing nutrients will affect dental health negatively — gums may bleed easier and lips can crack.

11. They frequent the bathroom during meals

Frequent trips to the bathroom are worth paying attention to. | iStock.com/Highwaystarz-Photography

As noted before, mealtime can be particularly stressful for a person with an eating disorder. Timberline Knolls Residential Treatment Center says it’s common for those with bulimia to frequent the bathroom right after a meal or while everyone else is still eating. If you’re already suspicious your friend may have this condition, take note of this behavior. You might also notice other things — chewing gum to get rid of the smell or throwing on the faucet while in the bathroom to cover up any noise are both possible.

Laxative abuse is fairly common among those with bulimia, as excessive bowel movements are considered a type of purging, explains The Alliance for Eating Disorders Awareness. These pills may be in every local drugstore near you, but that doesn’t mean they’re safe. They’re abused for a simple reason — they make weight loss easier. After awhile, however, the user might experience severe abdominal pain, dehydration, diarrhea, renal stones, and malabsorption. If you notice empty containers of these pills around your friend’s home, it could indicate a problem.

13. They obsessively track their food

Tracking food could be a sign of disordered eating. | iStock.com

Most of us who’ve been on a quest for weight loss or healthier eating have tried counting our calories at one point or another. While this practice is suggested by many health professionals, it can be taken too far. The F.E.A.S.T. glossary says some people with eating disorders will record all the nutrition facts of the food they’ve eaten to make sure they really have a tight leash on their food intake. If any of these daily limits have been crossed, sometimes overexercising, purging, or further restriction takes places to try to make up for it.

A food diary in and of itself isn’t always an indicator that something’s wrong. But if it’s accompanied with other symptoms, it’s concerning.

Eating Disorder Hope explains brain fog is common in those with anorexia, as extreme malnutrition actually shrinks the size of the brain. This can cause confusion, forgetfulness, and depression. If your usually bubbly friend has become withdrawn and disengaged when you try to converse, it could be an eating disorder.

How you can help

There are ways you can help. | iStock.com/oneinchpunch

It can be scary when you think a friend may have an eating disorder, but there’s a lot you can do. First, the National Eating Disorders Collaboration suggests learning as much as you can about the conditions before approaching. And know everyone reacts differently — your friend may be understanding, but they could also be angry or in denial. Make sure to approach them about the subject in a place they feel most comfortable.

During the discussion, you should also avoid talking about food itself. Focus on their feelings and allow them to take over the conversation whenever they’re willing to speak. And of course, you’ll want to avoid placing blame on them at all. Always use “I” statements to express your concern.

If your friend is willing to receive help, there’s even more you can do. Try to find a local organization for eating disorder support. These groups can teach you how to best help someone with an eating disorder while also taking care of your own mental health. Remember — your well-being is important, too.