Here Are the Signs You’re Turning Into Your Father

The moment you realize you’re turning into your — gasp — father is enough to send anyone into a tailspin. Chances are, you’ve spent the majority of your life trying to prove you’re nothing like him. You’re far more laid back. Your ideas are progressive, and you have a better outlook on the world. But then you realize you’re starting to remind yourself more and more of your old man.

But it’s not necessarily a bad thing. After all, he is the person who raised the perfect version of the person you are today, right? So, before you go swapping your sensible sedan for a midlife crisis corvette, keep in mind there are some qualities you may just be happy to inherit. Others, we can’t really guarantee. Either way, here are 10 signs you’re turning into your father.

1. You have dad jokes 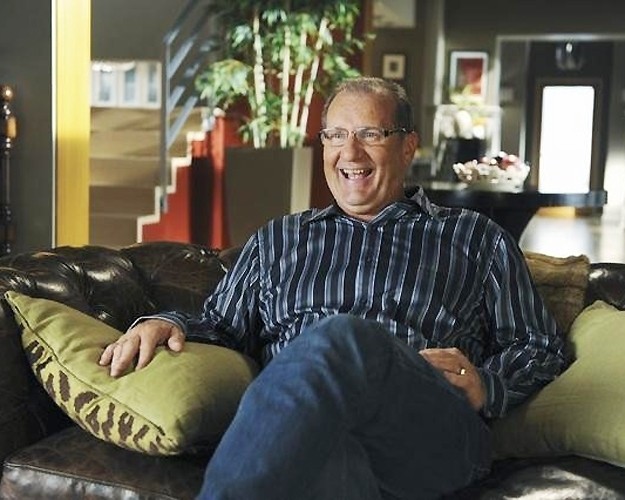 Dad jokes: There are too many to count, but BuzzFeed has a pretty good list going. The moment you start dropping lines that are more fit for a first grade audience than your fellow, quick witted mates is the moment you should really be donning a smile on your face. After all, who doesn’t love dad jokes? Like this one, for instance: “Why do chicken coops only have two doors? Because if they had four, they would be chicken sedans!” Or this: “I had a dream I was a muffler last night. I woke up exhausted!” Yes, dad jokes are corny, but oh so good. So keep them coming.

2. Your trips to Home Depot are becoming more enjoyable

You know your way around Home Depot. | Joe Raedle/Getty Images

When you were a kid, you may have dreaded accompanying your old man to home improvement stores. But, those days are long gone. Now, you’re actually excited to make a run to Home Depot or Loew’s. Not only do you know where all the departments are, you’re even starting to give employees a run for their money. As The Odyssey points out, you and your dad alike are cut from the same cloth as Ron Swanson: You know more than the people who work there. Go forth, build, fix, and tinker on.

Whether you’ve always enjoyed flipping burgers, or you’ve only recently raised the bar on your grill-tending skills, there’s no denying you’re following in your father’s BBQing footsteps. They’re big shoes to fill, but you can do it. Your love for all things gas and charcoal related has reached new heights, and perfecting the art of grillables is your newest passion project. You’re constantly on the hunt for the very best recipes, and you’re well on your way to becoming a grill master in your own right. Hats off to your old man, you learned from the best.

4. Your wallet is overly stuffed

It’s time to throw some stuff out, or get a new wallet. | iStock.com

Your wallet’s become too thick to fit in the back pocket of your pants. This can mean a couple of things. You need to go to the bank to deposit some cash, or you need to invest in a new, adult-sized wallet. Or maybe, just maybe, it’s a sign you’re slowly turning into your father.

Connor Toole hilariously writes on Elite Daily, “I try to keep my wallet relatively tidy but from what I can tell, there’s a certain point in life when a lot of guys decide they need to carry around the gas station receipt from a rest stop in New Jersey they slid behind their college ID five years ago.” The bigger the wallet, the bigger the chance you’re on your way to dad status.

5. You’ve become the keeper of electricity

There’s typically no need for the lights to be on. Ever. | iStock.com/Art-Of-Photo

Why is it that dads are always super concerned with the state of the electricity — or anything else that generates a bill — in the house? Growing up, your father would turn off every light switch he’d pass. As Metro put it, he was the light switch policeman. Now, you find yourself fulfilling the very same role.

You have a newfound appreciation for this duty now that you’re in a house of your own. Someone walks in without shutting the door? They must think you’re living in a barn. Another leaves the windows wide open while the air conditioning is on? They obviously think money grows on trees. None of this behavior is acceptable, but you know that now.

6. Your music tastes have changed significantly

It’s good to expand your horizons. And it’s inevitable that, as you age, your tastes are bound to change. More specifically, you may have gone from rocking out to electronica to streaming NPR on your daily commute. Either way, your choice in tunes is evolving, and that’s not necessarily a bad thing.

Perhaps you’ve gone from listening to your favorite DJ to tuning into jazz. Or, as Esquire posits, you can’t name a single DJ on the radio. Or, worse yet, you still use the word DJ.

7. You fall asleep in your chair, in front of the TV

Your bed has met its match. | iStock.com/txking

You clearly remember your dad snoring up a storm, remote in hand. And now, it’s becoming your M.O., too. The Brits were interested to learn more, so TV Channel Gold conducted a survey to get some stats. The Independent lists the top signs a person is turning into their father. And a couple of those chart toppers? Falling asleep in the front room and having a go-to chair of your own. So, if we take it just one step further, you might say dozing off whilst in your chair in front of the TV isn’t such a stretch.

8. You request a sensible hair cut at the barber shop

These days, you opt for sensible haircuts. | Sean Gallup/Getty Images

If you’re lucky enough to have a full head of hair, you’re probably no stranger to the barber shop. But, times are changing for that mop of yours. You no longer care to spend time styling it with gel, or plopping a hat on to cover up those overgrown locks. The Root gives a great example: “If your hair is starting to look more like Barack Obama’s and less like your favorite rapper’s, you’re probably turning into your father.” Yet again, this is probably for the best.

9. Some bars are just too noisy

A drink at home is much more your speed, with the lights off, of course. | iStock.com

You never used to think twice about going to a bar with loud music. It was common practice to have to shout at your friends for a conversation to be heard. But hey, that was normal. Nowadays, though, you wouldn’t dream of stepping foot inside such a high-volume venue. After all, enjoying a beer in the peace and quiet of your own home, according to Bustle, is probably far more your speed.

If you haven’t fallen asleep yet, you land on golf. | iStock.com

You used to think the only thing worse than nothing on TV was golf on TV. That’s no longer the case. Do you catch yourself flipping through shows, only to land on the Golf Channel? Congratulations, you’ve just inherited one more trait of your old man. Watching golf on TV, The Daily Edge says, is a definite sign you’re turning into your father.