Sometimes (OK, usually) you rely on coffee and a miracle to get up and out the door in the morning. When this becomes a habit, your health may start to deteriorate — not because of the coffee, but because of the reason you’re drinking it: sleep deprivation.

You might think a lack of sleep is just a temporary side effect of your packed schedule and overflowing plate of obligations, but if you don’t get it under control, your body is going to revolt. Here’s how too little sleep is ruining your health.

Adults need seven to nine hours of sleep per night, but the average American often fails to meet that criteria. This can lead to poor mental health if left uncorrected and increase your risk of developing a mood disorder. According to the National Sleep Foundation, research has repeatedly found a link between poor sleep and depression. Even worse, conditions like depression and anxiety can disrupt your sleep even more — a vicious cycle that can leave you feeling miserable.

Don’t want to gain weight? Get some sleep. | iStock.com/monkeybusinessimages

Do you crave junk food when you’re tired? There might be a scientific explanation for that. People who sleep less than five hours per night are more likely to gain weight, but it’s your body’s fault, not your potato chip addiction. According to Mayo Clinic, sleep deprivation might affect the hormones that control appetite and fullness, which is why you sometimes feel hungrier the days you’re running on less sleep. If this goes on for awhile, and you continue devouring more calories than usual, weight gain is inevitable. 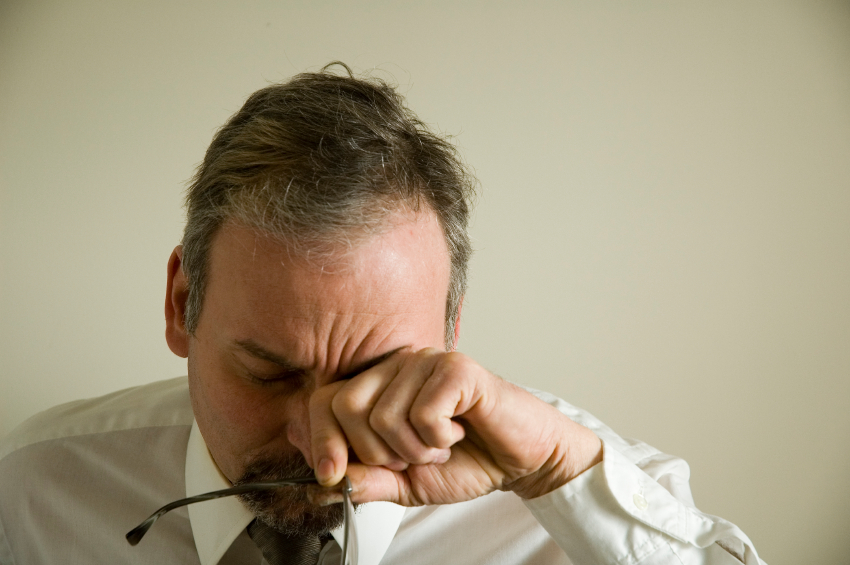 Your memory could be suffering. | iStock.com

Did you forget where you put your keys again? Your forgetfulness could have a lot to do with how little sleep you’ve been getting lately. Research suggests poor sleep affects the way your brain processes memories. During slow-wave sleep, the lower quality of sleep, memories get “stuck” in your hippocampus, which stores memories short-term. Before those memories move on to long-term storage, new memories come along and override them. It’s hard enough to remember details when you’re alert and focused. Without sleep, you’re pretty much doomed.

Sleep deprivation messes with your ability to concentrate. | iStock.com

A study from the journal Neuroscience suggests sleep deprivation can lead to a number of cognitive disorders and loss of cognitive function. Sleep deprivation can damage your brain’s hippocampus, which can affect your ability to learn and concentrate. It’s nearly impossible to remain productive when you can’t concentrate on what you’re doing. This can affect your life in a number of ways, including your job success and the quality of your relationships, and not in a positive way.

5. You have zero sex drive

If nothing else motivates you to get some more sleep tonight, this might. According to Brain Research, lack of sleep lowers testosterone levels in both men and women. This can lover sex drive for both genders, making sleep deprivation the arch-nemesis of your sex life. So if you and/or your partner haven’t been getting enough sleep lately, be willing to accept the consequences. 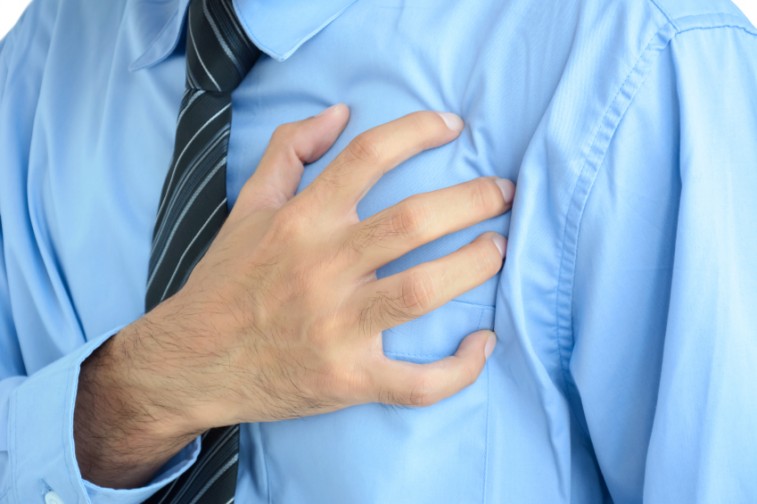 Not only sex hormones are impacted when you don’t get enough shut-eye. Poor sleep affects your body’s ability to regulate stress hormones, and research suggests this makes sleep deprivation a major risk factor for heart disease. While lack of sleep doesn’t directly cause heart disease, it can lead to high blood pressure — which is a common cause of a number of heart conditions. A heart under stress is not a happy heart.

7. It’s increasing your risk of stroke

Strokes are bad news for your brain. | iStock.com/alex-mit

If you think skipping sleep doesn’t have serious consequences, think again. Those who get fewer than six hours of sleep per night are four times more likely to have a stroke, according to a one study. Researchers believe sleep deprivation can trigger a number of stroke risk factors, including high blood pressure and chronic inflammation. Stroke can severely diminish your quality of life, affecting the way you perform daily tasks — if you can act independently at all.

8. You have a higher risk of diabetes

Your pancreas needs you to sleep better. | iStock.com/IPGGutenbergUKLtd

Going even days without enough sleep can increase your risk for developing type 2 diabetes. One small, short-term study suggests even short-term sleep deprivation can negatively impact blood sugar levels. The less you sleep, the less insulin your body produces. You need sleep — at least five hours or more — to help regulate these processes in your body.

You could be increasing your cancer risk. | iStock.com/And-One

Hoping to decrease your cancer risk through diet and exercise? Sleep is just as important. People who sleep less than six hours a night are at a greater risk for cancer. One study suggests that a shorter duration of sleep significantly increases the risk of colorectal cancer. Other research shows evidence that less than six hours of sleep also shows an increased recurrence of breast cancer, especially among post-menopausal breast cancer patients. Eat well, exercise often — but get enough sleep while you’re at it.

Get enough sleep to live a long life. | iStock.com

Living a long, healthy life might depend on whether or not you’re getting enough sleep, no matter how young you are. A meta-analysis shows evidence that those who get the least amount of sleep are more likely to die sooner. Sleep deprivation activates so many risk factors associated with disease and poor health that early death isn’t that surprising. Sure, you can “sleep when you’re dead” — but you’ll get there a lot faster if you don’t take care of yourself.